Contractors will be working under an ambitious timeline as the team wants to kick off the 2020 season at the new stadium. 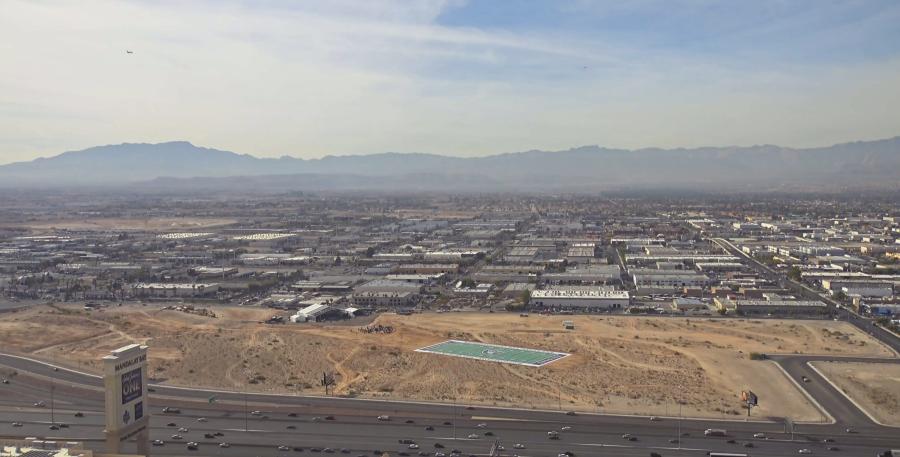 Contractors will be working under an ambitious timeline as the team wants to kick off the 2020 season at the new stadium.

LAS VEGAS (AP) In a ceremony that balanced the glitz that Las Vegas embodies and the tragedy from which it is still recovering, the Oakland Raiders broke ground on Nov. 13 on a 65,000-seat domed stadium across the freeway from the city's world-famous casinos.

Prince protegee Judith Hill opened the ceremony with a rendition of Andra Day's song "Rise Up" as police, firefighters, EMTs and other members of the local community walked through a temporary venue to a standing ovation. Fifty-eight beams of light shone behind the stage, each representing one of the victims of the Oct. 1 attack, which was the worst mass shooting in modern U.S. history.

"Only in Vegas can you turn a ground-breaking ceremony into a show," NFL commissioner Roger Goodell said during the event.

Contractors will be working under an ambitious timeline as the team wants to kick off the 2020 season at the new stadium. But the Raiders have yet to reach crucial agreements for the $1.9 billion project and now stand to lose millions under the tax reform bill U.S. House Republicans unveiled earlier this month.

The Raiders' relocation to Las Vegas was a plan years in the making after NFL owners shot down their plans to move to Los Angeles. Shortly after, casino mogul Sheldon Adelson announced his interest in helping build a domed stadium on the UNLV campus that could be shared with a professional team.

Lobbying began, and the Nevada Legislature approved a tax increase to contribute $750 million to the project. Adelson later withdrew his multimillion-dollar pledge from the project, and the Raiders chose a different site for the stadium.

UNLV and the Raiders will still share the stadium, but the joint-use agreement is pending.

So is an agreement that is meant to ensure the greatest possible participation by the local community in the design, construction and operation of the stadium. The agreement, known as the "community benefits plan," has been the subject of public debate during meetings of the Las Vegas Stadium Authority board, the public entity responsible for overseeing the stadium. A draft the team presented during a recent board meeting requires that minority and female workers carry out at least 38 percent of construction work hours and 55 percent of operation hours on event days.

While Dan Ventrelle, Raiders executive vice president, described the proposed agreement as the most aggressive ever for a stadium project, board members expressed concerns over the hiring targets.

The financing plan for the Raiders stadium includes $750 million in publicly issued tax-exempt bonds. The Raiders and the NFL are expected to contribute $500 million to the project, while the team has also secured a $600 million loan from Bank of America for construction.

But the tax-exempt bonds are now at risk. The GOP tax reform bill released last week would bar state and local governments from issuing tax-exempt bonds for stadium construction, a common feature of stadium deals over the past two decades.

A study on stadium subsidies released last year by the Brookings Institution found that the federal government has subsidized stadium construction to the tune of $3.2 billion since 2000. The staff contracted by the stadium authority has estimated that the bill could cost the public board $3 million a year.

After the ceremony, Nevada Gov. Brian Sandoval said he is hopeful that any version of his fellow Republicans' tax overhaul proposals won't include that language.

"I don't know what the fairness of that would be. We already made this deal," he said.