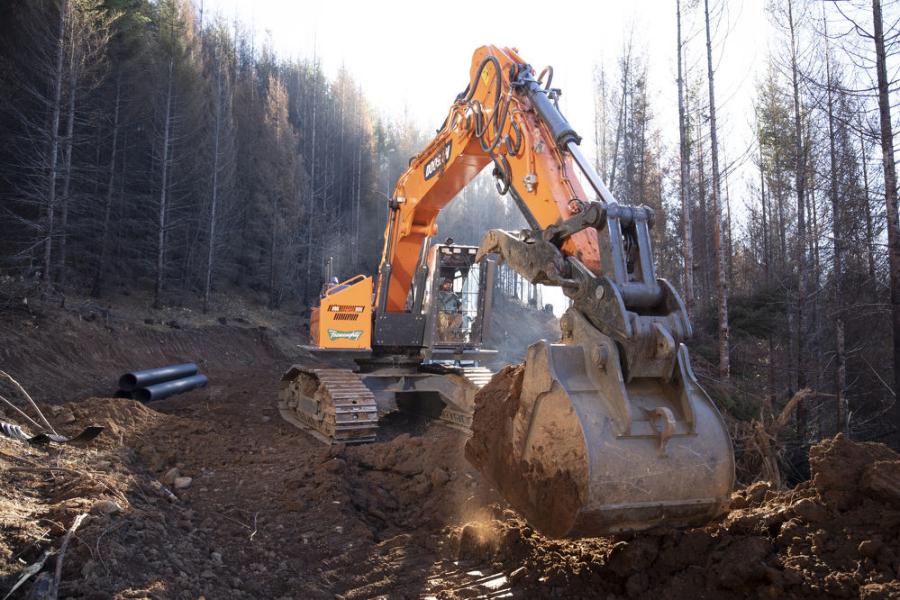 The Doosan 300 has a forestry approved cab that is structurally engineered for the safety of the operator so that it would withstand impact and not collapse if rolled over.

That purchase went a long way for Leininger to achieve project success, so much so that he decided to add a Doosan 300LL-5 road builder and a Doosan DX 140 excavator from Feenaughty this year. 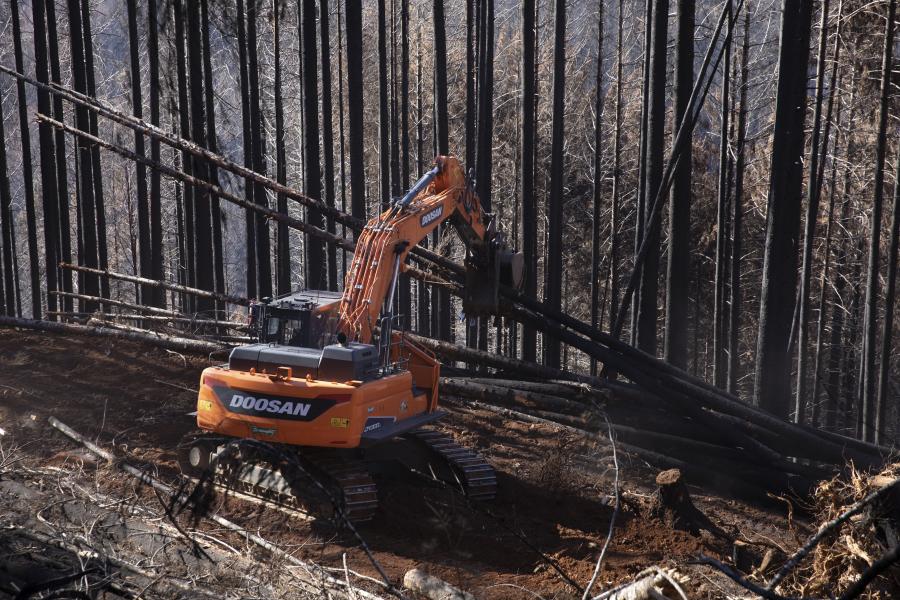 "Bobby Meyers was keeping in contact with me," Leininger said. "He swings by my office once a week and leaves a card to let me know he was here. Their customer service was fantastic and that to me means a lot. That's how I choose — customer service, availability of machinery and price. We've been real happy with them. No issues."

The new equipment turned out to be important tools in fighting and cleaning up after wildfires that ravaged the Oregon landscape last summer. The company is signed up with the state and federal forest service to help out when wildfires strike.

"The fires came real close to me," Leininger said. "I'd say a mile and a half from us evacuation orders were in effect for a while. It was really, really, really smoky. But we were fighting the fires and we were out in it. We had one guy on the fire for 14 to 15 days. We had excavators and Cat D-8s cutting fire lines, and our lowboy mobilization. The Doosan 300 has a forestry approved cab that is structurally engineered for the safety of the operator so that it would withstand impact and not collapse if rolled over. The Doosan's high and wide undercarriage is perfect for out in the woods."

Founded by Leininger's uncle, R&L has been in business since 1980, when it began with just one backhoe.

R&L's specialty has been building and maintaining logging roads. In 2009, they planned to expand into rock crushing, but the downturn in the economy nixed that. So they bided their time, studying the market while waiting, and in 2015 moved into rock crushing, which is in demand in the summer. 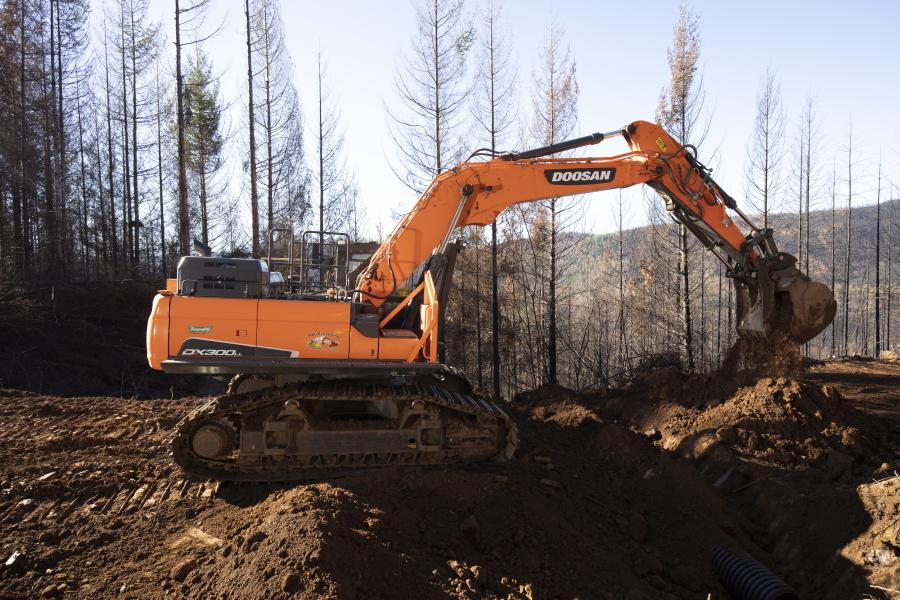 "The logging companies like to build the roads in the summer when it's dry and we get them rocked with jaw run, which is like 4.5 to 6.5-inch rock," Leininger said. "They get the rocks compacted in summer and put jaw run on the roads. That way, we get by with using a lot less rock than using straight quarry rock. Then they use the roads in the winter."

Since 2015, R&L has been heavy into rock crushing and currently has five rock crushers now. Three Doosans came from Feenaughty, while Caterpillar and John Deere crushers came from Peterson CAT and Pape Machinery, respectively, both located in Eugene. R&L also does business with Evergreen Tractors.

They also do a lot of smaller rock for maintaining the roads during the winter and are always looking to expand.

"Ninety-nine percent are old rock pits that they've used over the years on timberline," Leininger said. "It's allowed us to expand from who we normally work for to just more opportunities for crushing.

"Our recipe for success is pretty simple," he added. "You've got to work hard, be honest and watch for the little areas. Like when we got into rock crushing, it was just a niche with one of the outfits we work for. I guess you would call that foresight." CEG