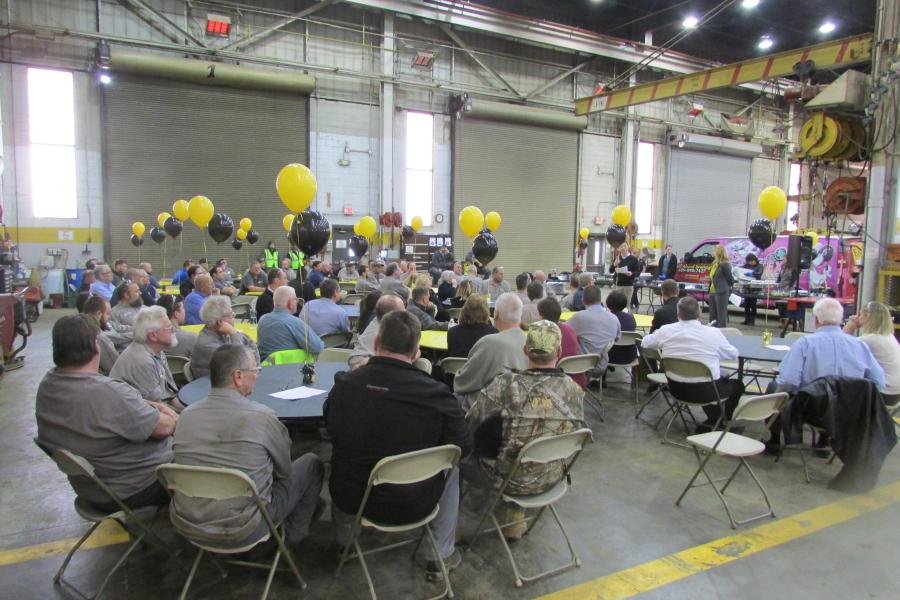 The award honors the memory of Frank I. Scott III, who was a dedicated Ransome CAT employee for 42 years, and is presented annually to one or more construction service department employees who have demonstrated exceptional dedication to Ransome CAT and to its customers.

In addition to adherence to Ransome's vision, mission and core values, four criteria are evaluated when determining who receives the award: customer relations, quality of work, profitability and leadership.

The winner or winners receive a $1,000 cash prize and has his or her name engraved on a plaque displayed in the construction service department. In addition, a smaller award is given to the employee to display in his or her work area.

The nominees for the second annual Frank Scott Memorial Service award were:

Frank Scott's sons — Ken Scott, a 1st Class mechanic at Ransome CAT, and Frank Scott Jr. — and daughter, Denise Feger, attended the luncheon and also participated in the award selection process. Frank Scott passed away at the age of 63 in December 2014.

“We appreciate seeing our team together, along with the Scott family, as well as some of our valued customers, for this presentation of the Frank Scott Memorial Service award … especially on a day like today, Frank Scott's 66th birthday,” said Hass.

“Frank Scott was a beacon of excellence for the Ransome construction service department for 42 years. His legacy and impact on our company, employees and customers live on though all who knew him, every day. Whether as a technician, technical coordinator, supervisor or general manager, Frank was able to use his amazing wealth of knowledge and experience to mentor and lead our service team to success for both Ransome and our customers. That is the spirit of this award.”

“October 23, 1972, was an important date in the history of this company,” she said, referring to the date Frank Scott first joined the company. “Frank [Scott] solved countless technical problems with machines over his many years here. His efforts were what has made our company strong and to grow. Frank never beat around the bush … he said what he meant and meant what he said and he always did right by our customers. People respect that and I respect that.

“This year, we had a number of very qualified candidates, but it came down to two distinguished individuals: Paul Pacek and Frank Mattis. These two have a combined 86 years with Ransome CAT, and they both exhibit the values and leadership that come with receiving this award.”—CEG