Rayco Thanks Customers With Event at Its Headquarters 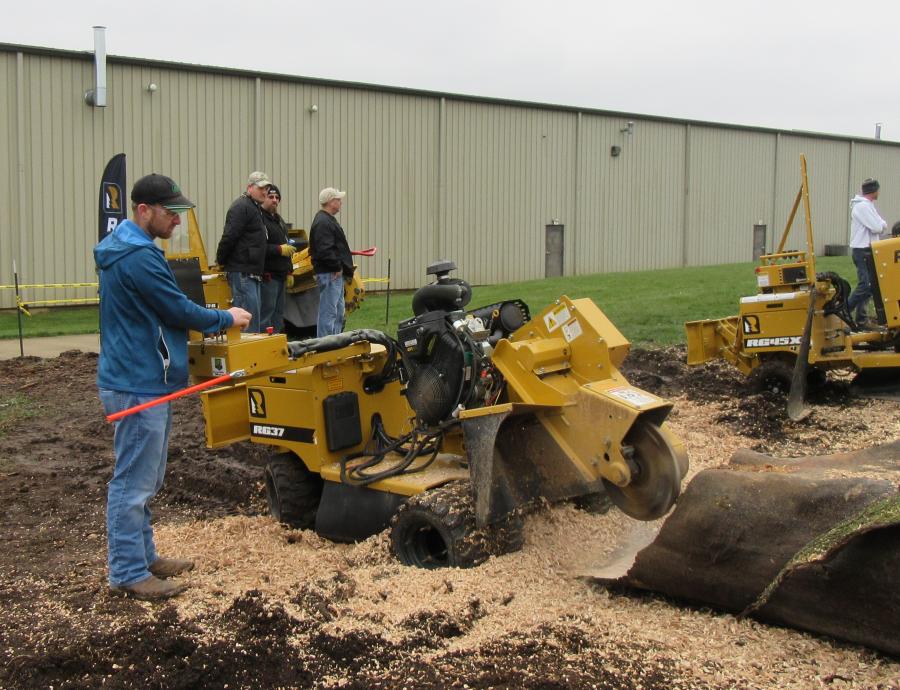 Paul Lemmon of Lemmon’s Stump Removal was impressed with the output of Rayco’s RG37, stating that it was a surprisingly solid unit for its size.

Rayco Manufacturing Inc. held a customer appreciation open house at the company's headquarters location in Wooster, Ohio, on April 1. More than 275 attended the event from Ohio as well as Pennsylvania, Indiana, Michigan and West Virginia, and from as far away as Germany. The event featured an extensive indoor static equipment display of the company's lineup of environmental, forestry and site prep equipment, including brush chippers, stump cutters, cutting tools, forestry mulchers, horizontal grinders, crawler trucks and mechanical trimmers.

Several of Rayco's latest machine introductions were on display and drew a good deal of attention. Among the recently introduced machines was the new RM27 a self-propelled, rubber tracked tool carrier powered by a 26.5 hp Kohler, fuel injected, gasoline engine. The RM27 is designed for versatility with the ability to carry a variety of work tools, including Rayco's stump cutters, tillers, trenchers, snow throwers, power brooms and push blades. Many in attendance agreed that the new model would be ideal for working in landscaping situations where work space is limited.

A popular feature of the event was the outdoor demonstration area where attendees were able to see several of Rayco's machines in action and try them out for themselves.

Attendees of the open house enjoyed a catered lunch served up by Rayco employees as well as door prizes and customer appreciation specials. —CEG