The MR6 gets mixed with other road-making materials to hold the street together, replacing the need for the oil-based substance known as bitumen. 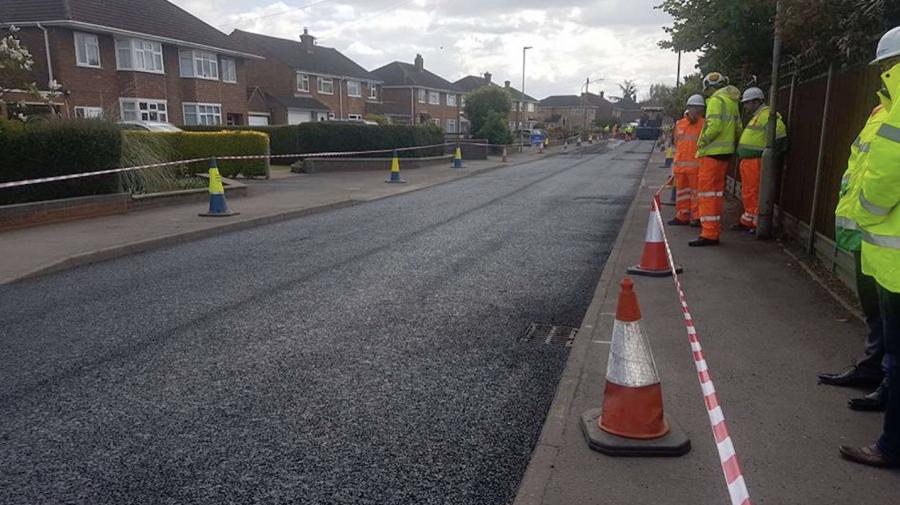 A Scotland-based company called MacRebur has come up with a way to create roads that are made of recycled plastic, and are stronger and longer-lasting than normal asphalt-based roads.

The roads are made with a material that MacRebur calls MR6. The MR6 gets mixed with other road-making materials to hold the street together, replacing the need for the oil-based substance known as bitumen. Generally, roads are built of 90 percent rock, sand, and limestone, and 10 percent bitumen-but MacRebur's substance replaces the need for that last wasteful material, according to Inhabitat.

The MR6 is made entirely from waste materials that get mixed into asphalt to create the durable roads. According to MacRebur, roads built with MR6 are less likely to crack than conventional roads; the company says they also lessen tire resistance, which could help improve fuel economy for any vehicles using the roadway.

Currently, the roads are being put down in northwest England in Cumbria County. The first stretch of MR6-infused road was in the driveway of Toby McCartney, MacRebur's founding engineer, according to Inhabitat.