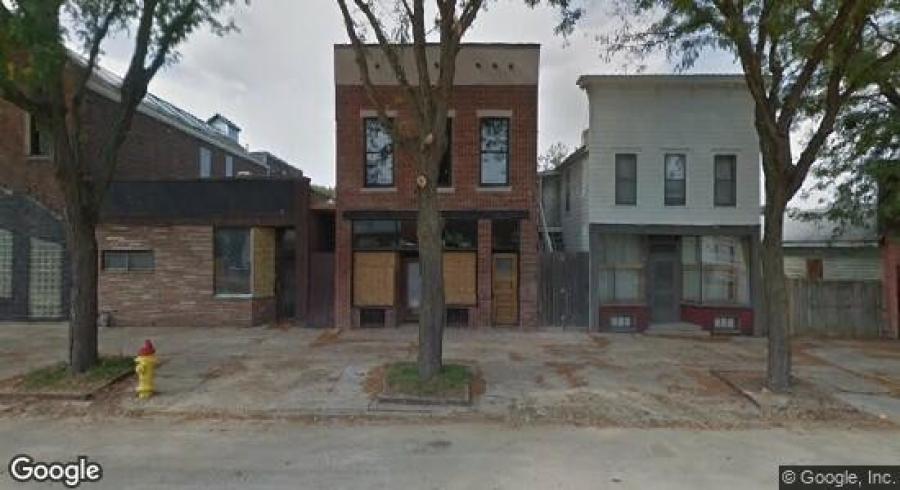 Now the local collector is rescuing an entire 125-year-old building previously headed for demolition, the Omaha World-Herald reported. He's in like-minded company as he rehabilitates 1420 S. 13th St. into a possible event center — the property is near a broader commercial pocket south of downtown Omaha that local real estate company PJ Morgan has been trying to revive.

Horejsi and a few other newcomers to South 13th Street are part of the latest mini redevelopment ripple in Little Bohemia. Not all of the recent arrivals are affiliated with the Morgan group, but PJ Morgan broker Colleen Mason welcomes that blood into the mix, calling it “organic” growth she hopes will pull even more merchants, workers and shoppers to the area known for its historic immigrant roots.

“It's exciting to see this momentum working its way through the neighborhood,” said Mason, whose company three years ago started investing in run-down structures with an aim to resurrect the commercial enclave.

She and Ryan Ellis, president of the Morgan company, have led the purchase so far of about 10 properties including neighborhood anchor the former Bohemian Cafe, the former Maryland Theatre, and an old bumper and auto business.

A stroll along the 13th Street corridor near William Street revealed a few fresh gems in not-so-new buildings along the corridor. The recently settled entities lean toward the arts and creative side. Among them:

Two businesses, a branding firm and a new-to-market menswear shop, are set to move soon into a 130-year-old structure so full of nostalgic soul that sole prints of past machine workers remain imprinted in the floor. The new owners of 1414-1416 S. 13th St. are preserving historical elements that also include wood floors and a tin ceiling. After renovation, the property will house the ownership group's companies: Grain & Mortar and Vincent Outfitting Co.

OutrSpaces, a nonprofit that provides space for artists to rehearse and perform, moved to a building that dates to 1900. The site at 1258 S. 13th St. is leased from another nonprofit, and includes several studios, conference rooms and a main performance area that can hold about 200 people. Among shows featured there so far: an R&B singer, a quartet, a talent show, an art exhibit and a Trans Day of Visibility.

Omaha Creative Institute, a nonprofit whose training helps artists build economically sustainable careers, in February moved from co-working space in north downtown into about 1,600 sq. ft. of renovated space on the east side of 13th south of William Street. The industrial-style workplace is part of a structure owned by the Morgan company, which also leases a chunk of it to Archetype Coffee, which is about to open.

On OCI's northern exterior wall is a colorful new mural that's among grant-supported public art pieces sprucing up a little-used alleyway that runs east-west between several of the neighborhood commercial buildings. Ceramic birdhouses soon will hang from an old tree in the alley, another element intended to activate the area into a pedestrian-friendly strip.

Philip Kolbo, co-founder and board president of OutrSpaces, said he feels fortunate to be on the front end of the latest redevelopment. He said that early arrival positions his team to help define the area's new personality.

“It made a lot of sense being in this community,” he said. “We're glad we got in there as all of this is coming through.”

OutrSpaces, which is a year old and survives largely on member fees and showgoer donations, has more room on 13th Street than at previous digs near 25th and Farnam streets. It's sandwiched between two other old buildings, one of them being longtime staple the Donut Stop, which often is baking its sweet fare when late-night shows end.

“It's great to see people file out and get their obligatory doughnut,” Kolbo said. “That was another draw.”

To the south, new neighbor Grain & Mortar had been growing for six years at the Mastercraft building in north downtown Omaha before its leadership bought 1414-1416 S. 13th St. from the Morgan company.

Spokesman Jesse Harding said the group was eager to invest in its own property, and will share the structure with sister company Vincent Outfitting. Harding estimated the project cost at $350,000.

Of the neighborhood, he said: “It has that history and feels like it's in a small town, but you're less than a mile to the Old Market.”

Harding worked at Grain & Mortar with Mike and Kristin DeKay and Eric Downs, but has turned his attention to the menswear store named after his great-great-great-grandfather. Vincent Burkley was a German immigrant who arrived in Omaha in 1855, a year after its founding, and established one of the earliest clothing stores in the city.

Heavy renovations on the structure that most recently was a bookstore, and is just south of the Bohemian Cafe, was expected to wrap up in April. Then the group plans to move the branding team into one side. The clothing store is to open on the other side in August, after the owners have built inventory.

Among the striking transformations on the corridor is the Horejsi property located a few doors south of Vincent Outfitting and Grain & Mortar. Like other structures of its era, living quarters were built atop a street-level storefront.

A World-Herald reporter walking the corridor recently found Horejsi and his team installing new floors and walls in what in its early days served as the Prague Bakery. They had gutted the property, and nearly 80 dumpsters and loads of scrap later, Horejsi said, it began to look like it could be revived.

“Everybody thought I was crazy,” he said. “My own attorney advised against this. He said you don't need an attorney, you need a doctor.”

A back door opens to a courtyard Horejsi envisions as a European garden where musicians might perform. Beyond that outdoor area, a door opens to a second building. Horejsi has not decided how to use the property, but says one possible use could be an event center. For sure it will be home to some of the architectural pieces he's collected.

He said an upstairs area, which has huge windows and unobstructed views to downtown Omaha, would become housing, perhaps for Horejsi.

Frosting on the project is the art — stained-glass windows, decorative cornices and other relics he's collected over the years. They'll be positioned throughout the property, including on its facade.

Reflecting on reasons he bought the building, Horejsi said he's always been fascinated with old things and that includes the 13th Street corridor.