In 1986, 20 people gathered at Baker Beach, San Francisco and built an 8-ft tall man, which was then burned to honor the Summer Solstice and thus was born the annual Burning Man event, now held in Black Rock Desert, Nev., every Labor Day weekend. The 2008 Burning Man attracted more than 49,000 participants, known as Burners, who built a man who stood atop an obelisk to represent the American Dream.

From one small event more than 20 years ago, a huge organization was formed. And from that huge organization, Burners Without Borders (BWB) was formed. It began in 2005 when, after the annual Burning Man event, a group of Burners decided to head south and lend a hand to the Hurricane Katrina disaster relief efforts. The number of volunteers swelled and all together they spent eight months working in Mississippi in several of the hardest hit areas, giving their time, which amounted to more than $1 million worth of reconstruction and debris removal.

Burners Without Borders has, in the words of the organization, “emerged as a community led, grassroots group that addresses gaping needs where existing cultural and societal systems are failing.” There are regional groups throughout the United States whose reach extends to help through many types of need.

On the Gulf Coast Again

Recently, BWB returned to the Gulf Coast, which once again received the wrath of a hurricane, this time Ike, in September. Richard Scott, one of the founders of BWB, worked in Sabine Pass, Texas, for a month to restore the area that had been hit hard by both storms.

Members of Disaster Corps, headquartered in Tarboro, N.C., and BWB arrived in Texas on Oct. 6 and scouted out a number of badly hit areas, settling finally on Sabine Lake as the place they could help the most.

“In September 2005, Hurricane Rita came ashore over Sabine Lake. The surge from the storm destroyed more than 90 percent of the structures in Sabine Pass. Hurricane Ike struck Galveston, Texas, in September 2008, but managed to generate the highest surge ever recorded at Sabine Pass. Most of the homes that had survived Rita were destroyed. The new fire station and school gymnasium, built by ’Extreme Makeover: Home Edition’ after Rita were both totaled. With a population of 2,200, nearly everyone in the town was affected by Rita, Ike or both,” Scott said.

On Oct. 10, Four Seasons Equipment, Houston, in conjunction with Hyundai Construction Equipment USA Inc. donated a Hyundai loader and excavator for Disaster Corps and BWB to use in their efforts.

“We hope that by providing this small measure of support to the volunteers, the residents of Sabine Pass will be able to recover from this disaster and begin the rebuilding process. Once houses and the surrounding areas are demolished and cleared, the rebuilding process for their lives really begins. The volunteers plan to stay in Sabine Pass until the job is done and Hyundai plans to stand behind them,” said Robert Urry, communications and sales promotion specialist, Hyundai Construction Equipment USA Inc.

“We started tearing down houses that afternoon,” Scott said. “Since then we have taken away 16 demolished houses, cleared four collapsed houses off their lots, towed seven travel trailers out of the marsh — there are tons of them, a lot of people are still living in trailers from Rita — back-dragged half a dozen lots for trailers to move in and cleaned up debris from a half dozen lots. And of course there are the little myriad side projects every time one of the machines moves from one place to another.”

“We” is the surprisingly small team of Scott, Margaret Balliet of Disaster Corps and, for part of the month, a local equipment operator named Corbett Weeks, who was born and raised in Sabine Pass. Scott said, “It’s pretty cool that two people could do so much with the right equipment. I can’t tell you how professional Four Seasons has been. It’s a wonderful opportunity to work with individuals that are looking after the human race in a disaster and not out looking to take advantage of the disaster and make a quick buck. The equipment was top-notch for sure. Four Seasons and Hyundai rock.”

Scott estimates that his team has done at least $55,000 of free tractor work, taking into consideration the square footage of the homes they’ve cleared and the average price that companies are charging for demolition work in the area.

Mitch Nevins, COO of Four Seasons said, “We at Four Seasons are proud to be able to lend a hand to such a worthy cause. The work that BWB and Disaster Corps were able to accomplish with the Hyundai equipment and the help of one local operator is phenomenal. It’s great to be able to make a difference for people who really need a break.”

Leaving Hope In The Community

“It has been a great experience meeting members of the community. Just about everyone around here is related and many were born and raised here. There is a shared love for this town and people are determined to stay, despite being totally devastated twice in three years. We have several more houses on the list and we will just keep on working until the hour we leave,” Scott said.

After he leaves Scott will take a well-deserved break before returning to his year-round position with Burning Man, where he manages equipment operations. He hires 30 operators and riggers and rents one-quarter million dollars worth of equipment for the event each year. He became a Burner six years ago when he was hired to install sculptures with a crane and has never looked back. CEG 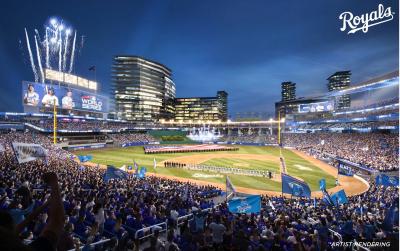 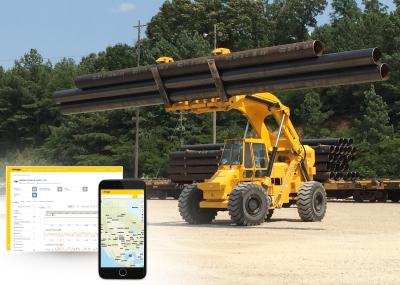 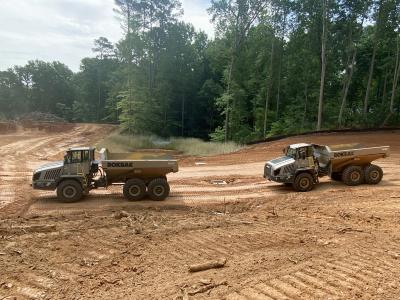 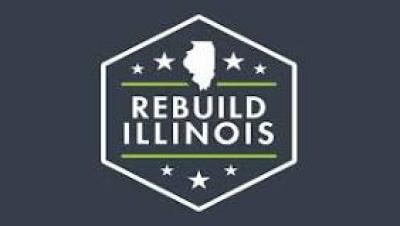 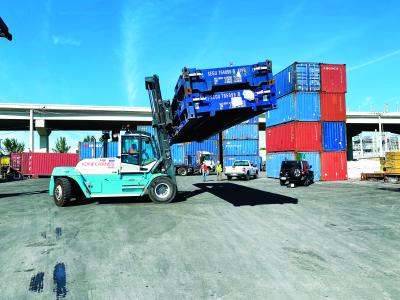