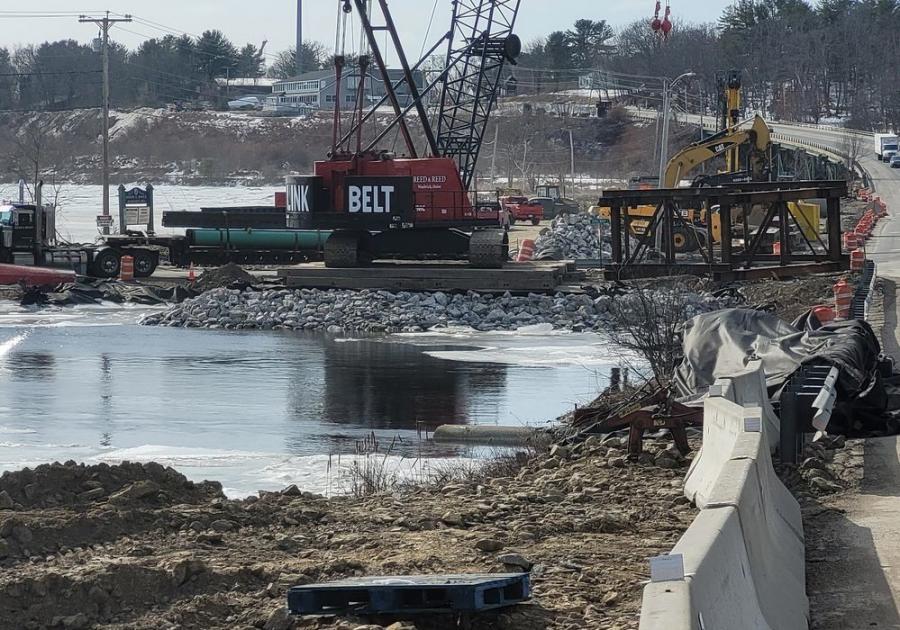 With the year-long wait to build the road and the complexity of the bridges, the project won’t be quick. Construction is scheduled to be completed by November 2024.

The Maine Department of Transportation is replacing a deteriorated bridge in Woolwich and adding another new bridge to the project to address flooding concerns on Route 1.

The total cost of the project is approximately $40 million and the construction contract is $33.5 million. The contractor is Woolwich-based Reed & Reed.

The Station 46 bridge, which carries Route 1 over the Back River Creek Marsh and Rockland branch of the Maine Central Railroad in Woolwich, was built in 1933 and is an aging structure with areas of significant deterioration, according to a Maine DOT. 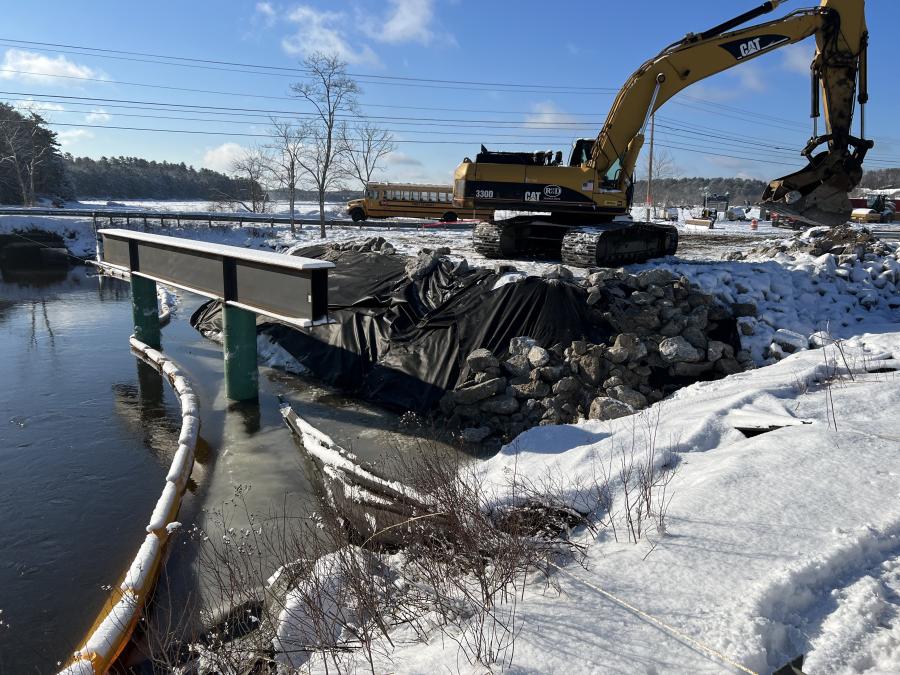 "The reconstruction of Route 1 will raise the roadway by approximately five feet to address flooding concerns and sea level rise. This project also involves the construction of an 85-foot-long bridge [the Pleasant Cove Bridge] to replace two culverts near George Wright Road; this work is being done to protect Route 1 and to eventually help restore tidal flow to the marsh."

The Pleasant Cove Bridge is being constructed to address existing flooding concerns on Route 1 and protect it from projected sea level rise and eventually restore full tidal flow under Route 1 and the marsh located west of the area.

Onsite work began in January. Currently, the contractor is building a temporary detour roadway to maintain one lane of traffic in each direction on Route 1 throughout construction.

"Right now, we are using cranes to set up drive piles for the temporary bridge," said Jack Parker, chairman and CEO of Reed & Reed.

Garrett and Maine DOT Project Manager Devan Eaton said the temporary roadway would be as wide as the current one. And once the detour is open, traffic should keep moving smoothly, though more slowly than usual, because speed limits will be reduced.

The project is complicated by the salt marsh and the water that flows in and out of it. This section of Route 1 occasionally floods on extra-high tides. Climate change presents an even more significant threat of flooding than already exists, with sea levels expected to rise 4 ft. over the next 100 years. That's why the road is being raised at least 5 ft. and more in some places, according to Eaton.

Raising that road poses a challenge for Reed & Reed because of the salt marsh. Seawater from the Sasanoa River flows in and out of the marsh every day, and that flow will increase once the smaller of the new bridges replaces old, outdated culverts.

Parker said they have to make sure the road remains stable and doesn't sink under traffic pressure. They will install more than 100 wick drains, perforated tubes driven as much as 135 ft. into the clay that underlies the marsh. The drains will be driven in along the roadway's path, which will then be buried in 11 ft. of gravel or other fill material.

"We will install six feet of gravel so the new roadway won't settle," Parker said, adding that it will remain in place for a year."

"And everybody will drive by and wonder what we're doing." Garrett said. "But that weight of the extra material will squeeze the water out of the subsoil. It will come up through those wick drains and out into the marsh. And that will pre-settle the road so that when the new road is built, it will never settle again." 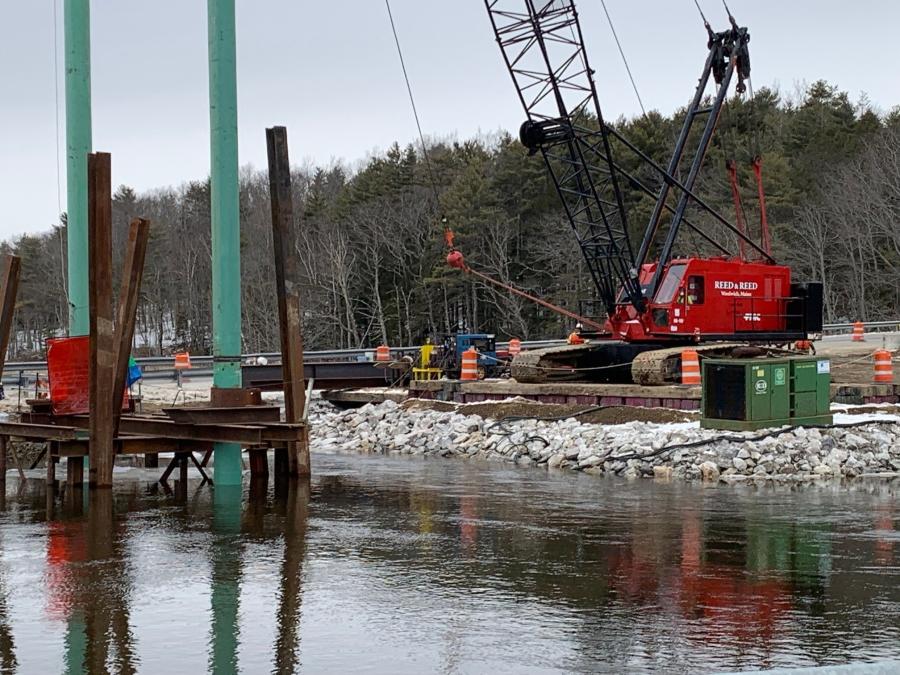 While the road settles, Reed & Reed's crew will build the new bridges.

With the year-long wait to build the road and the complexity of the bridges, the project won't be quick. Construction is scheduled to be completed by November 2024.

"Route 1 is one of the most important roadways in our state," said Eaton. "Maintaining safe and efficient passage through this area is extremely important to the economy. Our work to replace this bridge was designed to minimize traffic impacts. This project will also increase resiliency on a key piece of coastal infrastructure."

"We are pleased to build this key project right in our backyard," Parker said. "Reed & Reed widened and rehabilitated that same bridge in 1980, so we are happy to upgrade it once again. Some of our employees who worked on that 1980 project are still with us, and I'm sure they will be back on the project this time." CEG