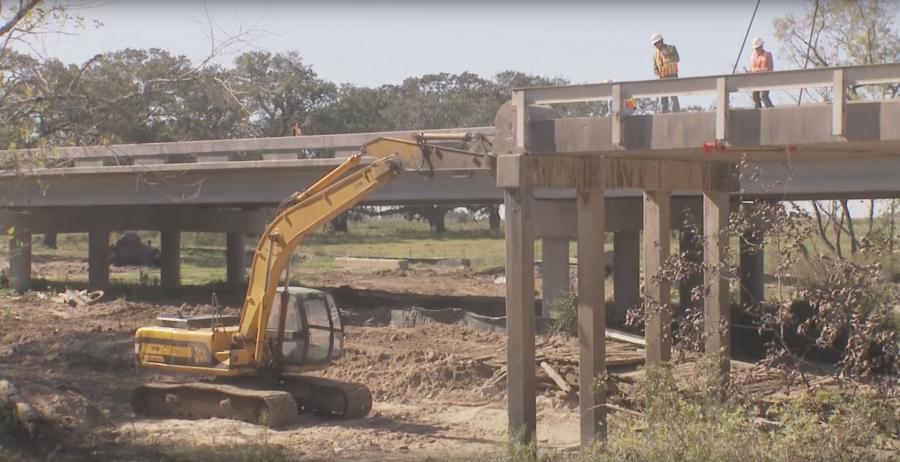 America's highway bridges need repair. Everyone agrees more money needs to be spent on them. So many bridges are “structurally deficient” that every local TV news team gets to pose a nervous-looking reporter on a local bridge and infer that the structure is apt to collapse the next time they drive across it — if it doesn't implode on camera under the weight of the reporter.

In reality, of course, such collapses are extremely unlikely. Much of the consternation surrounding the nation's bridges can be explained in the old saw about lies, damned lies, and statistics. That is, there are lots and lots of numbers attesting to the less-than-pristine condition of tens of thousands of highway bridges in the United States, but they do not necessarily add up to impending catastrophe.

It sounds very severe to a layman,” said Glenn A. Washer, a professional engineer and professor of civil and environmental engineering at the University of Missouri. Washer is not a layman. Before he became a university faculty member, he worked for 14 years as a researcher at the Federal Highway Administration's Turner-Fairbank Highway Research Center in McLean, Va., where he practiced the science of bridge inspection.

He knows bridges. He also is a member of the American Society of Civil Engineers, the organization that periodically issues a report card on the infrastructure of America. The society's 2017 report gave the nation a C+ for the condition of its bridges. But wait … That means Uncle Sam is a whisker away from a B-. Many a student would kill for such a grade. Furthermore, the very first ASCE report in 1988 also graded highways and bridges with a C+. That may not be evidence of progress, but it at least suggests stability.

With all due respect, where's the crisis? A look at the numbers in the 2017 ASCE report suggests that, while there is cause for genuine concern especially in respect to funding, the state of bridges in the United States is not as quite as dire as frequently portrayed in popular media. For a look at numbers, here is the summary paragraph from the ASCE report: 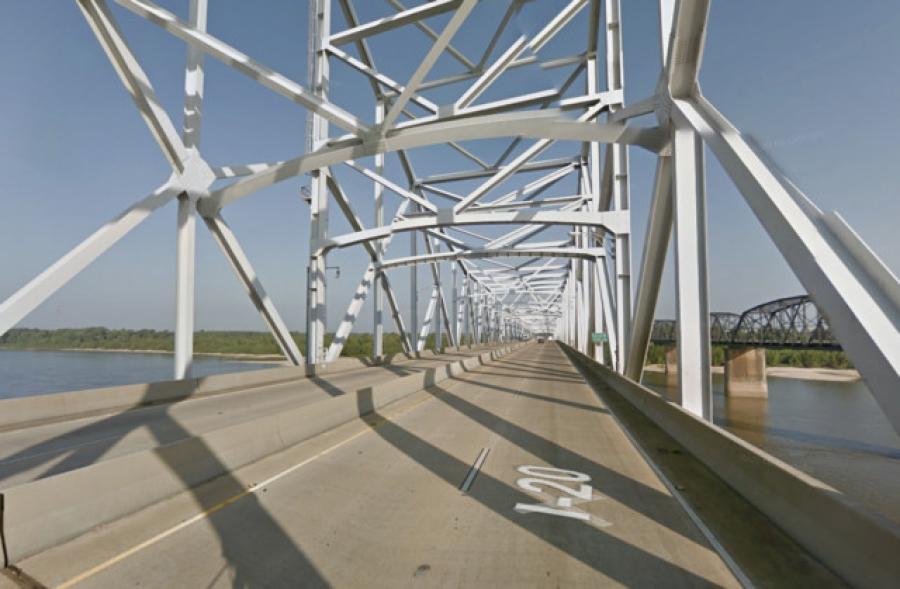 The essential takeaway from the summary is that there are lots of old bridges across this land and many millions of vehicles passing over these bridges on a normal traffic day. Though the number of deficient bridges is decreasing each year, the average age of the bridges is rising and common sense tells us the structures won't stand forever. Many billions of dollars must be invested to completely rehabilitate them.

This is all unsettling, if something less than horrific, and reasonable people are grateful for the issuance of the ASCE reports. However, the organization's description of the problem comes a cropper in its reliance upon the term “structurally deficient.” The phrase infers rickety structures on the verge of collapse. In fact, the ASCE defines the term as “a bridge that requires significant maintenance, rehabilitation or replacement” and goes on to say: “Structurally deficient bridges are not unsafe, but could become so and need to be closed without substantial improvements.”

Washer acknowledges that being deficient doesn't mean a bridge is going to fall down.

“The term 'structurally deficient' does cover a pretty big area, but it means a bridge needs to be maintained to remain serviceable. For example, if you can't drive across a bridge at normal speed in normal traffic because potholes and patches slow the flow of traffic, that bridge can be described as structurally deficient.”

He was asked how many functioning bridges in the country are actually “unsafe.” Not many, he suggested.

“Unsafe bridges get closed. When a bridge is unsafe, it is closed. That does not happen often. More often, a load [maximum weight] posting will be put on the bridge, which means the bridge in question is safe for all vehicles meeting the posted load.”

Bridges generally are inspected every two years by qualified inspectors who hew closely to federal guidelines. Suspect bridges are inspected annually. Washer says state and federal highway authorities are serious about assessing bridges and “pretty cautious” about safety issues. On the other hand, until a closely watched bridge shows real evidence of being unreliable, it is kept open.

In his federal career, Washer was involved in bridge inspection and inspection technology. At the university, his technical focuses are on materials science, structural engineering, and “nondestructive evaluation.” The latter refers to a “host of technologies” that are utilized to determine the true condition of these structures.

Ultrasonic and other technical tools detect defects in welds and materials, hidden stresses and failures, and any other deteriorated components of a bridge. An example is a fully automated data-collection device that robotically and comprehensively assesses bridge decks. It was developed by the Federal Highway Administration and Rutgers University.

The ASCE report sets the average age of a U.S. bridge at 43 years. As a benchmark for concern, the report cites bridges that are a half-century old. Why 50 years? Because, the report writers say, “most of the country's bridges were designed for a lifespan of 50 years.”

According to Washer, that 50-year standard is mostly a rule of thumb.

“I don't know that there is any science around that number. Bridges aren't built for a thousand years, nor for 10 years. There is not really an equation that suggests a bridge's useful life runs out at 50. Because a bridge is 51 years old doesn't mean it is about to fall down. Theoretically it could stand forever.”

Corrosion Is the Enemy

Highway structures are as vulnerable to the passage of time as any other manmade structure. Given enough years and seasons, natural elements deconstruct about everything. The gradual chemical erosion of metallic components, a process called corrosion, is usually what weakens the integrity of a bridge.

“When you have damage to a bridge structure, 98 percent of the time it is because of corrosion,” said the Missouri university professor.

“A bridge's lifespan is time dependent plus is subject to its environment and how much chloride [de-icing solution] it experiences,” he said.

Various protective measures have been engineered into modern structures to mitigate the impact of corrosion. An epoxy coating is applied to rebar imbedded in concrete beams and pillars to at least slow the erosion process. More impermeable concrete has been developed to stop water and chlorides from penetrating and a sealer membrane is placed between bridge decks and the top driving course of roadway pavement.

“Engineers are designing bridges to eliminate the joint between a bridge and the connecting roadway. The joint allows chlorides to seep down into abutments.”

Actually the joint isn't eliminated so much as it is moved. The joining of highway and bridge now commonly occurs off the bridge itself, above dirt rather than atop a concrete superstructure, so that water and chlorides are absorbed into the ground.

Bridge decks usually are the first component to fail because, as Washer noted, that's where rubber meets the road, where pounding and skidding and vibration occur. Potholes and cracking result, deteriorating the paved surface. Corrosion in abutments is the second most common repair in a bridge. The third is corroded girders.

“Corrosion in girders typically doesn't occur in the middle but at the end where a joint lets chlorides spill onto it,” he said.

To fix that, newer bridge designs funnel the water away from the girders.

The Secretary of Transportation established national bridge inspection standards precisely 50 years ago to track the condition of the structures. Resulting inspections and record-keeping are the basis for the ASCE numbers and other bridge cataloging. From the statistics, it is possible to cobble together such tables as “The Top 10 Most Traveled U.S. Structurally Deficient Bridges by State, 2017.” https://www.artba.org/wp-content/deficient_bridge/Top10BridgesbyState_2018.pdf . The American Road Transportation Builders Association compiled that one. 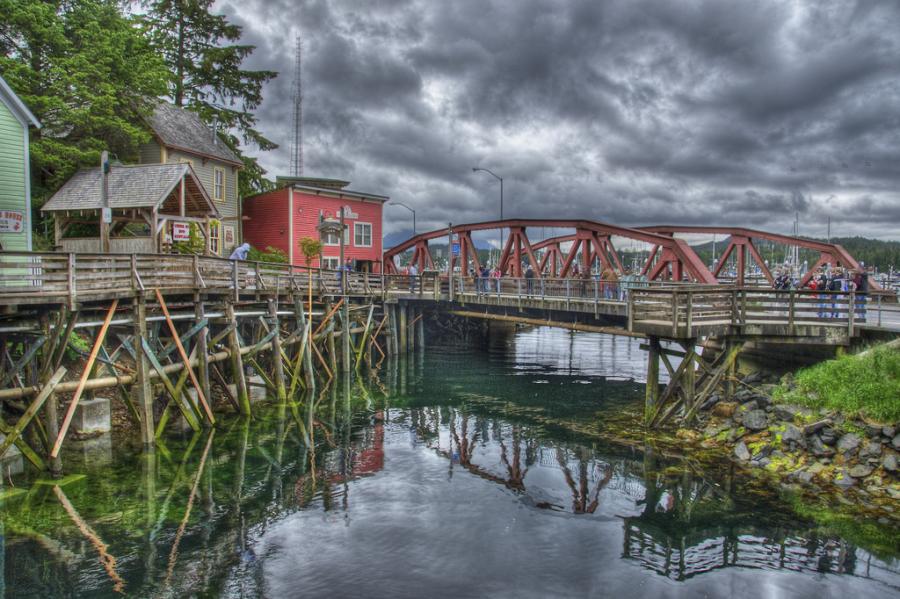 From the table one can learn that Alaska's Number One busiest structurally deficient bridge was built in 1970 for South Tongass Highway over Hoadley Creek in Ketchikan Gateway County. In Wyoming, a 1977 bridge serving state Route 376 over Bitter Creek in Sweetwater County ranks as the worst. One more: North Carolina's busiest bad bridge is one serving the business route of Interstates 140/185 over South Buffalo Creek near Greensboro in Guilford County.

What the report doesn't tell a reader about the Greensboro bridge is that it has been deemed the state's worst since 2012. That it goes unrepaired or replaced year after year suggests that (1) it is not yet unsafe, (2) funding is an issue, and/or (3) regulatory approval to replace the span is glacial. The infrastructure bill proposed by the Trump administration addresses the last two issues.

National bridge inspection standards apply to all publicly owned highway bridges longer than 20 ft. located on public roads. Privately owned bridges are not subject to the standards. Nor are tunnels. That's notable because a truck driver was killed in February when a section of electrical conduit fell from the roof of a Pennsylvania Turnpike tunnel, slamming into the windshield of the truck. The tunnel had been inspected by turnpike technicians in 2016 and the conduit was scheduled to be replaced later this year.

Some bridges in the country considered deficient are, in fact, obsolete. That is, they are too narrow for modern highway standards and are dangerous only because vehicles are crowded together in crossing them. Washer said bridge replacement in Texas often occurs because they are outdated, not weak.

“The bridges aren't corroded. They just don't have the capacity to support the traffic they carry. Many older bridges can't be widened. We need to remember there are two things to consider in evaluating bridges: serviceability and safety.”

When bridges do fail — sometimes spectacularly as was the case in 2007 when the I-35W bridge fell into the Mississippi River in Minneapolis rush hour traffic — it is big news.

“The newsworthiness of a bridge failure should tell you something,” Washer said. That is, it's a rare occurrence.

The Minneapolis bridge span fell because of design failure. More often, spans fail because of hydrological factors, such as flood water eroding support under a pillar. Sometimes a trucker has ignored a posted weight limit. Load weights on older bridges used to be arbitrary, whereas modern bridges are built to standardized capacities. Washer also noted that most bridge failures occur on secondary roads. One traffic lane sometimes is kept open to traffic while repairs are made on the failed section.

Though he is a member of the American Society of Civil Engineers, the University of Missouri professor said he has no role in writing the high-profile report cards. He observed that “people do quote them very often” and believes the report cards to be a public service.

“I think they are very important in generating public awareness, in informing the public about infrastructure issues. The fact is, we need to invest more in our bridges. Someone can argue about a grade given the structures, but the overall message is very true: There is not enough funding. No one really can argue with that.”

Which is the real bottom line of the whole discussion.