The new material will be used in the next few weeks to retrofit an elementary school. 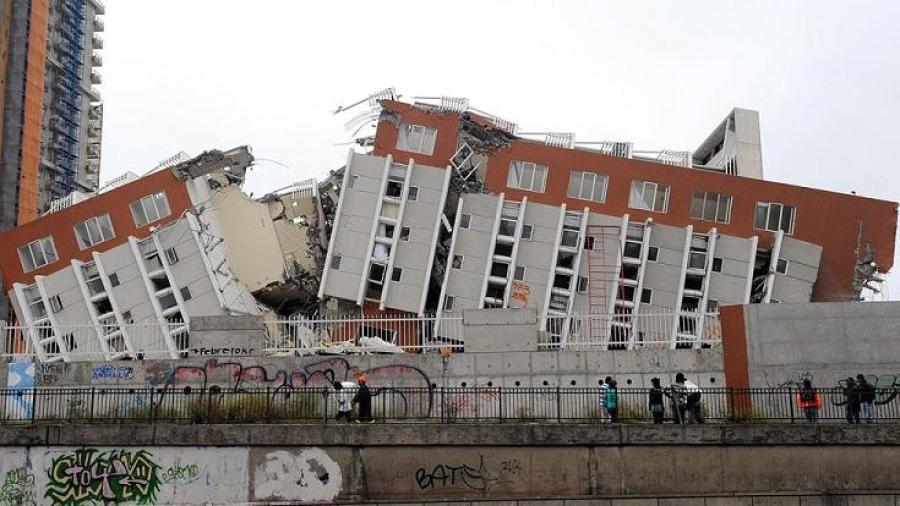 "Earthquakes don't kill people. It's the buildings that kill people," Prof. Nemy Banthia said, adding that old masonry structures are the most at risk to fail.

It was while flipping through British Columbia's seismic upgrade guidelines at the beginning of his civil engineering master's degree that Salman Soleimani-Dashtaki first realized something was amiss.

He noticed that retrofitting schools to protect them from earthquakes almost always involved tearing down and replacing masonry walls — a costly and time-consuming process.

Six years later, the PhD candidate at the University of British Columbia has come up with a form of spray-on concrete that keeps walls in place. Researchers say the concrete will keep schools safe from the most powerful earthquakes and cut the cost of seismic retrofits.

"All my research career has been the same," Soleimani-Dashtaki said. "I try to see where there is a gap and I try to fill and bridge that gap."

The new material allows masonry walls to withstand up to three times the strongest earthquake expected on Canada's West Coast. One test structure sprayed with a 10-millimeter layer kept it from crumbling in a simulation that mimicked the magnitude 9 quake that hit Japan in 2011, Soleimani-Dashtaki said.

"Earthquakes don't kill people. It's the buildings that kill people," he said, adding that old masonry structures are the most at risk to fail.

The new material will be used in the next few weeks to retrofit a Vancouver elementary school. Researchers say they hope to expand the application to other buildings around the province.

The B.C. government has earmarked 346 schools for seismic upgrades, but a progress report in August indicated retrofits had yet to be completed in more than half of them.

"If you look at our B.C. schools, you will see miles and miles of unreinforced masonry corridor walls," Banthia said.

"During an earthquake, these are the corridor walls that would collapse and these are the ones where our children would suffer casualties."

University president Santa Ono lauded the project as not only innovative but economical.

"What's remarkable is that this costs half of the cost of a standard retrofit," he said.

The substance is also described as being more environmentally friendly than traditional concrete because it replaces 70 percent of the cement used in its production with fly ash, an industrial byproduct.

B.C. Advanced Education Minister Melanie Mark said the new technology will have a far-reaching impact and will save lives not only in the province but around the world.

"This is a massive problem on the Pacific Rim, here in B.C., and we are all at risk," Mark said.

"My children attend public schools. We want to make sure that when we leave our kids in the morning that they'll be there when we pick them up in the afternoon."

Soleimani-Dashtaki said his research could be expanded to other structures, such as bridges and columns, and he would like to refine its packaging to make it easier to use outside the developed world.

"So this type of a quick, in-and-out, very cost-effective system would really, really help them."