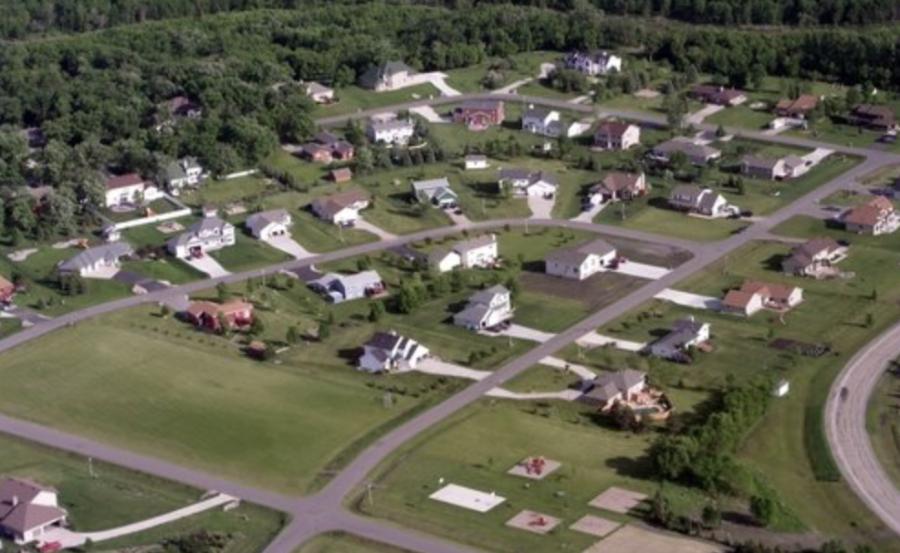 Land Tejas expects the first phase of construction, 520 homes including 320 in gated communities, to be completed in 2018.

Texas City, better known for petrochemical landscapes than landscaped subdivisions, is poised for an unprecedented growth spurt as the region's residential boom continues its southward advance.

The Houston Chronicle reports the transformation of a vast expanse of interstate-fronting prairie into a mixed-use commercial hub began with a fancy outlet mall and a sprawling Buc-ee's. It continues with the 3,300-acre Lago Mar subdivision, now in the early stages, that eventually will add up to 7,000 homes on the edge of the Galveston Bayside town. To top it off, construction of an adjacent amusement park is now under way.

Texas City officials predict that by the time Lago Mar is filled up, an estimated 15 years from now, the development will have added as many as 12,000 residents to the city's current population of about 48,000. By comparison, the city added about 7,000 people between 1990 and 2017.

“It's hard to compare any previous growth with this,” said Jenny Senter, vice president of the Texas City-La Marque Chamber of Commerce. “It's like the Super Bowl compared with Friday night football.”

The expansion in Texas City comes as brokers and industry experts in the region report a continued migration of investment toward the southeast, away from the northwest, where a rapid proliferation of new residences during the shale boom left the housing market over-supplied once drillers and oil field service providers cut back.

The oil slump didn't put a damper on the petroleum industry around the Port of Houston and Galveston Bay, however. Companies there deal in downstream products like refined fuels or plastics and can maintain healthy profit margins even when oil prices tank.

“Everything on the east side of Houston, pretty much from Baytown south, has benefited from low oil prices,” said Bruce McClenny, president of Apartment Data Services.

That's evident along Interstate 45 in Texas City, where a Buc-ee's and Tanger Outlet mall rise from about 5 sq. mi. of former rice fields, now overgrown with shrubbery. Work crews there are busy assembling the first of a few thousand homes in the background. Catalon at Lago Mar is preparing to open the first of 230 planned apartment units next month.

Land Tejas was imagining Lago Mar years before the bust — indeed, before the boom that preceded it. Together with three investors, including Houston-based Prime Capital, the developer assembled and bought a vast tract of land that spans both sides of I-45 in 2006. Then the housing bubble burst in 2007 and construction was delayed.

In the meantime, Land Tejas negotiated building rights with Texas City, and even won status as a tax reinvestment zone, meaning a specified portion of the local property taxes would be dedicated for use in Lago Mar instead of shared among the entire city.

“We wouldn't have done it for almost any other developer,” said Nicholas Finan, Texas City's executive director of management services.

The key, he said, was Lago Mar's location along the main route through Galveston County; city leaders saw the project as an opportunity to develop an attractive gateway into Texas City, the hub of which sits about three miles east of the interstate, out of sight to passers-by.

“It's not going to be just another suburb of Houston,” Finan said. “You'll know you're in Texas City.”

Good fortune struck Land Tejas in 2011 when Tanger Outlets asked to buy 54 acres off the interstate. Rarely does commercial precede residential development in a wide open field, but Tanger's business model aims to draw shoppers from across the region.

Then in 2012, Texas convenience store chain Buc-ee's bought a lot adjacent to Tanger, which local officials allowed on the condition that the store's sign said Texas City.

Slusky's family owned and operated the miniature train at Hermann Park for decades until 2010. Adventure Pointe will house his collection of mini-trains, and will feature a vintage carousel shipped from Boston, an iceless outdoor ice skating rink, a walk-through pirate ship in a pirate-themed area and an old-fashioned Main Street.

Other commercial developments are expected along the interstate's edge as homes go up.

Those homes, according to Land Tejas director of community sales and marketing Tim Johnson, will feature open floor plans to suit modern tastes and minor accommodations for multigenerational living, which was identified as a popular desire in a Land Tejas survey of 200 home sales professionals conducted last year.

There will be fiber-optic cables for internet service and neighborhood-wide hot spots, along with swimming pools, recreation centers and amenity lakes that double as flood-control features.

Planners have set aside three sites for schools in Lago Mar and one site for an “education concept village,” with a combination elementary and middle school, said Tammy Dowdy, a spokeswoman for Dickinson ISD, which currently operates 13 campuses.

While the sites for future schools are set aside in Lago Mar, voters would need to approve bonds to fund them. If approved, taxpayers from the entire district would contribute to building new schools.

In the coming years, however, elementary and middle school students that move into Lago Mar will attend Dickinson's newest campus, Lobit Education Village, which opened in August 2016.

Now a real estate agent with Re/Max based in downtown Houston, Gage recently sold one of the first homes built in Lago Mar to a young family from League City, which he said has become crowded after years of rapid growth. The development at Lago Mar, he said, will provide one of the last opportunities for new housing along I-45.

Ground was broken on the first Lago Mar homes in 2016, and the first model single-family homes opened in January. Land Tejas expects the first phase of construction, 520 homes including 320 in gated communities, to be completed in 2018.