Results are in for Feasibility Study of U.S. Hyperloop 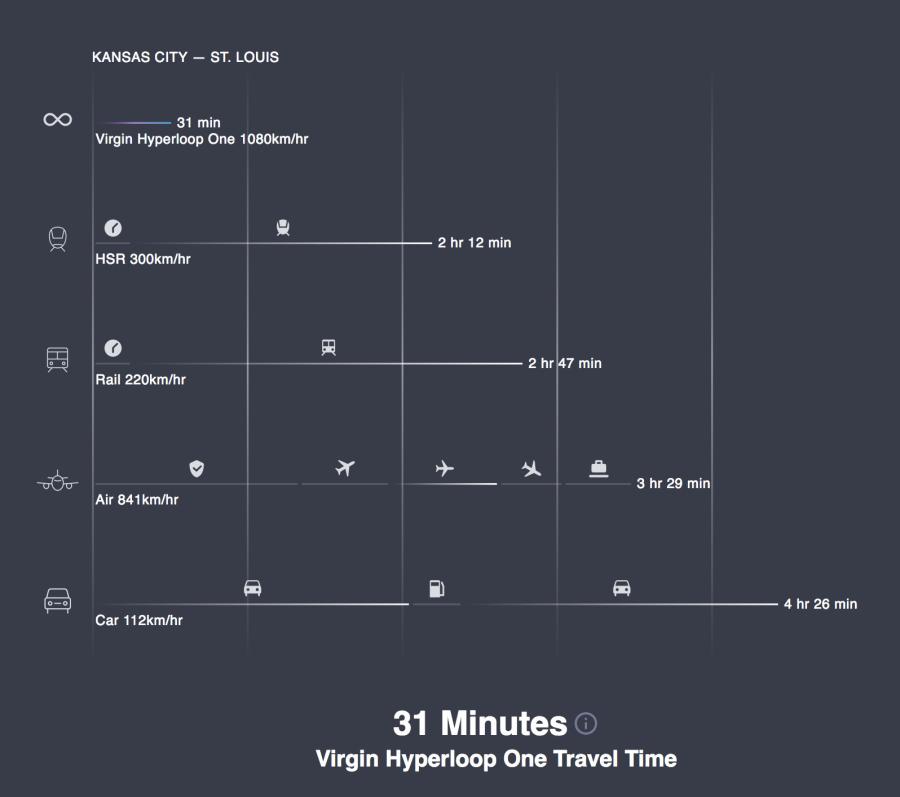 The study confirms that VHO's linear infrastructure costs are around 40 percent lower than those seen in high speed rail projects around the world, while the system delivers speeds that are two to three times faster.

Shortly after Virgin Hyperloop One provided the first-ever testimony by a hyperloop company before a U. S. Senate Committee, Virgin Hyperloop One announced today the findings of another first – a feasibility study on the establishment of a hyperloop system in the United States at VERGE18, one of the most prominent annual sustainability-focused conferences in the world.

The independent report, authored by global infrastructure solutions company Black & Veatch, analyzes a proposed route through the I-70 corridor, the major highway traversing Missouri, and verifies the favorable safety and sustainability opportunities this new mode of transportation offers.

“We are thrilled at the results of this study,” said CEO Rob Lloyd, a keynote speaker at the inaugural session of VERGE18. “A feasibility study of this depth represents the first phase of actualization of a full-scale commercial hyperloop system, both for passengers and cargo in the United States. We are especially proud that Missouri, with its iconic status in the history of U.S. transportation as the birthplace of the highway system, could be the keystone of a nation-wide network. The resulting socio-economic benefits will have enormous regional and national impact.”

The report confirms viability of the I-70 based route through an exhaustive examination of the social impact, station locations, regulatory issues, route alignments and rights-of-way associated with a new hyperloop system that would connect Kansas City, Columbia and St. Louis.

“Black & Veatch worked collaboratively with stakeholders across the region to examine the technology, constructability and the economics associated with designing and building a Missouri Hyperloop,” said Steve Edwards, chairman and CEO of Black & Veatch. “We found this project is a case of solid engineering meeting up with Virgin Hyperloop One's innovative vision to create a network transforming the very concept of community.”

The news follows on an historic congressional testimony of September 2018 by Virgin Hyperloop One before the U.S. Senate Committee on Commerce, Science and Transportation on the necessity of a new regulatory framework for hyperloop systems.

Two other states are currently studying hyperloop through in-depth feasibility studies — Ohio and Colorado. In addition, Ohio is also participating in the first U.S. Environmental Impact Studies (EIS) of a hyperloop system and Texas has announced its intent to start the process.