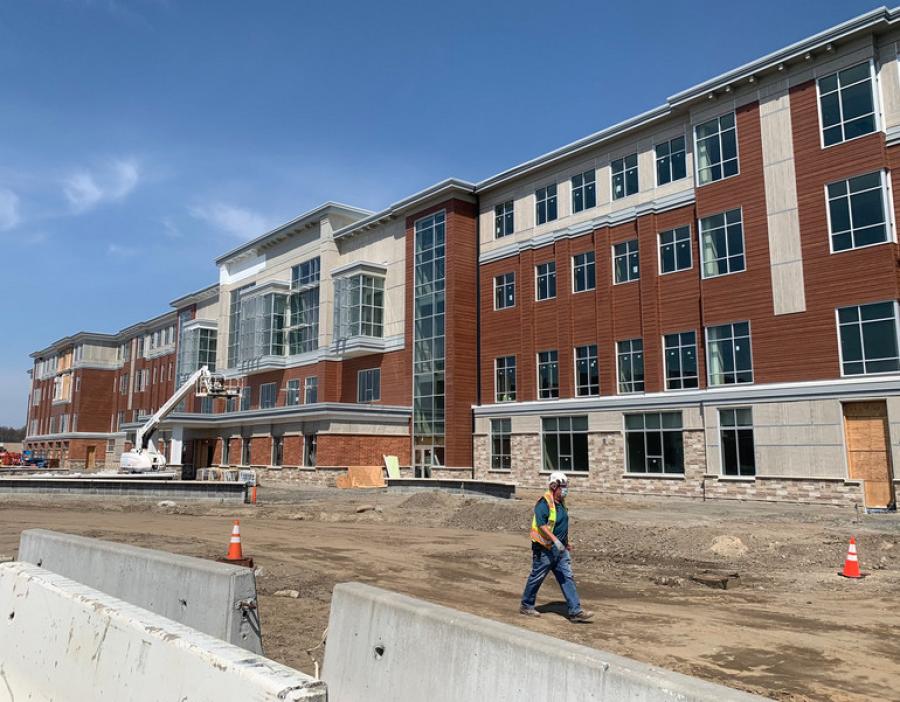 In 2007, the Rhode Island Department of Education's Jacobs Recommendations for Consideration report concluded that the state's schools faced a tidal wave of need.

Science labs were woefully outdated, roofs leaked, pipes burst, and, at one Newport high school, mice dropped from the ceiling.

According to the Providence Journal, Rhode Island Treasurer Seth Magaziner recently toured the new $189.5 million East Providence High School to tout the progress that has been made in retooling the state's school buildings.

It is the first new high school built in the state in 20 years.

But, since the 2018 bond referendum, more than 160 school buildings have been repaired or replaced. Also, in two years' time, more than $600 million in school construction projects have been funded.

Magaziner told the newspaper he hopes Rhode Island voters will approve a second $250-million bond in 2022.

"East Providence High School is a great example of what can be done," he said in front of the 304,000-sq. ft., four-story building, which is set to open in September.

The difference between the new school and the existing, 70-year-old building adjacent to it, is stark. The latter looks every bit its age.

During a tour four years ago, East Providence Schools Superintendent Kathryn Crowley quoted an electrical engineer when she told the Providence newspaper "we're operating on a wing and a prayer."

One science lab at the old high school serves 1,550 students. The pool has been emptied for six years and beneath the gym, some of the concrete support beams are crumbling. She also noted that steam pipes carrying heat to the classrooms were corroded and to reach them, repair crews must squeeze through a crawlspace littered with asbestos.

Following is a sampling of what else the 2018 bond money bought Rhode Island's school infrastructure, according to the Journal: