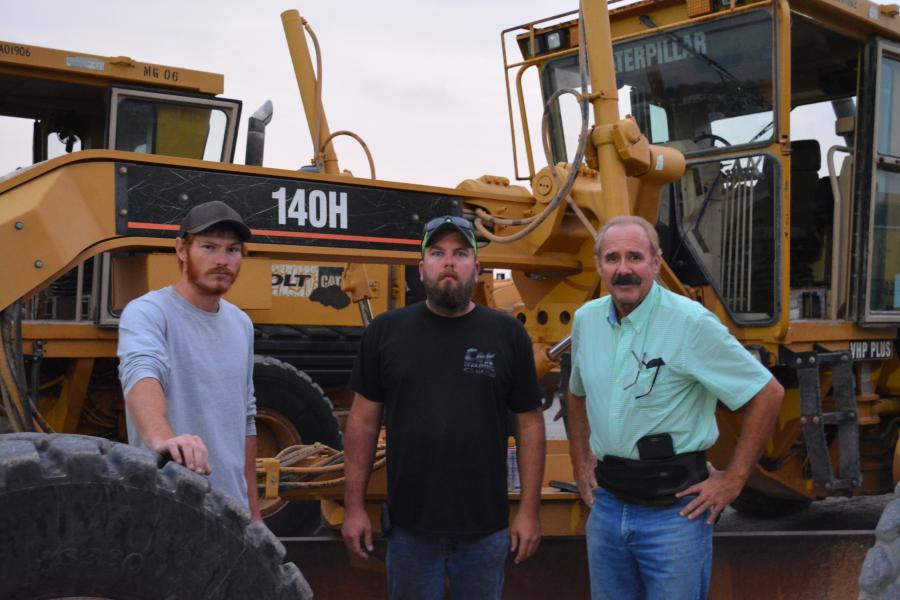 (L-R): Dakota Johnson of Granite Excavation and Construction; Tyler Frankhouser and Byron Coates of Circle C Excavating were on hand from Oklahoma to buy excavators and graders. They put the Cat 140H through its paces early in the morning on auction day.

Ritchie Bros. Auctioneers held a two-day auction at its site in Fort Worth, Texas, selling more than 3,800 equipment items and trucks for more than $52 million.

More than 4,900 people from 55 countries registered to bid in the unreserved public auction on Sept. 27 to 28, including more than 3,450 registering to bid online.

“With a full auditorium and strong participation online, we achieved solid equipment and truck pricing on both days of the auction,” said Neal Black, regional sales manager, Ritchie Bros. “Along with large numbers of local and national buyers, we saw a lot of bids from international registrants in this auction, particularly bidders from Mexico, who were buyers or runner-up bidders on many items. We would like to thank all our consignors, bidders and buyers — we look forward to seeing you at our next auction.”

• Total registered bidders (in person and online) — more than 4,900

Ritchie Bros. currently has more than 40,000 equipment items, trucks, and other assets listed for sale in its upcoming onsite unreserved auctions, IronPlanet weekly online auctions and its other marketplaces. For those looking to sell, Ritchie Bros. is now accepting consignments for its next Texas auction in Houston, Nov. 8 to 9, and is always accepting consignments for our IronPlanet online marketplaces.