Ritzy Laurel Begins With the Pour 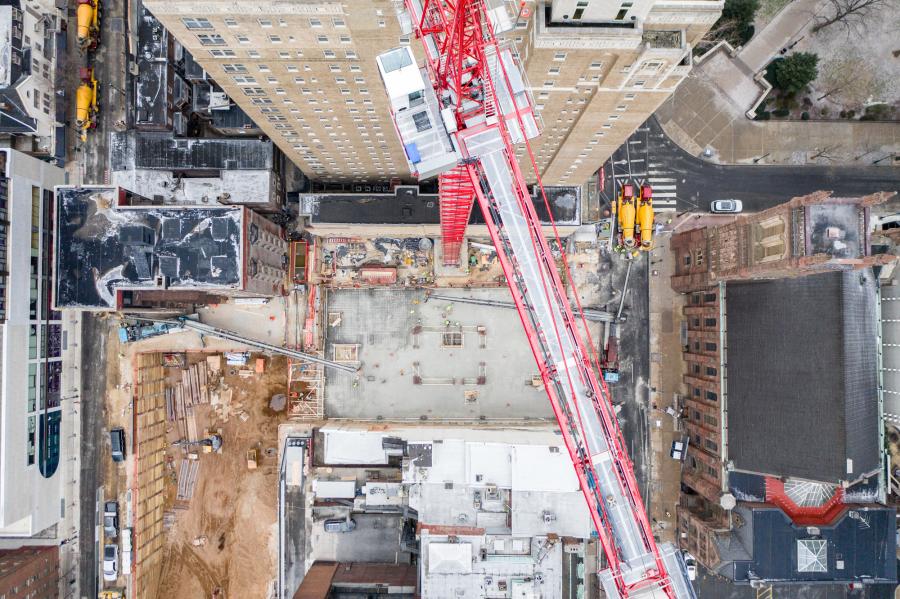 The fourth largest mat foundation pour in Philadelphia history took place last month at The Laurel, a $300 million 48-story luxury condo and apartment building under construction. Once complete, the high-rise will be 599 ft. tall, the tallest residential-only building in the city. 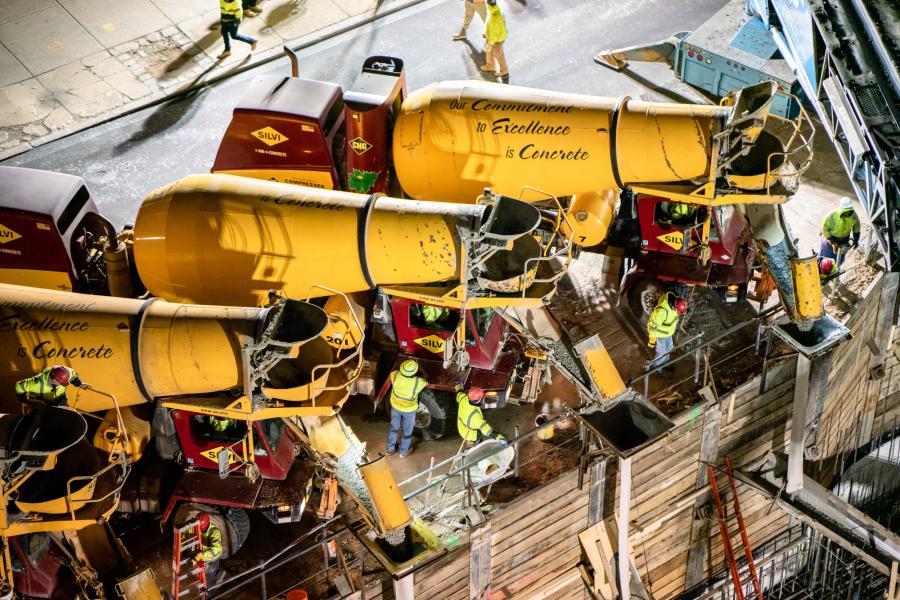 According to Larry Silvi III, vice president of Silvi Concrete, the pour total on this project was 4,360 cu. yds. of concrete, while the largest in Philadelphia was 6,540 cu. yds.

Silvi explained that The Laurel is the most expensive residential building in Philadelphia history and is owned by Southern Land Company. The project broke ground in 2018 and is reportedly on track for a 2021 construction completion.

"This pour was particularly challenging due to the location of the pour, the high rent district of Rittenhouse Square," Silvi said. "Rittenhouse Square is all one-way traffic and we were at the corner of the square. It also was very challenging to pour because we only had full access from one side of the foundation on Walnut Street. Directly opposite from Walnut Street we had to stretch several hundred feet from Sansom Street to reach the foundation. On the Sansom Street side we were limited to using only one telebelt."

He noted that 16 police officers were involved to close the roads for the work to be done by the large crew.

He explained that the concrete mix design was 6,000 PSI with 70 percent slag, creating a "very sticky" concrete. 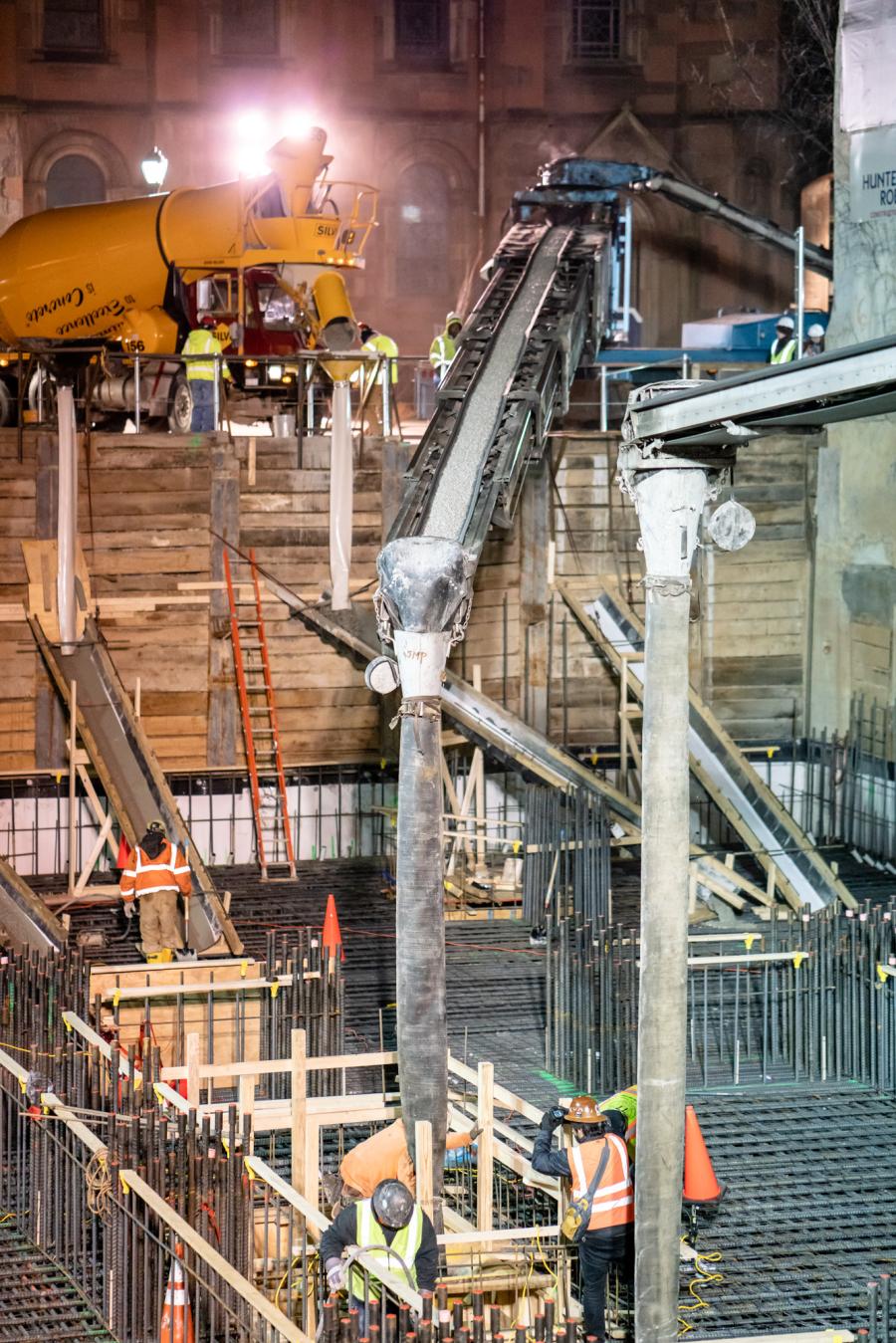 Silvi stated that to place the concrete, the crew started the pour with four direct dump sites where the concrete could go straight from the truck to a man-made funnel that carried the concrete to man-man wooden slides. This allowed them to pour the concrete at a high rate of speed from Walnut Street.

In conjunction with the slide, they also had two telebelts unloading trucks (one on Sansom St. and one on Walnut St.). Using this configuration, they were able to unload six trucks at the same time into the mat.

"We intentionally used telebelts instead of pumps because this mix design was very sticky and pumps couldn't pump this mix very quickly because of the high pressure caused by the high slag content," Silvi said. "The telebelts were able to unload this mix at over two times the speed of a pump."

He explained that the man-made chutes were used instead of additional pumps or telebelts because the size and width of the pumps and belts would have restricted one-way flow of traffic on the narrow street.

"With 436 deliveries coming to the site, it makes things much more dangerous, confusing, and inefficient with trucks not following a one-way traffic pattern," he said. "This is particularly important on a narrow one-way street."

Toward the end of the pour, the chutes could no longer be used because of their placement limitations.

"At this point, we replaced the chutes with a third telebelt and completed the pour using three telebelts," Silvi said. "One of the major concerns was snowfall. At 11 a.m., it started snowing. We wanted to make sure we had the project completed before driving conditions became a safety hazard."

He reported that 400 tons of rebar was used as well. 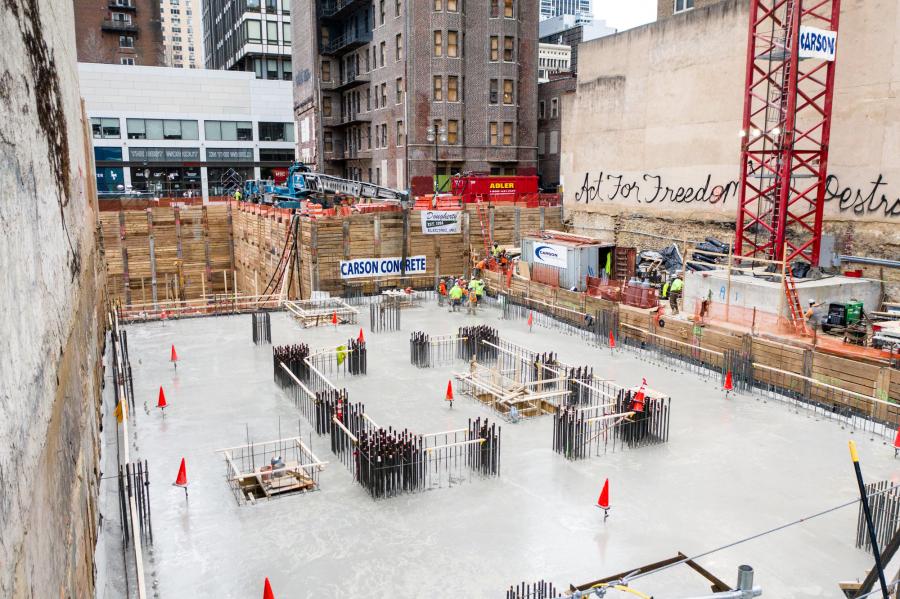 The general contractor of the project is Hunter Roberts Construction Group and the concrete contractor is Carson Concrete. The engineer of the building was The Harman Group and the architect was Solomon Cordwell Buenz.

The Laurel, named for Pennsylvania's state flower, is located on Rittenhouse Square's last undeveloped parcel in the Center City West area of Philadelphia. It will reportedly include retail on the first few floors. Other features are a private resident's clubroom, 24/7 security, a catering kitchen, indoor and outdoor pools, locker rooms with saunas and showers, town car service, 24-hour security, valet parking, a fitness center, and a pet spa.

"We are one of the largest privately owned importers of cementitious materials in the world," Silvi said. "We are also one of the largest bulk de-icing salt importers and wholesalers in PA and N.J. Our company was founded in 1947 and we are a third-generation family-owned business. We specialize in challenging ready-mix projects that require high volumes of concrete with technical mix design restrictions." CEG