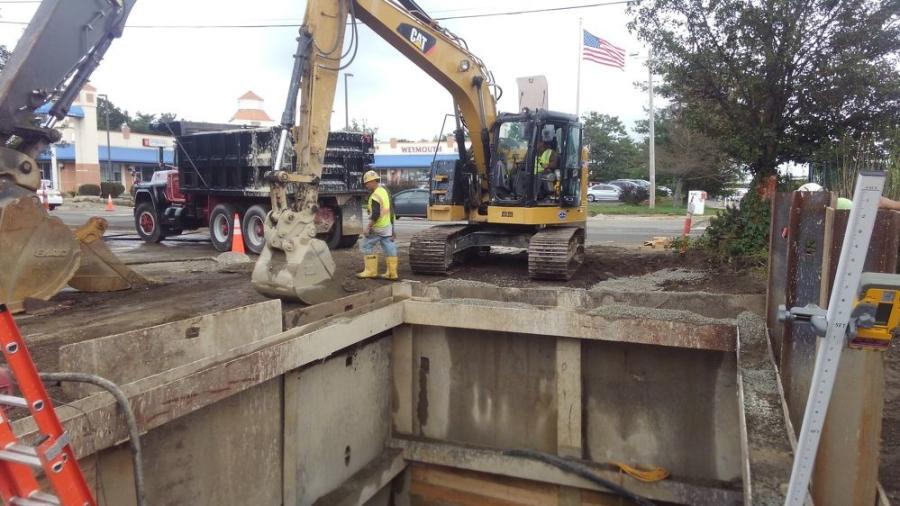 Upgrades to the highway will include adding two travel lanes in each direction from Highland Place in Weymouth to Route 139 in Abington.

MassDOT is overseeing a road widening and bridge reconstruction project in Weymouth and Abington, Mass., that will widen and repave 4 mi. of Route 18 and replace a bridge that runs over commuter rail tracks on the highway that is 15 mi. south of Boston. 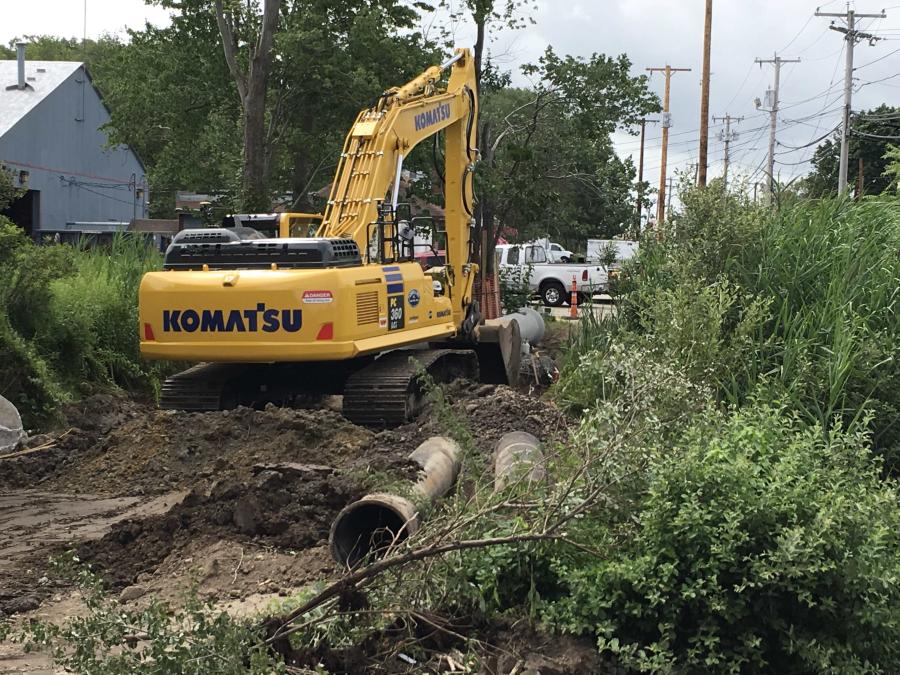 P. Gioioso & Sons of Hyde Park, Mass., and D&R General Contracting of Melrose, Mass., are the lead contractors on the job, with Gioioso performing the bulk of the work and D&R focusing on the road paving.

Joseph Gioioso, a project manager, said the company is using the Komatsu 360LCi-11 excavator and the Komatsu D61PXi-23 bulldozer on the job, intelligent machines with GPS control devices that make the job quicker and easier for operators.

Gerry Carney, manager of CN Wood of Woburn, Mass., the equipment dealer that sold Gioioso the units, said, "The excavator digs down so it doesn't go through the plane and pulls back the bucket so it cuts down on over digging. It gives the operator more information on where he is on the job, drastically increases efficiency and makes the job quicker."

The control function on the machines allow operators to move material without worrying about digging too deep or damaging the target surface, which improves productivity, precision and safety on the work site.

The GPS function of the machine utilizes 3D design data loaded into the machine's monitor to show machine position relative to target grade. When the bucket reaches the target surface, automation kicks in to limit over excavation.

"The 360LCi-11 is flexible and versatile enough to be at home on almost any job site," said Jason Anetsberger, senior product manager of Komatsu America. 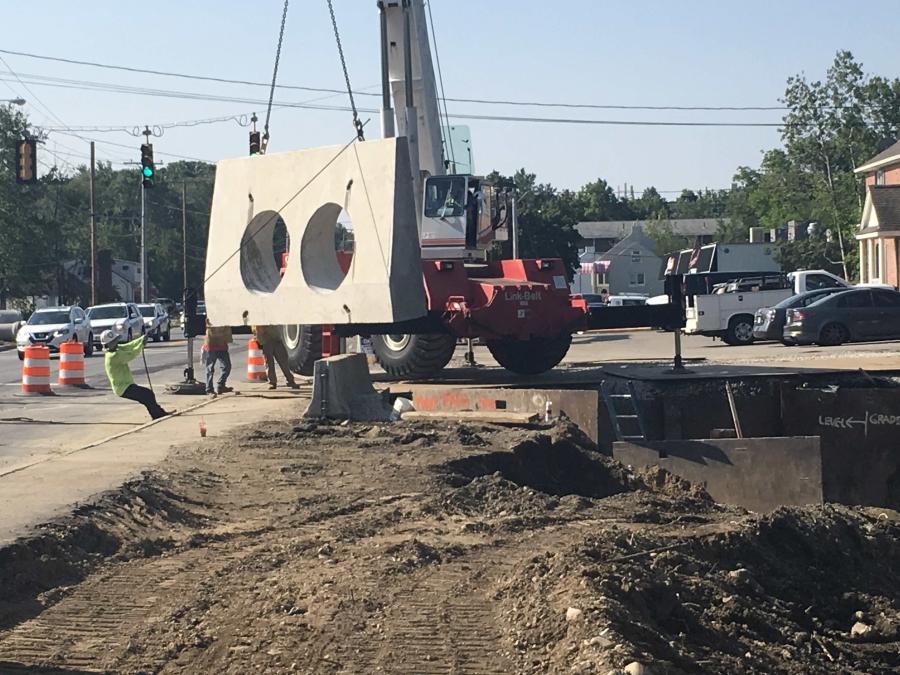 Tom Akins, a MassDOT area manager said the bridge that will be reconstructed goes over the commuter rail tracks in Weymouth.

"It's an old-style bridge and the reconstruction accommodates the widening of the road," he said.

He said the company will utilize slide-in construction that utilizes temporary supports parallel to the existing bridge while the new bridge is built and slid into place. The new bridge foundations will be 360 ft. long and 80 ft. wide.

The road widening will transform the section from two lanes to four.

"It's now a single lane in each direction," Gioioso said.

Upgrades to the highway will include adding two travel lanes in each direction from Highland Place in Weymouth to Route 139 in Abington.

Gioiso and Akins acknowledged that the road widening is being done to accommodate the development at the site of the old Weymouth Naval Air Station at Union Point.

"Housing units are being built so the road is being widened for traffic mitigation," Gioiso said. 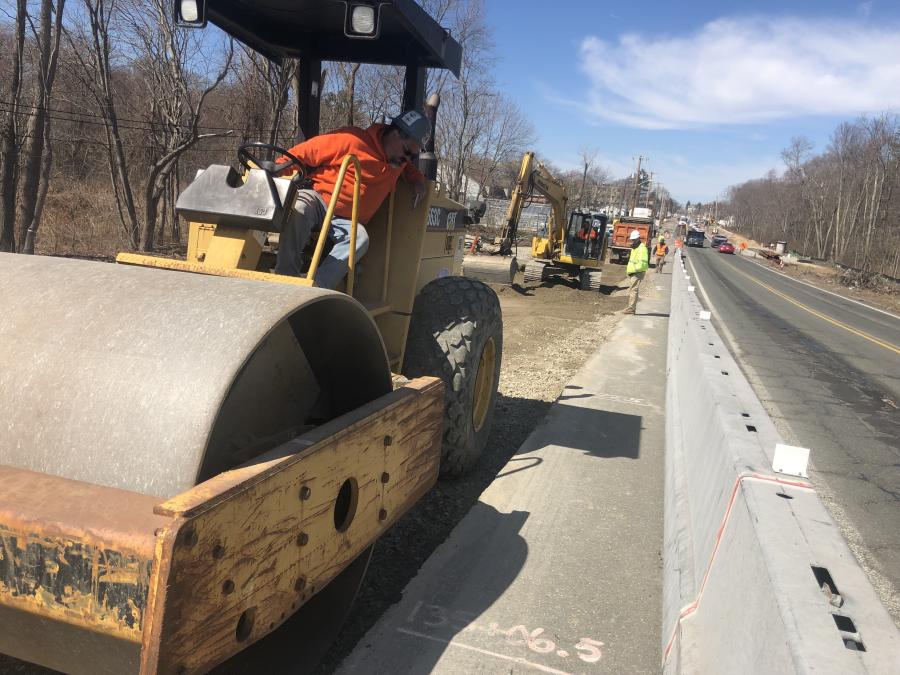 "The majority of the work is at the end of the project after the drainage and underground work is done," said D&R's project manager Joe Rotundi.

The company will use a Caterpillar AP 1000E to do the road paving, Rotundi said.

Giosiso also will construct sidewalks on both sides of Route 18, bicycle lanes and emergency traffic lights outside the Abington Fire Station.

Akins said the budget for the job is $68.4 million with the federal government paying 80 percent and the state of Massachusetts 20 percent.

Subcontractors on the job include Island Pavement Cutting of West Babylon, N.Y., which will apply membrane waterproofing; EDM Construction of Merrimac, Mass. and H&H Steel of Cottontown, Tenn., that will install structural steel; and Don Martin Corp. of Marshfield, Mass., that will assist in paving operations. CEG