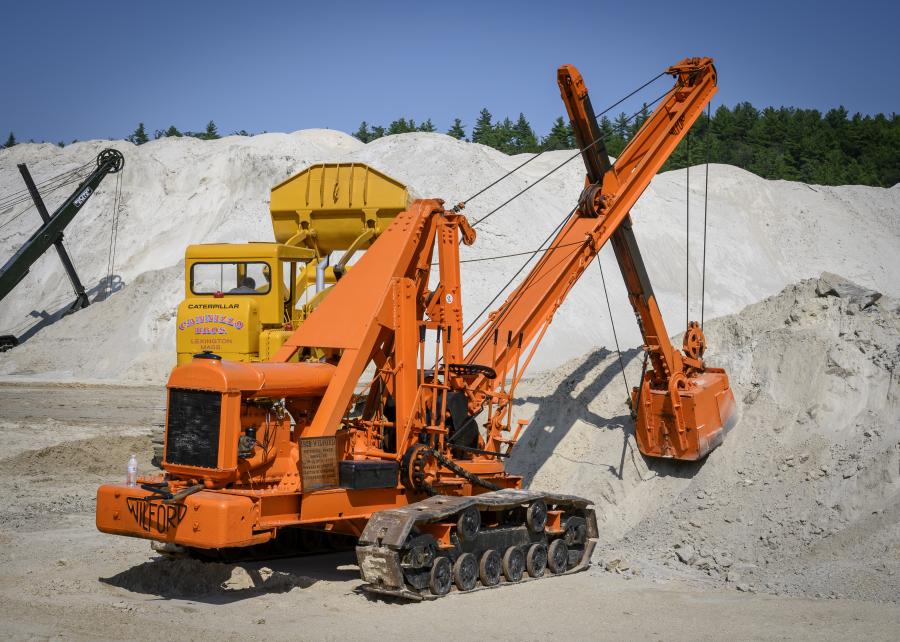 Association members and the general public was invited to the three-day-long event held at Concord Sand and Gravel Pit. Various food vendors, games, mini-equipment for kids and antique machinery took over the area for a weekend of fun. HCEA members operated machinery at different stations throughout while guest watched from tented seating areas set up along the perimeter. Approximately 1,000 to 1,200 guests were expected over the weekend.

President and Chairman, Ted Valpey III welcomed guests to take a tour of the grounds in his 1926 Ford Engine Model T while describing the machinery being operated and the importance of the association.

"We come here to play with the old equipment. Some are static displays and some we fire up and run," he said. "These are the kind of machines that built the highways in this country and the older buildings that we have. That's why we try to preserve that history the best we can."

One of the oldest operating machines on display was a 1928 Wilford Universal Power Shovel owned by Valpey.

"We are losing the WWII generation who grew up with these cable machines, which is sad. We try to encourage this younger generation to learn how to run and take care of it and ultimately preserve it for future generations. That is part of what our club does," said Valpey.

Sam Sicchio, a member of the Board of Directors, former president and more than 20-year association member, also was there to guide guests.

"The public really likes to see the cable shovels. Nobody uses these anymore because they are high maintenance with a lot of moving parts, and the operator has to use his hands and his feet," said Sicchio. "It takes a lot of skill to run these. The problem we are having is that only the old-timers run those. There aren't too many young guys who know how to operate these."

Steven White, owner of HK White & Son Excavation and Land Care in Chester, N.H., had his restored 1956 Caterpillar V6-9U cable dozer showcased on this year's event announcement. White spent about three years restoring this dozer that was initially built for Department of the Air Force.

The Northeast Rockbuster Chapter has about 400 active members throughout New England and is always looking forward to welcoming new members. 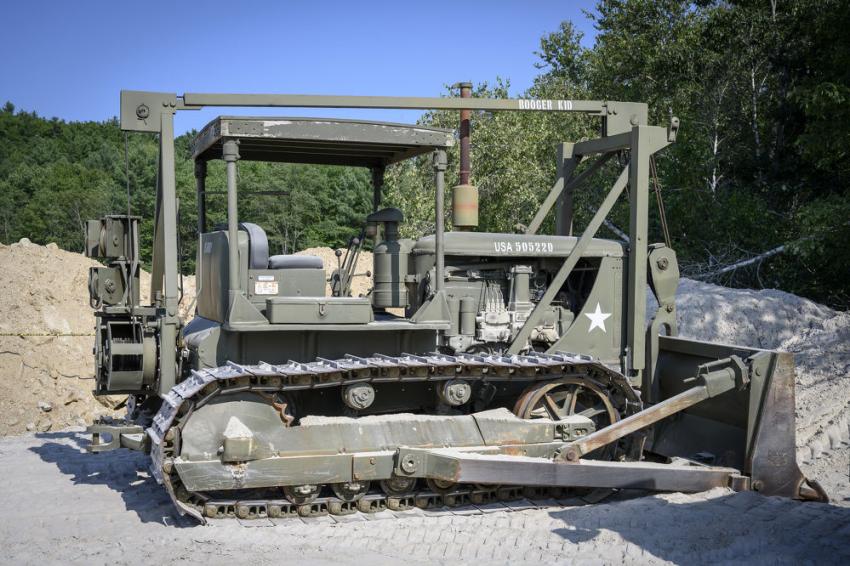 This 1945 Caterpillar dozer was originally used in the United States Army. 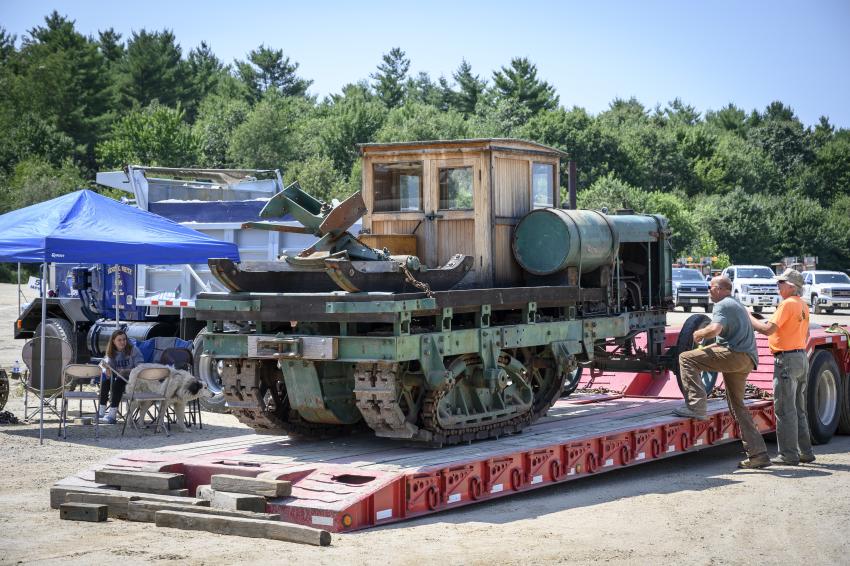 A 1916 Lombard logger from Johnson Logging Company out of Campton, N.H., is being unloaded and placed on display. 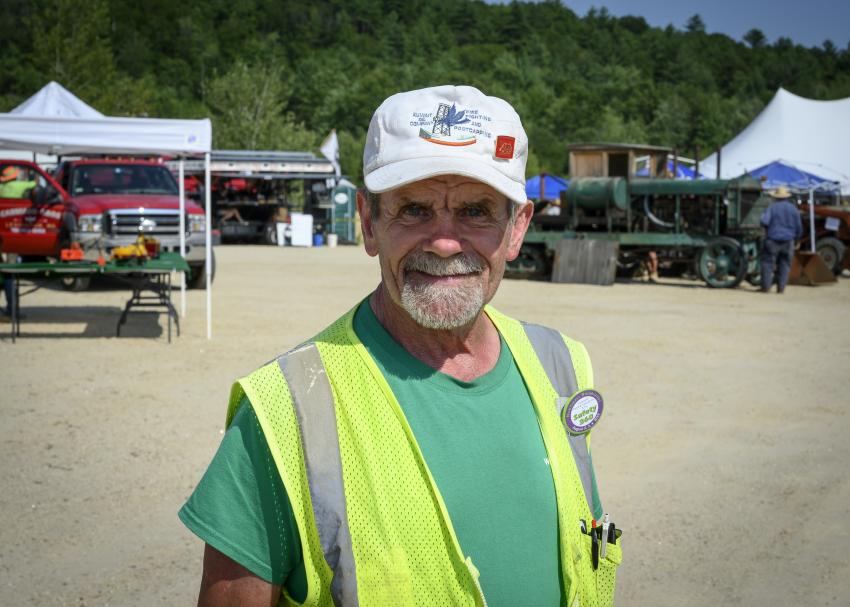 Five-year member, Michael Landry of Dorchester, N.H., is enjoying all the event has to offer. 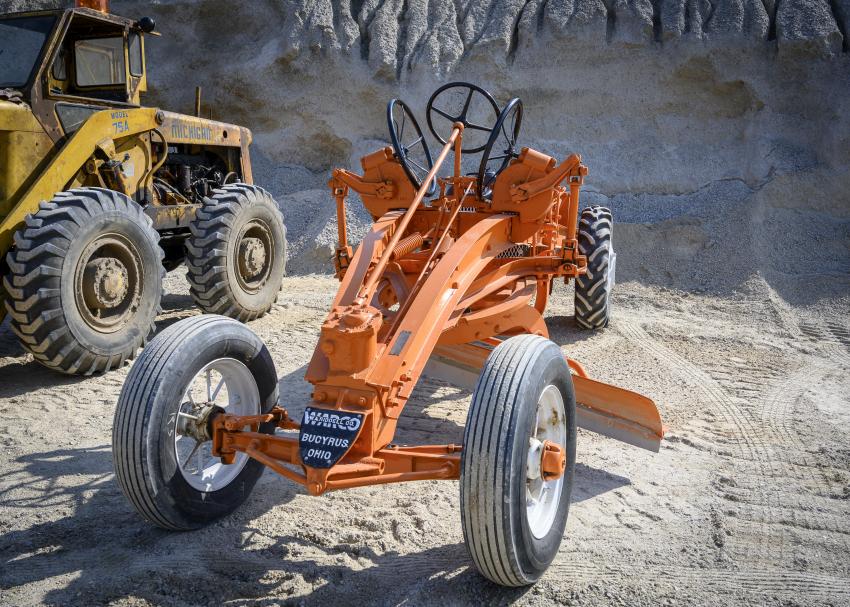 A 1930 United power grader is on display. 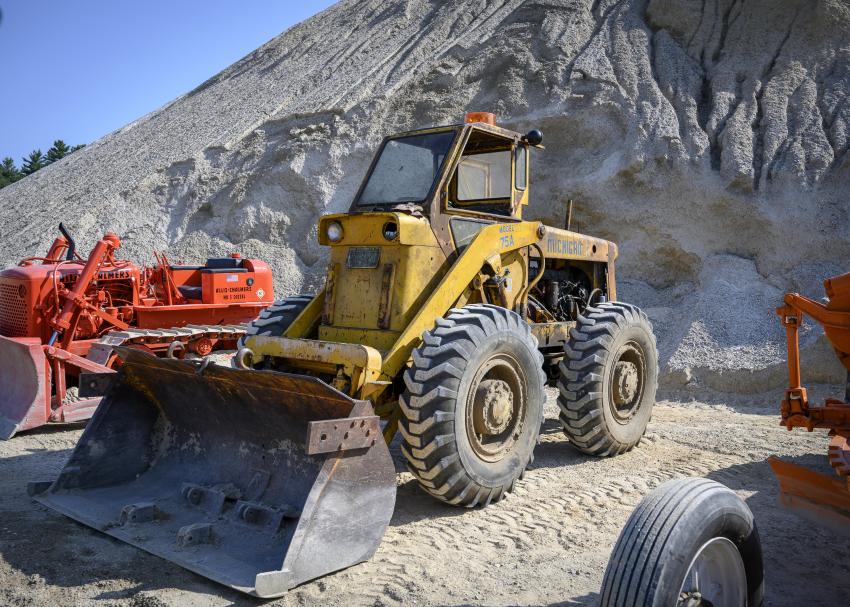 A Michigan model 75A wheel loader is on display. 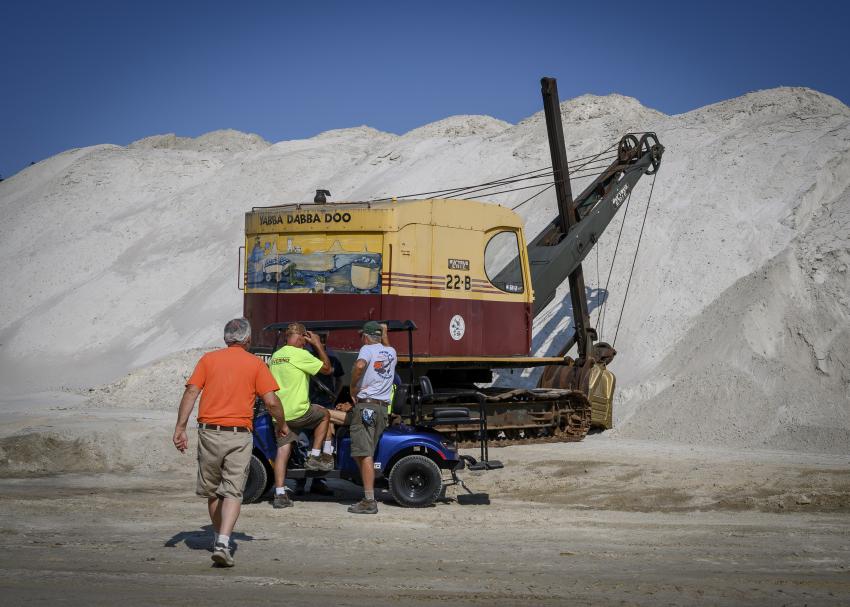 Members gather around a 1950 Bucyrus Erie 22-B cable shovel. 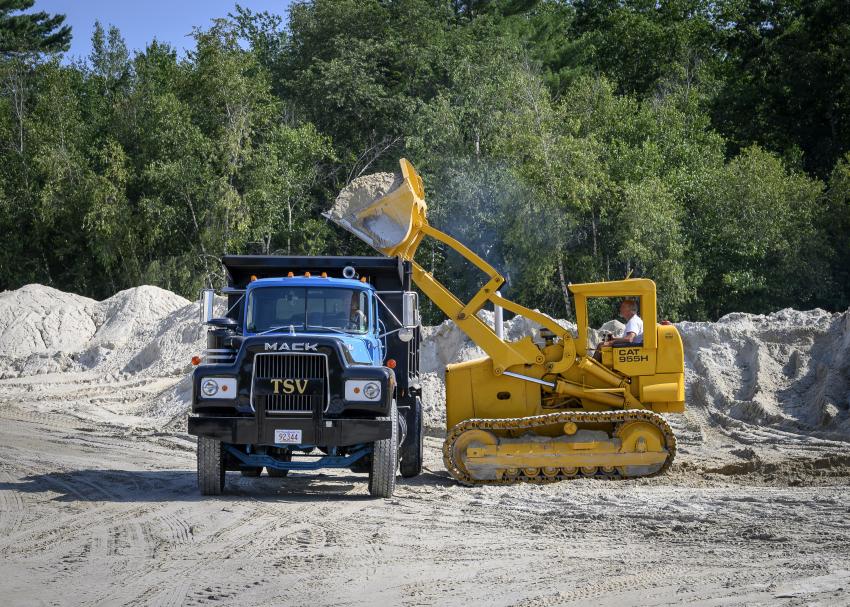 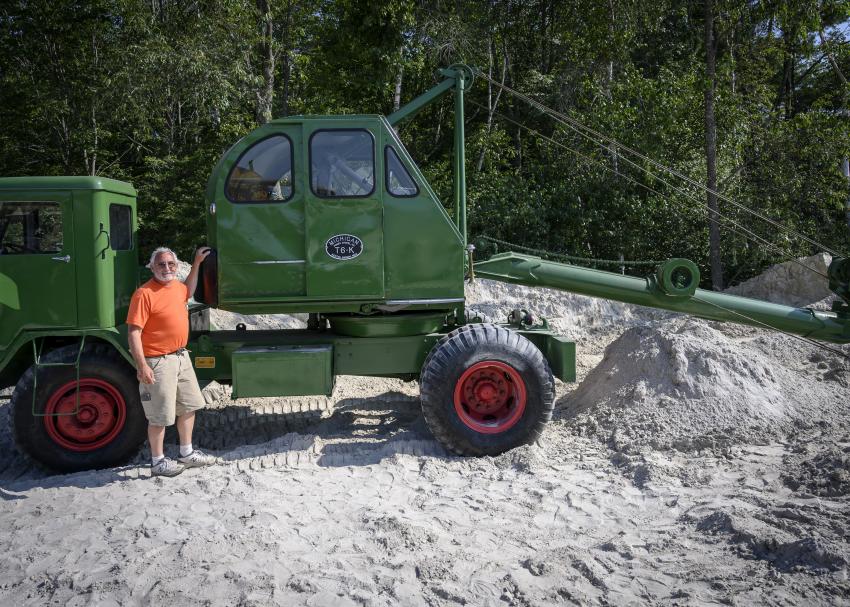 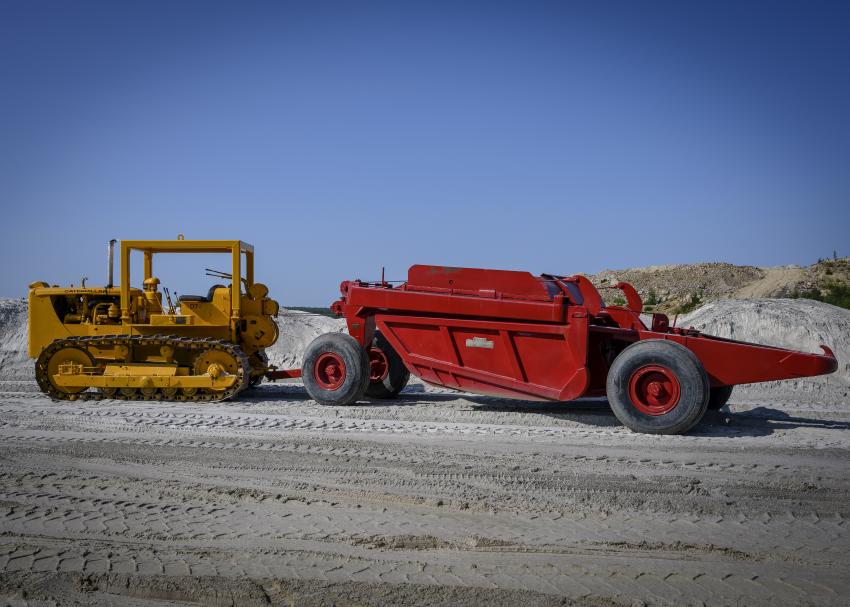 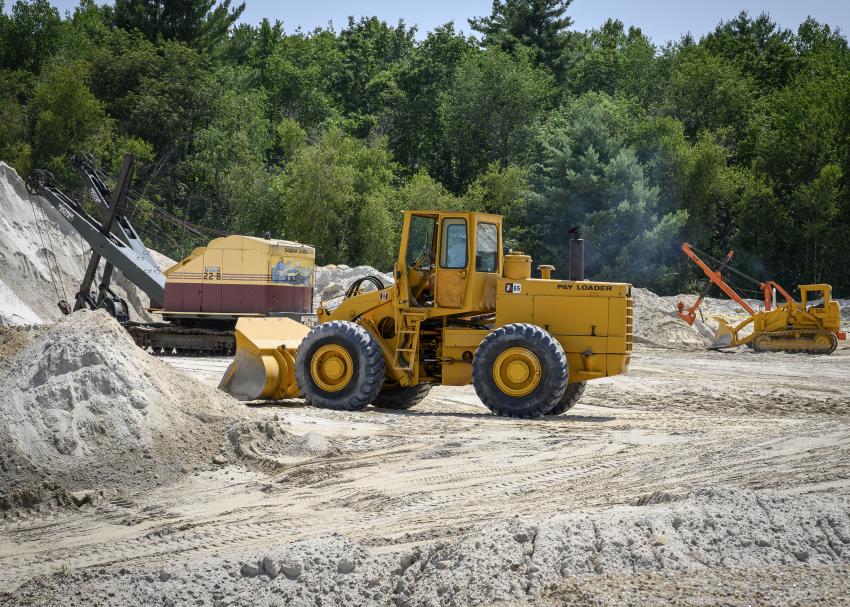 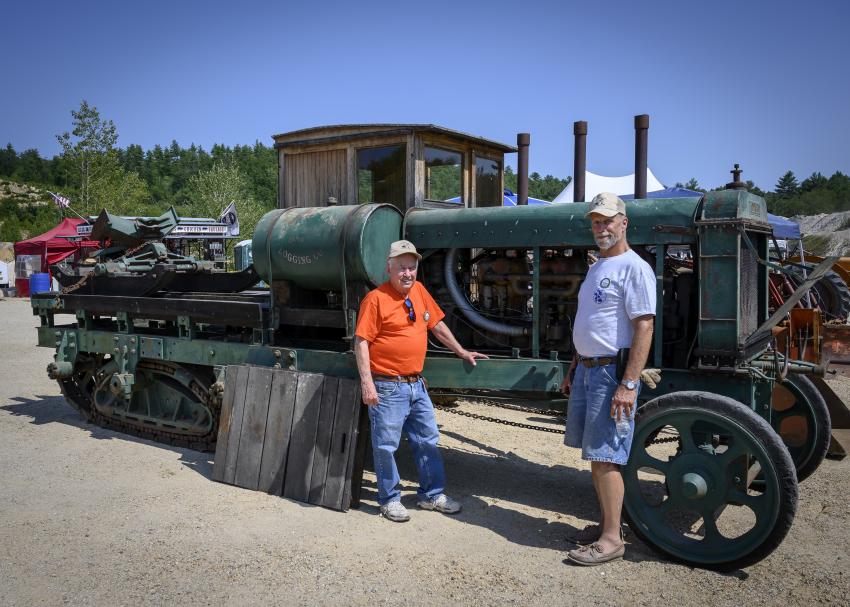 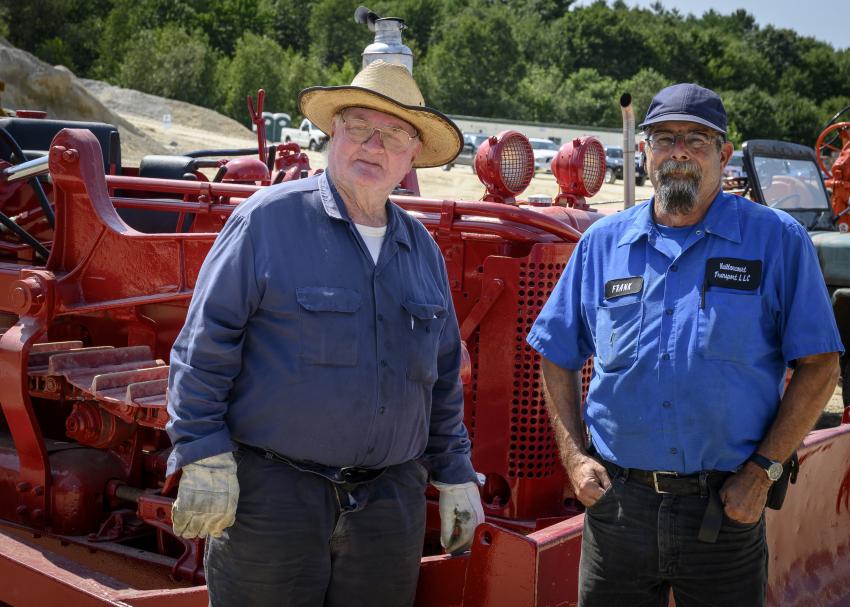 Everett Demeritt (L) and Frank Chiaravalle in front of a 1952 International TD-9 crawler. 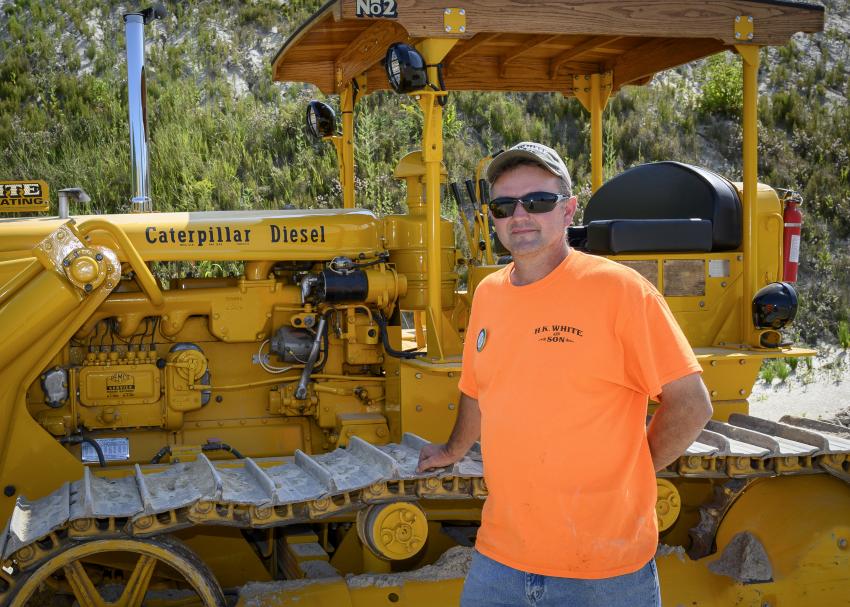 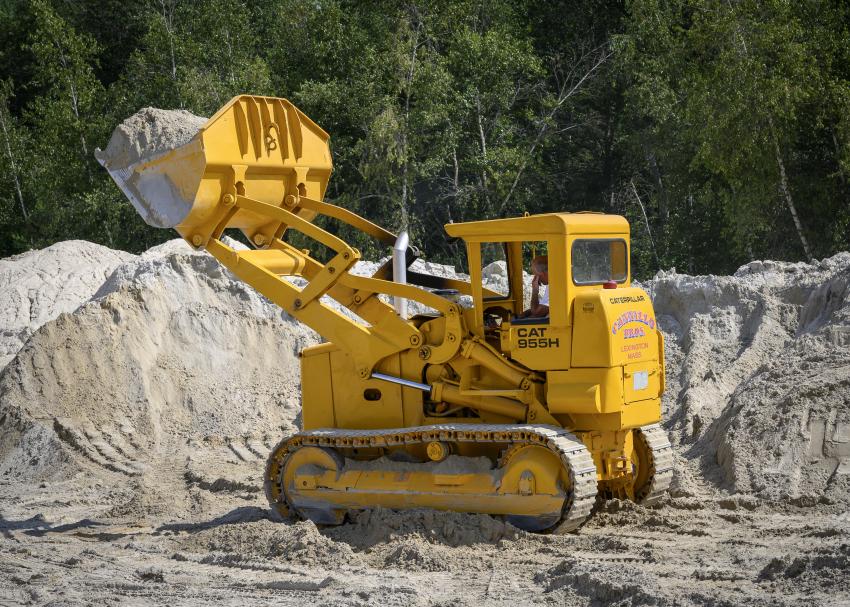 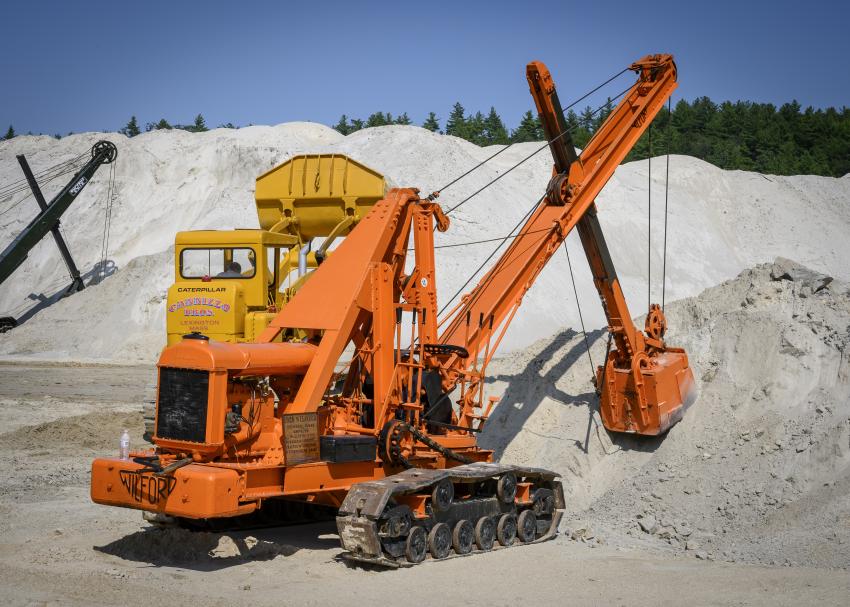 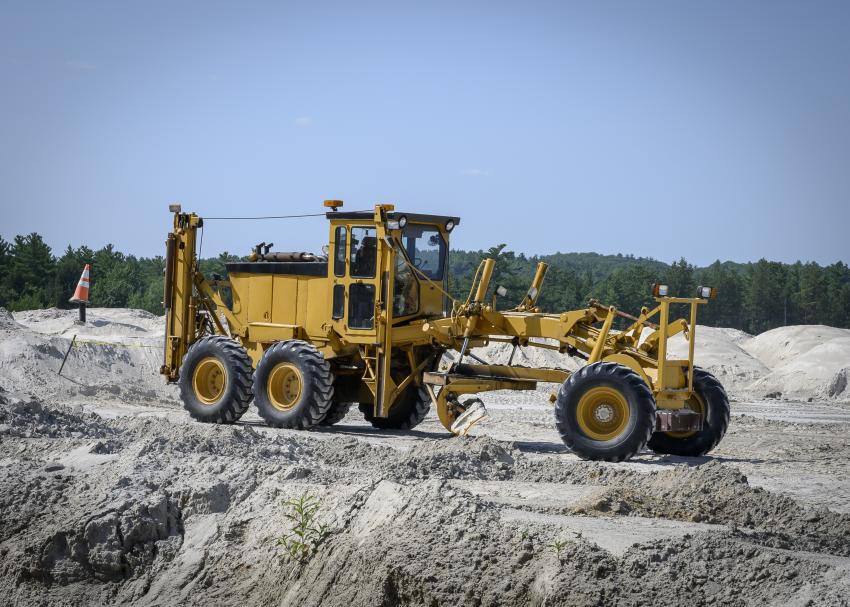 A Caterpillar motorgrader was available for members to operate at one of the many stations throughout the grounds. 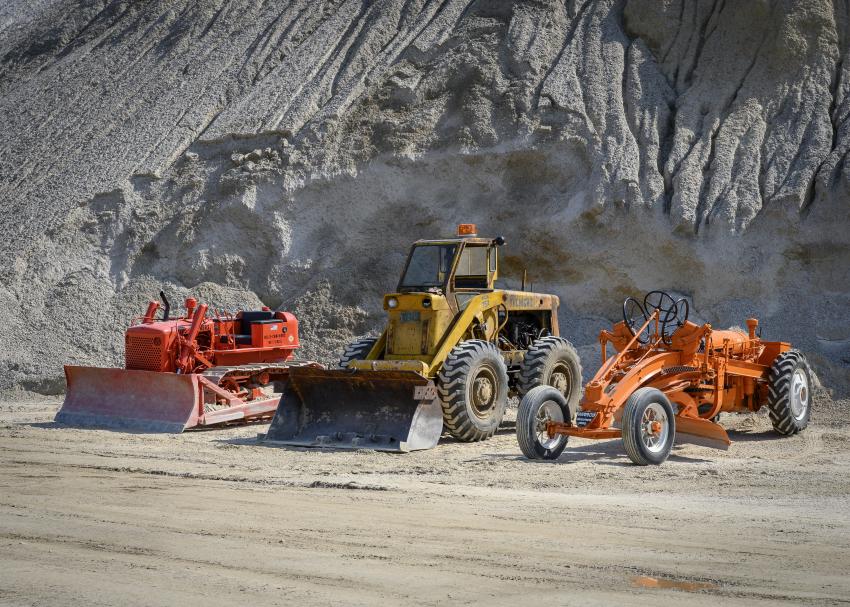