Ronald Reagan Parkway May Open in Fall of 2017 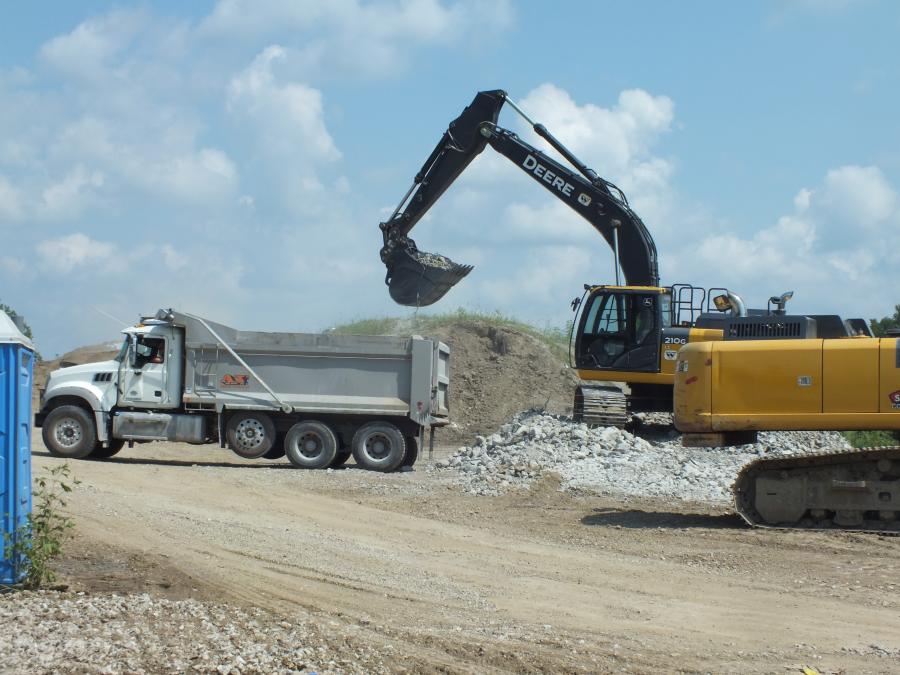 Completion of the 1.7-mi. section of the Ronald Reagan Parkway (RRP) from County Road 300N to U.S. 136 has a revised schedule, with fresh hopes of opening in the fall of 2017.

Completion of the 1.7-mi. section of the Ronald Reagan Parkway (RRP) from County Road 300N to U.S. 136 has a revised schedule, with fresh hopes of opening in the fall of 2017.

Work began in July 2015, but stalled over the winter, despite mild weather conditions, and didn't pick up much speed until late summer. When completed, it will feature four lanes (divided) of new-terrain roadway, linking Interstate 74 in Brownsburg to Interstate 70 in Plainfield. Not only will it provide a more direct route to the airport, but it also will divert truck traffic from downtown Brownsburg, which is in the early stages of a major renovation itself.

In addition, the Hendricks County government hopes the corridor will create opportunities for new economic development along the predominantly residential and farmland corridor. The town of Brownsburg, which annexed Ronald Reagan Parkway in 2011, wrote a comprehensive plan that anticipates significant commercial development over the next 10 to 15 years that would likely include a regional campus of offices, hotels, restaurants and shopping facilities. Brownsburg maintains a $1.2 billion value. Brownsburg Town Manager Grant Kleinhenz said that over the next 30 years, the corridor will bring an increase of 40 to 45 percent. He expects an added value of $500 to $750 million.

Planning of Ronald Reagan Parkway began in 1984 to connect Interstate 70 and the Indianapolis International Airport on the south to Interstate 74 and beyond to the north.

The county has been building the Parkway in segments as it acquired funding from various sources over the years. Construction of the first mi., from U.S. 36 to CR 100 N, was completed in 1996. The 1-mi. section crossing the CSX railroad south of U.S. 36 in Avon opened a few years ago. But the section through Brownsburg was tabled for many years, due to budget shortfalls.

To get the project moving again, Kleinhenz secured a federal funding award of $10.1 million from the Urban Surface Transportation Program to cover half the costs of construction, a move approved by the Indianapolis Metropolitan Planning Organization's policy committee. The town of Brownsburg will contribute $7.4 million and Hendricks County will fund $2.7 million of the costs to complete construction of the last leg of the county's major north-south connector.

The road construction is listed as one of the federal high priority fund projects on the FY 2014-2017 Indianapolis Regional Transportation Improvement Program, which provides a coordinated transportation system in the area by ensuring that the limited federal funds available are spent on projects that provide the greatest benefit.

“This project has been a long time coming,” Kleinhenz said. “Hendricks County is the second-fastest growing county in the state. Its population grew by 37.5 percent between 1990 and 2000, ranking it third in the state for overall population growth and second for rate of growth.

Stakeholders in the project, including the race track, hospital and local commercial nodes, all of which are major destinations along the route, insist that there is a need to accommodate present and future transportation demands with more efficient links between three of the county's biggest towns: Brownsburg, Avon and Plainfield.

Bids came in lower than expected — by as much as 20 to 25 percent, easing budget constraints and enabling work to proceed. Superior Construction, based in Gary, Ind., is the general contractor overseeing the project.

After clearing a flat stretch of land and slashing through farm fields, the road makes one continuous rise north of CR 400 to cross over two new structures that will carry traffic over CSX Railroad tracks and SR 136, before dropping back down into another former field to meet up with I-74. To create this massive hill on a flat terrain, subcontractor Gradex was contracted to move 260,000 cu. yds. of earth.

Grading is largely complete, curbs are in and a stoplight at CR 300 is functioning, but paving lags behind schedule. The bridge over SR 136 lacks a bridge deck and has not been paved. Much of the road south of CR 400 has yet to be paved, as well.

Planned in four phases with an aggressive five-year schedule that was expected to begin before the end of 2017, the Ronald Reagan Parkway in Boone County is on hold until further notice, according to one county commissioner.

Once again, funding issues have delayed construction. Both counties are looking at different funding sources. Hendricks County's portion for that section would be about $4.5 million.

Boone County Commissioner Jeff Wolfe said that the project is stalled while the commissioners seek ways of paying for the new highway intended to connect Interstate 70 in Hendricks County with Interstate 65 in Boone on its way toward Interstate 69 in Hamilton County, although the path through Boone and Hamilton counties has not been determined yet.

Outstanding bills associated with the parkway's design and planning work in Boone County total between $450,000 and $500,000, including legal service fees.

A decision by the Whitestown Town Council to withdraw from an interlocal agreement with the county also has complicated funding for the parkway's construction.

Whitestown's explosive growth requires the town council to prioritize its spending, Town Manager Dax Norton said. “A lot of infrastructure has to be built. Whitestown Parkway as it heads west [from Indianapolis Road] is grossly inadequate,” and will likely have to be widened. “There are tremendous amounts of funding that needs to be done on existing infrastructure that needs to be upgraded. We just don't have the tax base, yet, to support those projects.”

Widening and improving Indianapolis Road and CR 750 S, construction of a new Interstate 65 interchange at Whitestown Parkway and the purchase of park land add up to $32 million.