The fracture was discovered as crews worked on a $50 million project to paint and make structural repairs to the 80-ft. (24.4 m) high bridge connecting the Pennsylvania and New Jersey Turnpikes. 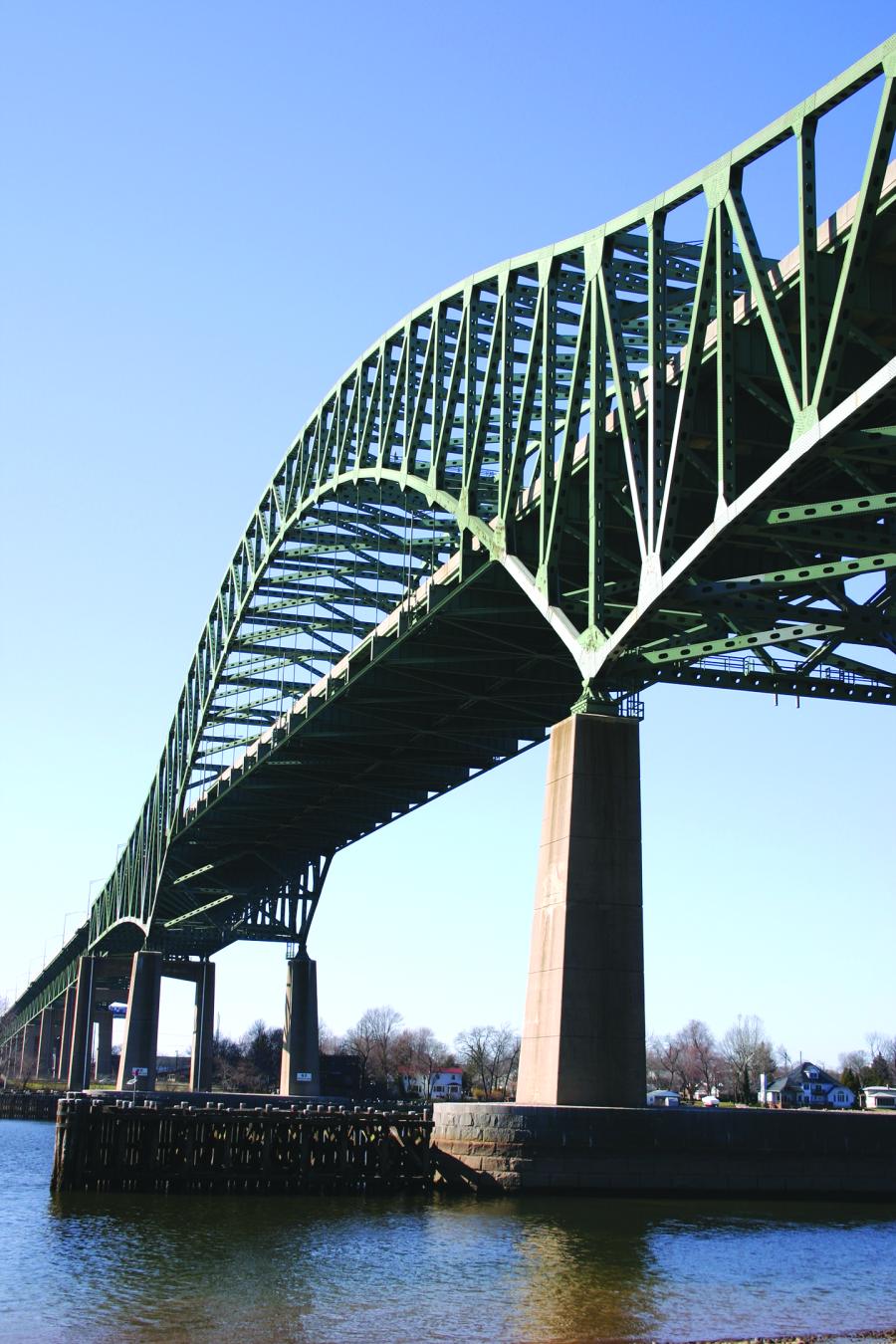 Motorists accustomed to making the Delaware River Turnpike Bridge a part of their regular drive will have to adapt to some new travel habits for at least the foreseeable future. That news came nearly two weeks after a fracture was discovered in a bridge beam Jan. 20 during routine maintenance.

“This is a bridge that carries on average 42,000 vehicles a day,” said Carl DeFebo Jr., manager of media relations of the Pennsylvania Turnpike. “It is causing an inconvenience for travelers, but what is important to understand is that it is a critical safety issue and we need to make a great effort to make sure it is fixed right and safe for the long term. This is going to be a prolonged closure.”

The fracture was discovered as crews worked on a $50 million project to paint and make structural repairs to the 80-ft. (24.4 m) high bridge connecting the Pennsylvania and New Jersey Turnpikes. The fracture is in the top member of the steel truss on the approach span on the Pennsylvania side of the bridge.

“It's not a little crack,” said Tom Feeney, spokesman of the New Jersey Turnpike Authority. “It's a clean break. The steel member is displaced. It doesn't match up any more. It doesn't connect. It was a dangerous enough situation the bridge was closed immediately.”

Workers have since stabilized the beam by splicing it to prevent further movement. They are now in the process of trying to understand what caused the fracture.

“The engineering teams for the Pennsylvania and New Jersey Turnpikes have been really engaged in an assessment of the bridge and what happened,” DeFebo said. “Basically, the assessment includes a couple of things. There is an ongoing survey that involves human eye and HD video. There will be monitoring occurring that will include the actual device that can detect the load and stress of the steel. We also have taken samples of the steel from the beam in question and sent to two different labs for analysis.”

Joe Martin, professor of engineering at Drexel University, believes he has an idea of what went wrong.

“I've seen the pictures,” Martin said. “The bridge is 60 years old and it was riveted together. It's just funny the way they designed it. You don't load trusses at midpoint. When you take a truss, you load trusses only where all the pieces come together, but in this one they have a vertical load. It's not acting as truss; it's acting as a beam. Then they flipped the I-beam over so the flanges are vertical.”

Martin said he's also heard the opinion of Karl Frank, a professor emeritus at the University of Texas in Austin.

“Dr. Frank saw two of the irregularities on the fracture that turned out to be old holes filled in with weld metal,” Martin said. “What that does is presents a discontinuity. It's a different stiffness than the steel around it. It failed at those two holes. Sometime along the line someone bolted on some huge gusset plates on this truss. This was an over designed bridge with plenty of redundancy. But there was a discontinuity in strength. At some point the fixity of the joint was reduced. It's a fracture and that is a bridge engineer's nightmare. Steel is supposed to twist and yield — like a coat hanger.”

When the fracture occurred, the load it was carrying was picked up by other beams, which is what the bridge components are designed to do. But that also caused a slight lowering of the span, DeFebo said. The bridge will have to be jacked back into place.

“There are steel platforms that will basically be used that are 80 feet tall,” DeFebo said. “It took a week to drill micropiles — the footers for the platforms. These columns do have to absorb a lot of weight. [Crews] are beginning to develop the structures themselves.”

Martin believes the fracture occurred over a short period of time. Had crews not spotted it, the outcome could have been disastrous.

“The worst-case scenario without a doubt is a catastrophic failure of the section, a complete failure of the bridge,” DeFebo said. “That's one of the reasons both sides took immediate steps to close the bridge. “It's important to understand this has to be about safety. There is a lot of study and analysis that has to be done and we want to do it right. We are not talking about a small crack here, it's full fracture. It could have led to calamity.” —CEG