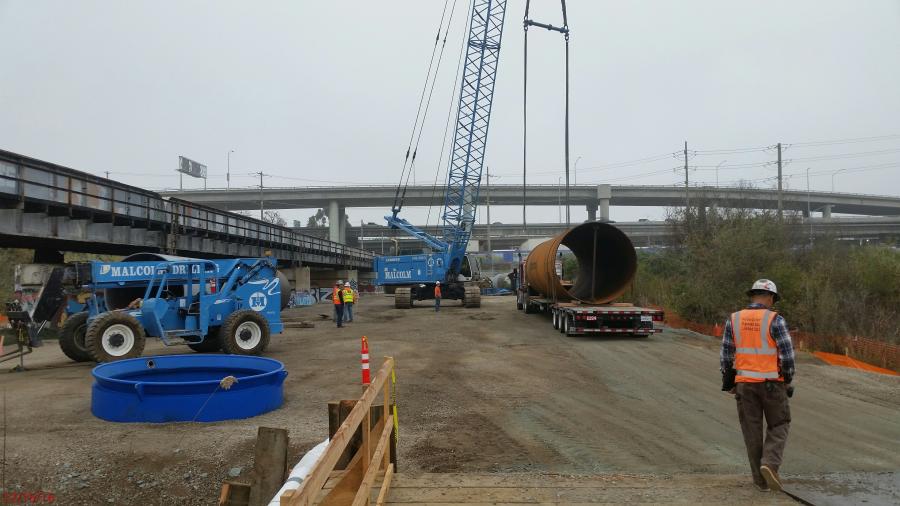 Having passed the halfway point in construction, the Mid-Coast Trolley project continues making headlines as the largest transit project in the history of the San Diego region. The $2.17 billion undertaking is the result of extensive design work, environmental impact studies, environmental clearance, grant proposals and years of planning.

"It's been incredibly rewarding to see the project come to fruition," said John Haggerty, San Diego Association of Governments (SANDAG) project director. "Some members of the Mid-Coast leadership team have been working on this project for more than a decade. Watching the progress that's been made since the project's groundbreaking in 2016 has been a true joy for those who've been a part of the project for so long.

"It will extend the current Blue Line Trolley by 11 miles, adding nine new stations north of the Old Town Transit Center," said Haggerty. "Once complete, the trolley will provide a one-seat ride from the border at San Ysidro to University City, connecting major employment and educational centers along the way." 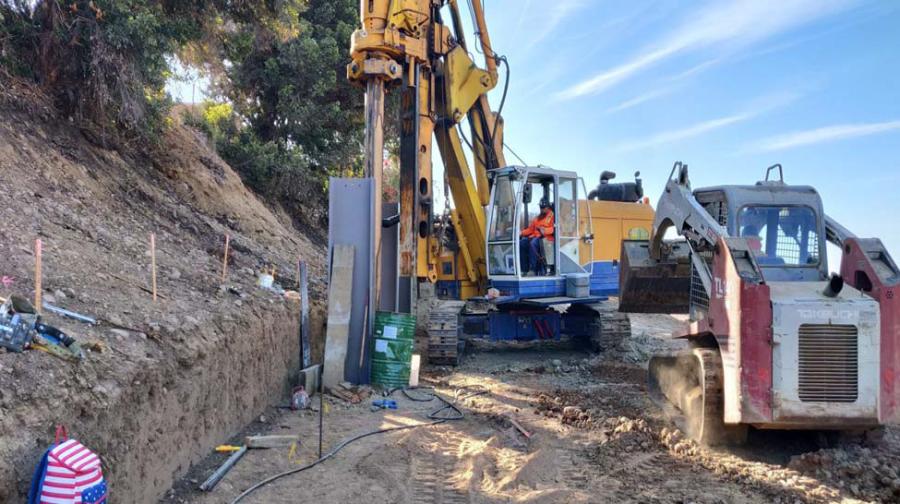 "Freeways and arterials in the Mid-Coast corridor are generally congested, and traffic congestion is projected to increase as the region grows. By 2030, population in the corridor is forecasted to increase 19 percent, and employment is expected to increase by 12 percent," he said.

The cities and communities along the current Blue Line, from San Ysidro to Old Town, will most directly benefit from the project. The trolley extension will reportedly improve access to employment, healthcare and education opportunities, while allowing people to move across the region with greater ease. It also will promote tourism in the University City area.

Haggerty said now is an ideal time to perform the work, because money is available through a full funding grant agreement with the Federal Transit Administration that will cover roughly half the cost of construction. The project is partly backed by TransNet, the San Diego region's voter-approved half-cent sales tax for transportation improvements. 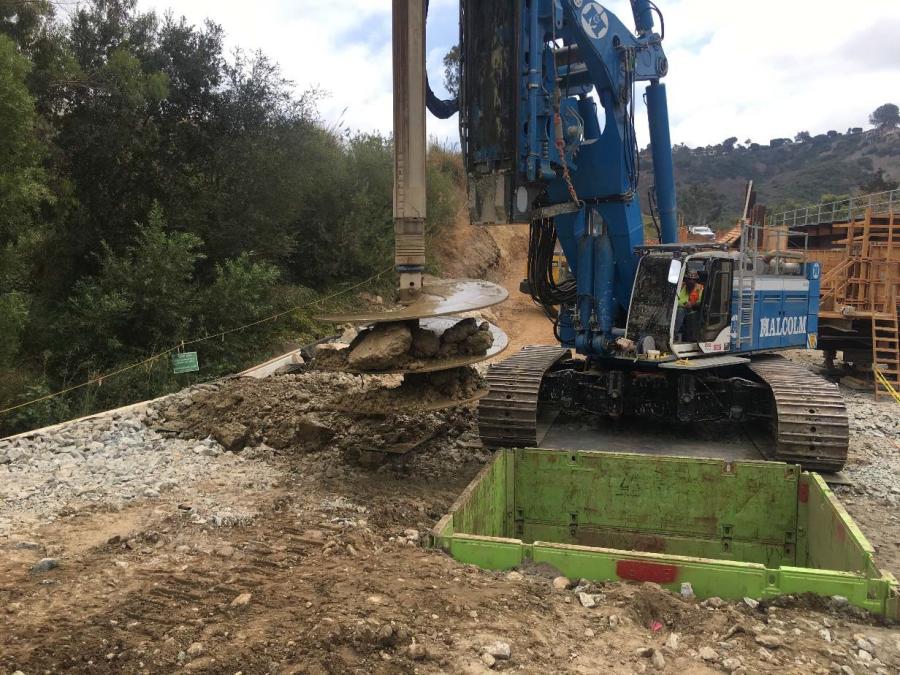 Haggerty noted that construction has required and will continue to force closures along the Mid-Coast corridor. Major closures have been planned carefully in an effort to mitigate traffic concerns and maintain access along busy roadways and intersections. Most traffic modifications are limited to overnight hours, decreasing the impact on residents and commuters in the construction areas.

A celebration was held at the end of March, to mark the project's construction status. It is on schedule and on budget The event focused on thanking the workers who are making the project a reality.

Significant construction challenges on the project include the use of up to 80-ft. pre-cast girders, and as much as 95 tons in weight. The girders were manufactured in Perris, Calif., and trucked to the site for placement on the viaduct running down Genesee Avenue through the busiest part of the city of San Diego. Transportation of the girders was completed on specialized trucks capable of carrying girders of this size through careful coordination with California Highway Patrol.

The Mid-Coast light rail project is located adjacent to an active commuter/freight rail through the southern half of the project. This required carefully considered phasing of the project, further complicated by the fact that through the alignment, the commuter/freight rail was being double tracked through concurrent projects in two locations — the San Diego River Bridge, and between Balboa Avenue and the SR-52 intersection with I-5. 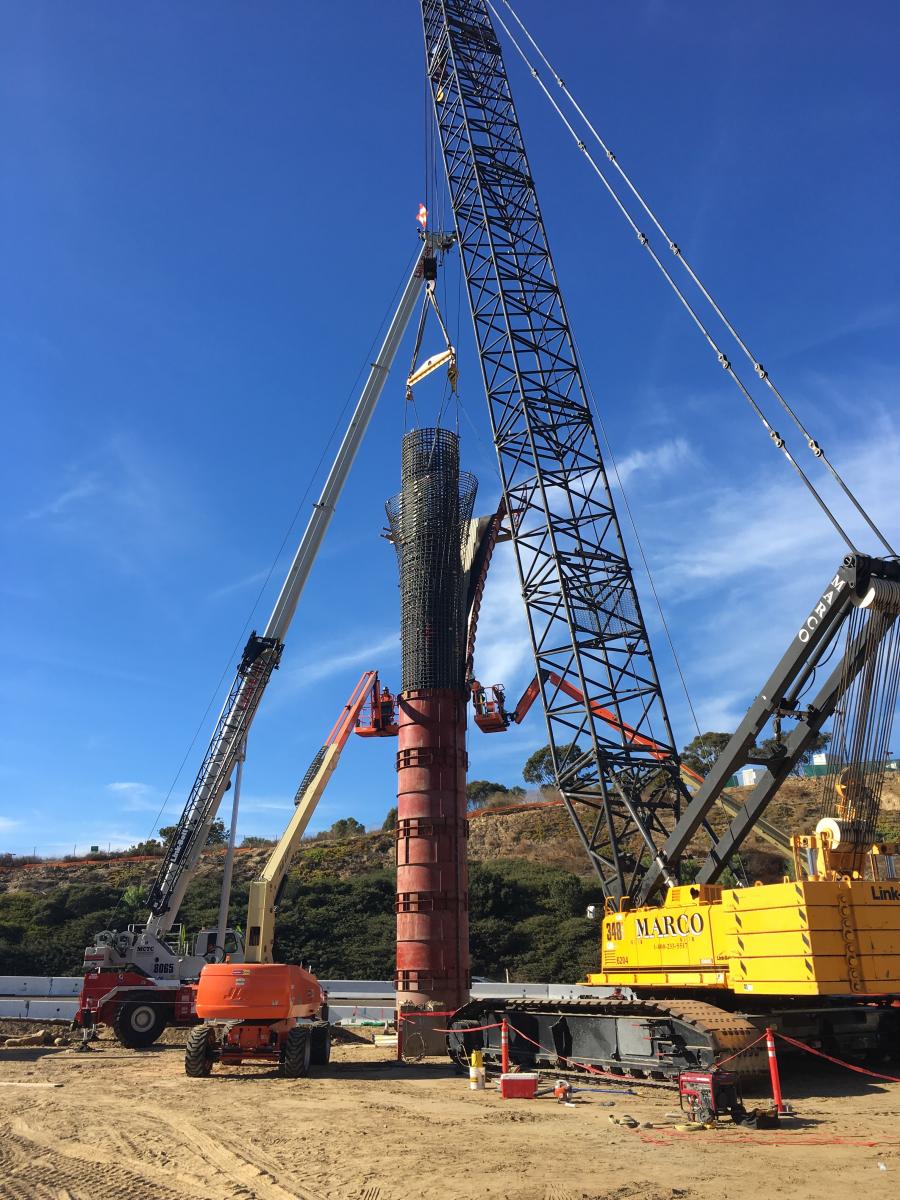 There also is an earthquake fault running through Rose Canyon along the Mid-Coast corridor. Both light rail and commuter/freight rail bridges were designed for no collapse, despite the potential for a 4 to 6-ft. displacement associated with a fault in the region.

Upcoming work includes construction of the trolley underpass under La Jolla Colony Drive as well as construction of the Rose Creek flyover, where the trolley bridge must pass up and over the preexisting heavy rail that runs through the Rose Creek area to touch down on the west side of the alignment to prepare it to continue north, parallel to I-5.

To accommodate so many concurrent projects, a construction manager/general contractor, MCTC, was selected based on qualifications. Each individual project was contracted for construction with MCTC through a master contract project by specific supplements. Having one contractor constructing all the projects in the corridor eliminated the potential for separate contractors working in the same footprint to claim delays caused by other contractors competing for limited space within the corridor.

There are several challenges associated with the project that must be overcome on a daily basis.

"Working directly adjacent to a live railroad, which happens to be the second busiest railroad in the country, as well as multi-phased construction planning and sequencing, coordination with third parties and multiple environmental agencies are some of the challenges," said Haggerty.

On the north end of the project, crews are currently building viaducts; constructing a cut-and-cover tunnel on La Jolla Colony Drive; erecting falsework on Genesee Avenue; and installing falsework and pouring the deck for the Voigt Bridge. 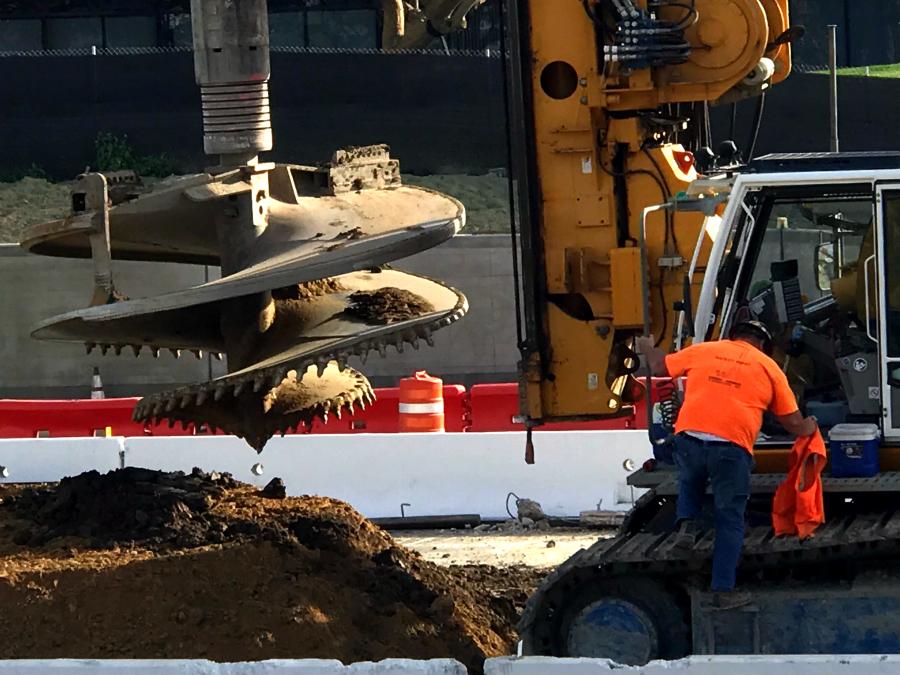 On the south half of the job, crews are working on track, light rail bridges and retaining walls, stations, communication and electrical systems, roadway work, the Rose Creek Bikeway and the Rose Canyon Bike path.

The site has always been a railroad right-of-way with either single or double track heavy rail, so in order to construct the Mid Coast Trolley extension, the guideway had to be widened to accommodate the additional two tracks. Excavation, embankment, retaining walls and bridges all facilitated the widening.

In the north, major milestones include completion of the Gilman Bridge and installation of most of the girders for the viaduct on Genesee Avenue. Moving forward, crews will be focused on the completion of the Genesee and Nobel viaducts, as well as systems work, power drops, track and stations. 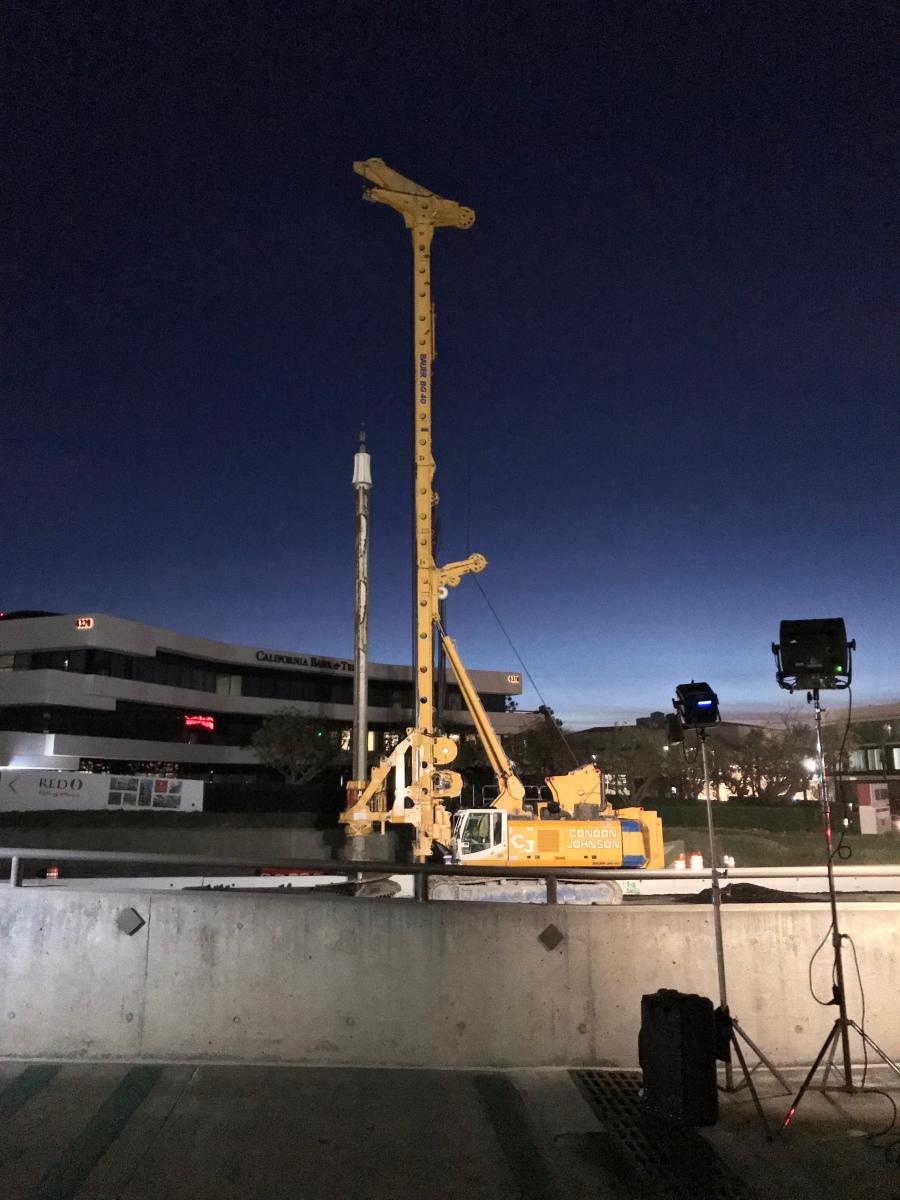 In the south, crews have completed two shooflies, which shifted rail over to allow subsequent phases of project work to begin, along with heavy rail bridge structures and track, to allow train cut-over, more than 80 percent of the retaining walls, the majority of the drainage systems and a joint trench. Crews will be working to complete systems work, power drops, track, stations, Tecolote Bridge and ground improvements, Balboa Park-n-Ride walls and TPSS houses/signal houses.

Haggerty said that obstacles are unavoidable and must be resolved.

"The Mid-Coast Trolley project team has been aware of these challenges since day one, and has been working together to clear hurdles to allow for construction to keep moving forward."