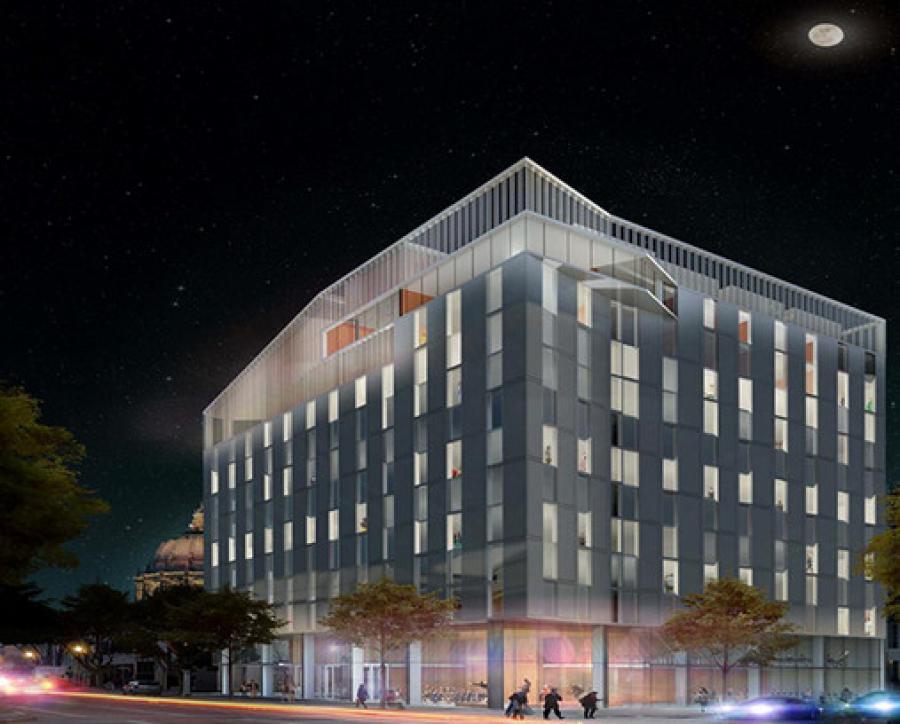 The San Francisco Conservatory of Music will start construction this summer its on new facility. (Equity Community Builders photo)

SAN FRANCISCO (AP) The San Francisco Conservatory of Music plans to start construction this summer of a 12-floor building containing two concert halls in the city's Civic Center area and has received a $46.4 million gift from the William K. Bowes, Jr. Foundation.

The conservatory said it raised $96 million of its $110 million goal. The Bowes Center for Performing Arts will be in an area that already includes City Hall, the San Francisco Opera and the San Francisco Symphony's Davies Hall. The new facility will contain housing for 420 students, a recording studio, a restaurant and 27 apartments to replace rent-stabilized residences on the site.

David Stull, SFCM president, said the building is the result of a strategic plan formulated in 2013. The land was bought a year later.

“First and foremost, it allows us the control housing costs for our students,” Stull said. “This will become a gateway to the Civic Center. The street-level recital hall, which is all glass on the street on Hayes and Van Ness, at night you drive up, you'll actually see performances taking place there.”

The total cost of the arts center and residential tower is projected at $185 million, and the building is slated to open in the summer of 2020. A $75 million loan is included in the financing.

Bowes, who died in 2016, co-founded the venture capital firm U.S. Venture Partners and was a trustee of the conservatory.

The Jewel Box Recital Hall will seat about 100 and the Penthouse Recital Hall about 200, featuring views of City Hall's dome and the Pacific coast. They have been designed by Kirkegaard Associates.

Ninety percent of the concerts will be free.

While half the conservatory's students currently live about four blocks from the school, many students have daily train commutes of one to two hours.

“This will eliminate that challenge in perpetuity,” Stull said.