San Francisco Tower Can Be Seen Leaning From Space

Two European satellites have captured a portrait of the subtle topographical shifts at work in the landscape of the San Francisco Bay Area. 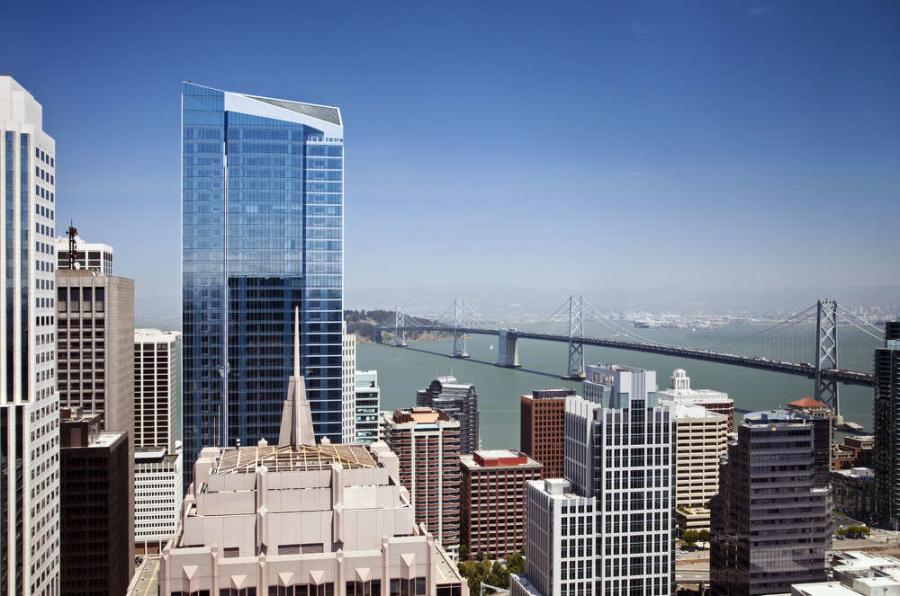 An examination found that the tower has descended about 16 inches altogether, while tilting roughly six inches, since opening its doors in 2009.

Two European satellites have captured a stunning portrait of the subtle topographical shifts at work in the landscape of the San Francisco Bay Area.

The Sentinel satellites, operated by the European Space Agency, have been snapping radar scans of the region since 2015 as part of their mission to collect data on the earth and oceans. Analysts have since compared the movement of physical features over time — down to mere millimeters.

Among the project's starkest depictions are shifts along the Hayward Fault, the gradual sinking of reclaimed land in the San Rafael Bay, and the rise of the city of Pleasanton, a possible side effect of replenished groundwater.

The images align with already understood geological processes, said Roland Bürgmann, a professor of earth and planetary science at U.C. Berkeley, who was not involved in the project.

But scientists believe that the acute level of detail offered by the technology could deepen knowledge in a number of areas, among them structural engineering, earthquake prediction and insurance risk.

“It's developing a new potential for the world that has never existed,” said Dag Anders Moldestad, a senior adviser at the Norwegian Space Center who participated in the project.

In the case of the Millennium Tower, it could also become a factor in a court fight as San Francisco wages a legal battle that accuses the developers of failing to disclose issues with the structural integrity of the downtown skyscraper.

The Sentinel satellite images — captured from early 2015 to September of this year — show that the 58-story luxury condominium building is sinking into the soft soil below at a rate of nearly two inches a year.

A separate examination this year found that the tower had descended about 16 inches altogether, while tilting roughly six inches, since opening its doors in 2009. The developer has insisted that the building is safe.

Nicholas Sitar, a professor of civil engineering at the University of California, Berkeley, said that a small amount of sinking was to be expected among structures on the reclaimed land along San Francisco's waterfront.

The Sentinel satellites, for example, found that the new Salesforce East tower, across the street from the Millennium Tower, was also sinking.

The rapid rate of the Millennium Tower's descent, however, was troubling, Dr. Sitar said. Not least to its concerned residents.