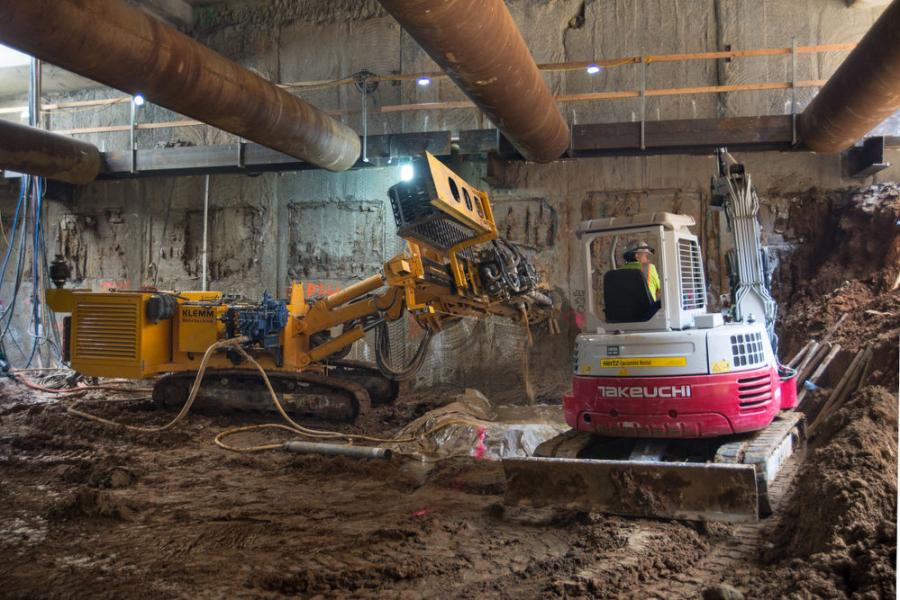 An instrumentation and monitoring plan was developed using multi-point extensometers, inclinometers and Total Stationing. Compensation grouting was implemented to maintain the settlement in impacted structures to less than a half of an inch.

Since 2015, an international competition — ITA Tunneling and Underground Space Awards — has sought and rewarded the most ground-breaking innovations and outstanding projects in tunneling and underground space use. After a challenging year – especially on safety issues – the event was held virtually and awarded the best achievements in the industry in eight categories. After editions in Hagerbach, Singapore, Paris, France, China and the United States, this virtual edition allowed more than 1,200 attendees to gather.

It also was an occasion for ITA to review the past year and announce some forecasts: "Although it has been a very challenging year, ITA Tunneling Awards has received 52 entries from 23 countries. [We are] very enthusiastic when [we] see all the innovations, projects, engineers and company working together to make our industry more resilient and take on new challenges," the ITA website stated. 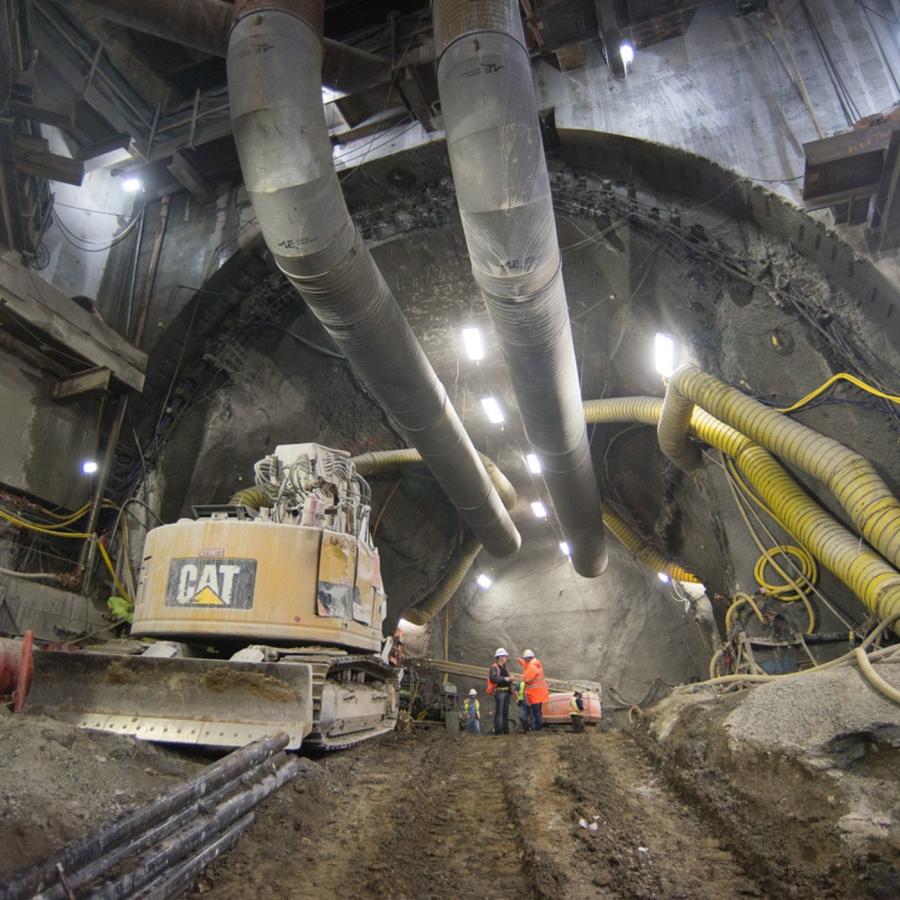 Chinatown Station is one of three stations for the Central Subway Project, a north-south LRT extension. Chinatown is a vibrant commercial and residential district with the city's highest population density. Chinatown station project was one of the most challenging engineering and underground construction projects in the United States due to its setting in narrow streets, historic buildings, numerous utilities and poor ground conditions.

The station's main elements are the station platform and crossover caverns combined. The overall main cavern dimensions are 630 ft. long by 55 ft. wide by 43 ft. high with an excavated cross section of 2,174 sq. ft., making it one of the largest conventional tunneling excavation in poor ground and soil-like materials in the United States The main station entrance and service facility are located off street and connected to the platform cavern via a cross-cut cavern. This enables the construction of the station cavern in two directions simultaneously, running as many as four operations.

Due to ground variability and the risk of conventional tunneling, a pre-support system comprised of grouted steel pipe arch canopies were provided and face bolts were used in the center drift. To protect adjoining buildings, including the "Mandarin Tower" and the historic Presbyterian Church, an instrumentation and monitoring plan was developed using multi-point extensometers, inclinometers and total stationing. Compensation grouting was implemented to maintain the settlement in impacted structures to less than a half of an inch. 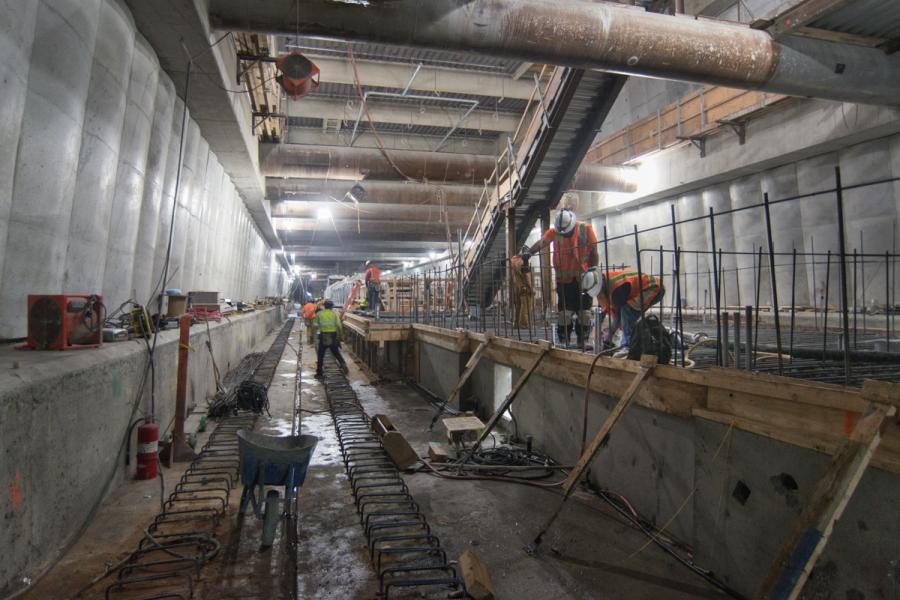 The Union Square Market Street Station (UMS) is an underground station that is being constructed as a part of the Central Subway Project in San Francisco, Calif. The entire project is a 1.7-mile-long subway extension with three underground stations and one surface station. The project will improve public transportation by extending the Muni Metro T Third Line through south of Market District, Union Square and Chinatown. The south entrance will be integrated with the existing BART/MUNI Powell Street Station, providing a direct connection between the two transit lines. To the north, the main entrance will be at the south-east corner of Union Square on Geary Street.

A portion of the famous Union Square Garage and Plaza will be repurposed to house the main points of egress as well as two emergency ventilation shafts. The station is approximately 950 ft. long. Its overall configuration is divided into three areas: the north concourse, the platform and the south concourse. The north concourse is about 200 ft. long and 55 ft. below the roadway. The platform is approximately 400 ft. long and ranges in depth from 90 ft. to 100 ft. The south concourse is about 250 ft. long along Stockton Street and another 100 ft. as it wraps along Ellis Street. The depth ranges from approximately 20 to 30 ft. as it ascends north.