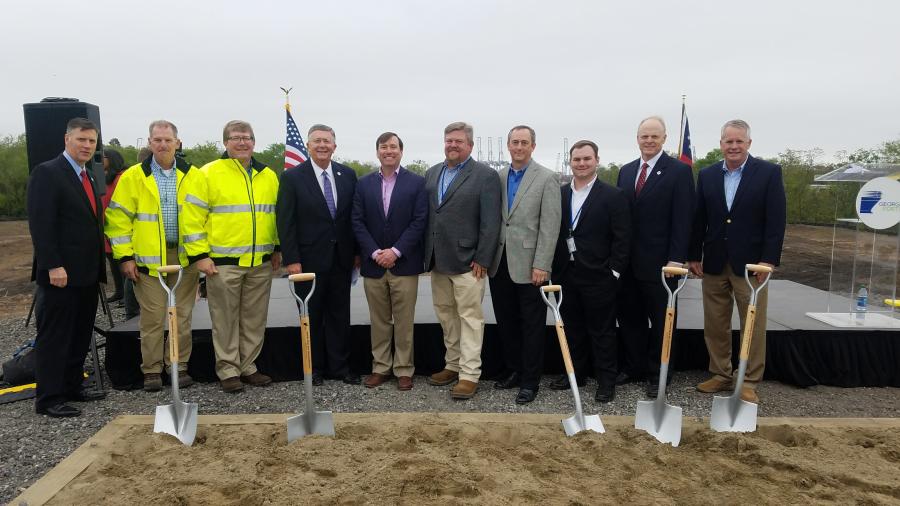 Those involved with the Mason Mega Rail Terminal believe the project is a game-changer for the state of Georgia and for commerce nationally.

Work is well underway on a 20-month contract to build the infrastructure for a railroad project in Savannah that will make it the largest on-deck intermodal rail facility for a port authority in North America.

The Mason Mega Rail Terminal is the next step in the Port of Savannah's drive to handle more cargo from Neo-Panamax vessels. It is part of a comprehensive expansion plan that includes a deeper harbor, the largest ship-to-shore crane fleet in North America, adding 60 rubber-tired Gantry yard cranes and expanding truck gates.

General contractor Astra Group Inc., of Woodstock, Ga., won the $34.6 million contract for infrastructure improvements with work starting this past January and set for completion the summer of 2019.

“There are three bridges that are part of this project, two railroad bridges and one for vehicles, to cross an on-site canal,” said Daniel Buehler, project manager. “If you put all the ground improvements in one basket, I would say they are the largest component of the job. That includes rigid inclusion, dynamic compaction, excavating, the removal of wetlands and replacement of them with suitable material, such as a composite section that involves a geogrid, 18 inches of number 57 stone and a layer of nonwoven geotextiles.” 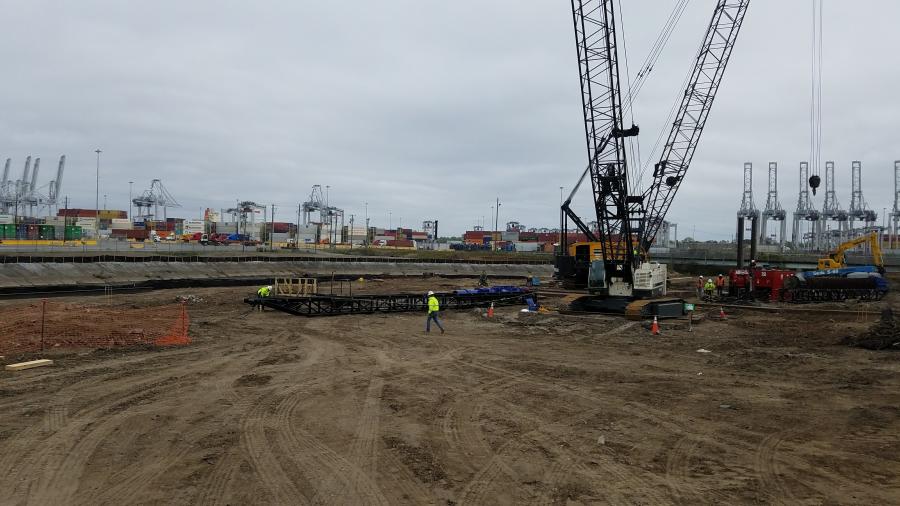 The ground compaction is achieved through the use of a crane and giant weight and is necessary due to existing landfills. The compaction area is 304,852 sq. ft.

“The rigid inclusions and dynamic compaction are not new technology, but they are new to us,” Buehler said. “We've done this type of work before, but not really on this scale. The rigid inclusions are a grouted element to stabilize the ground and minimize settlement. A tube is inserted into the ground, and as the tube is extracted, pressurized grout is pushed into the space left behind.”

Crews have started on the bridges, driving 20 test piles to determine the length the piles should be. The 18- and 20-in. concrete piles are in production now.

The worksite at the Port was vacant and doesn't call for any demolition, but there were plenty of other challenges according to Buehler.

“Not much is normal on this job,” he said. “We've got the wetlands to contend with, we have the landfill material that we are trying to build a railroad on and we have the diversion of an existing canal. Right now, the configuration of the canal has a big turn in it. It's going to be straightened out.”

There also are some interesting structures involved in the improvements, including a considerable storm drainage system and box girder superstructures on the railroad bridges.

“You don't see the box girders that often,” Buehler said. “We're using them for speed and strength — quicker production and it allows for heavy loads.”

The $126.7 million Mason Mega Rail Terminal is expected to be operational in 2020.

The expansion will increase the Port of Savannah's rail lift capacity to 1 million containers per year and open new markets spanning an arc of cities from Memphis to St. Louis, Chicago to Cincinnati, according to the GPA press release.

“Today is a great day for Georgia and the nation,” said Georgia Gov. Nathan Deal. “Not only will this new intermodal facility take trucks off the road and bring our products to the market with greater efficiency, but it will open a new corridor for American commerce to and from the Midwest.”

The Mega Rail groundbreaking is the latest in a series of Gov. Deal's signature projects designed to make Georgia the transportation and logistics hub of North America, which include: the recent announcement of 50 percent completion of the Savannah Harbor Expansion Project, a new inland terminal in Northwest Georgia, and a $10 billion statewide transportation improvement plan. 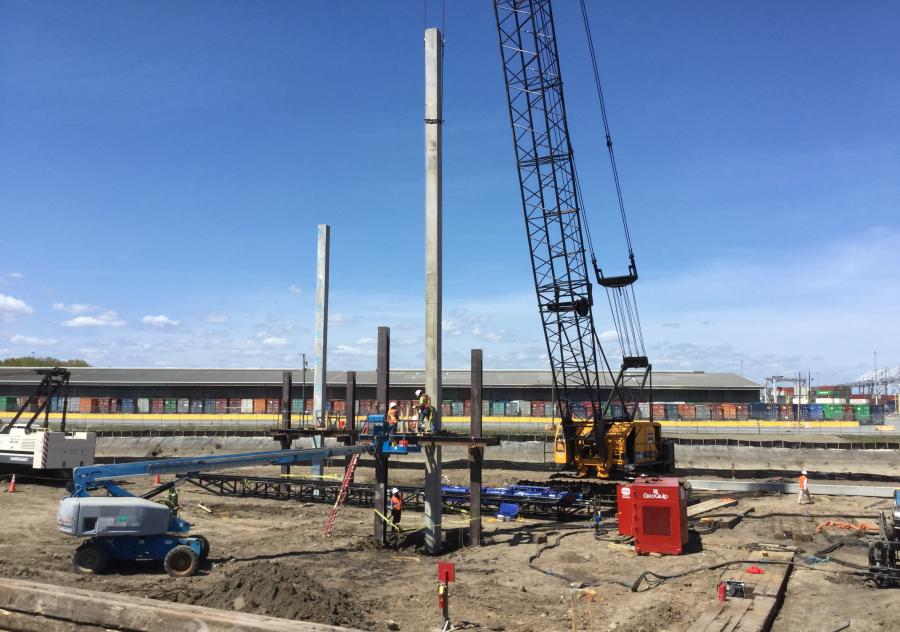 The Mason Mega Rail project will expand rail capacity by 100 percent while reducing impact on the local community and throughout the supply chain,” said GPA Executive Director Griff Lynch.

When complete, Garden City Terminal will have a total of 180,000 ft. of rail, 18 working tracks and the capability of building 10,000-ft. unit trains on terminal. This will allow GPA to bring all rail switching onto the terminal, avoiding the use of nearly two dozen rail crossings, including those on Ga. Highways 21 and 25, for improved vehicle traffic flow.

GPA estimates that the new intermodal terminal will take more than 200,000 trucks off the road annually.

“This project is a game changer,” said GPA Board Chairman Jimmy Allgood. “Our team estimates the Mason Mega Rail Terminal will slash rail time to the Midwest by a good 24 hours and present a viable new option for many manufacturers, shippers and logistics professionals.”

Allgood also said unit trains make direct routes to distant markets more profitable for the railroads, which is a major factor in how the new capabilities of the Mason Mega Rail terminal will improve Savannah's reach.