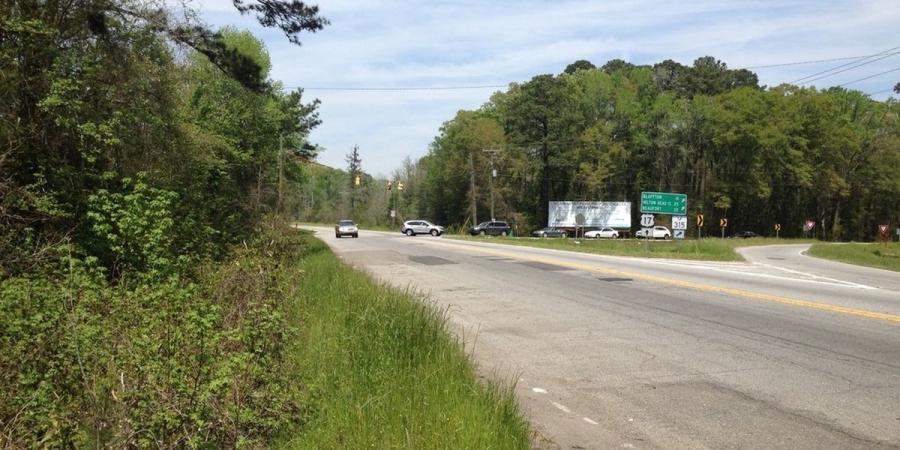 SCDOT will widen nearly 4.2 mi. of US 17 from the Georgia border to the intersection of SC 315 near Hardeeville, S.C. (South Carolina Department of Transportation photo)

A $41.9 million project widening U.S. Highway 17 between Hardeeville, S.C., and Savannah, Ga., to four lanes from two began Feb. 22, according to a release from the South Carolina Department of Transportation (SCDOT).

The upgrades are to accommodate the vehicle traffic that has increased with the South Carolina Lowcountry's residential and economic growth spurt. The rural Jasper County region is at the southernmost tip of the state, across the Savannah River from the Georgia port city of the same name.

The construction — which will also add a grass median dividing the lanes, wider shoulders and rumble strips along a 4.2-mi. stretch of the highway between the Georgia border and Hardeeville — is expected to finish in late 2025.

"The SC Highway 17 widening project accomplishes several goals. It updates the road infrastructure and improves the safety of our citizens as they travel the corridor," said J. Barnwell Fishburne, chairman of the SCDOT Commission representing the 6th Congressional District.

"It also supports the region's growth and economic development efforts now and for the future. Better safety and quality and a stronger economy for South Carolinians are what SCDOT's mission is all about."

Other portions of the project include significant ground improvements, such as new roadway embankments and compacting soil to support the expanded highway, each of which will add time to the construction. In addition, a new traffic signal and bike lanes will be installed at SC 315 in Hardeeville.

SCDOT is paying for the project, which will be performed by Savannah's R.B. Baker Construction, a leading heavy civil contractor in the two states and Florida, through the Lowcountry Area Transportation Study (LATS) and the Lowcountry Council of Governments. It has been rated a "top road infrastructure priority of the region."

A second bridge over the Back River, near the Savannah River, is being designed by the Georgia Department of Transportation (GDOT) as a second phase of the project.

The U.S. 17 widening project is a part of SCDOT's 10-Year Plan to repave South Carolina's aging corridors, rebuild or replace deteriorating bridges, make the state's rural roads safer and improve key portions of its interstates. SCDOT has tripled its road work to $3.4 billion in recent years and is ahead of schedule in the fourth year of the 10-year plan.