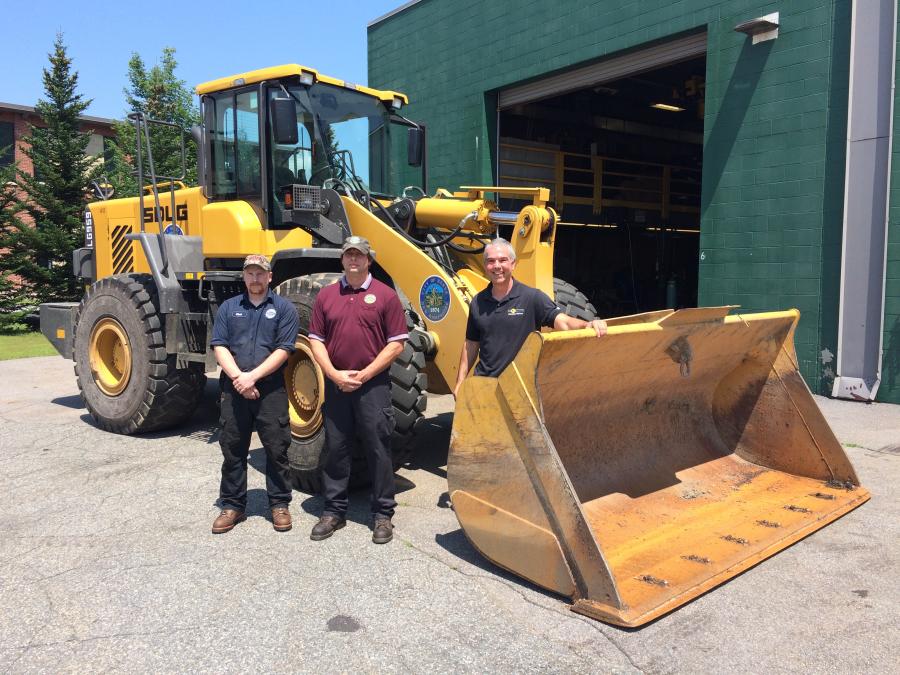 Keene, N.H., has used an SDLG LG959 for loading aggregate materials and snow removal since September 2016, and city operators appreciate the wheel loader’s quality and simplicity.

Keene, N.H., has used an SDLG LG959 for loading aggregate materials and snow removal since September 2016, and city operators appreciate the wheel loader's quality and simplicity.

Several municipalities around North America have adopted SDLG wheel loaders for use in seasonal work, from the New Jersey Department of Transportation to the Canadian province of Saskatchewan. Aspects of the brand's value proposition, such as a focus on basic, reliable technology, have resonated with governmental entities that often need loaders for low-hour or seasonal applications.

Keene, N.H., is the latest municipality to add SDLG to its fleet. Since 2000, the city has used a premium wheel loader for loading aggregates for road repairs and snow removal. In 2016, when it was time to replace the machine, the city's management decided to find equipment that could handle seasonal work and also would be easy for its diverse staff to operate.

Jim Mountford, operations manager of Keene's fleet division, chose the SDLG LG959 for its combination of reliability and simple operation, which made it easy for his crew to familiarize themselves with the machine without much additional training.

“Our more seasoned operators are used to older equipment,” he explained. “They're used to having a key switch and a dashboard that doesn't have a lot of buttons or complicated electronics. The LG959 is a lot like the equipment they've gotten used to over the last 20 years, but within a brand new, well-built frame. Everyone on our team, young and old alike, got well acquainted with this machine very quickly.”

Mountford and the city's highway division have used the LG959 for eight to 10 hours per week since its purchase, totaling more than 750 hours as of early August. The loader is ideal for the applications typically found in municipal and seasonal work.

“We use the LG959 for loading salt, gravel, stone, crushed glass and asphalt grindings — just about any kind of repair aggregate,” he said. “It's been great for snow removal, too. The quality at this price point is impressive, and we've experienced little to no mechanical issues with the loader.”

Mountford also praised other features of the LG959 that only became apparent after purchasing the machine.

“We didn't expect the cab to be so spacious,” he said. “And we really liked the fact that the engine cover is made of steel instead of fiberglass or plastic, which can be easily damaged. When you include other factors like the back-up camera and the catwalks on the cab, you can really appreciate the value of this machine. It's far more affordable than the premium alternative, and it has operated without incident since we put it to work.”

The LG959 has an operating weight of 38,250 lbs. It features a Tier III Deutz engine with 221 hp and 777 lb.ft of torque; ZF transmission and axles; wet disc brakes; a hydraulic quick coupler and third function hydraulics; a modern fit and finish with high visibility; and an operator-friendly cab. It also comes with a 12-month, 2,000-hour warranty.

The city of Keene purchased its LG959 from Chadwick-Baross. The Westbrook, Maine-based dealer has served New England with equipment and support for more than 85 years. Many of its customers work in the snow removal, municipality, residential construction, plumbing and lumber industries, among others. With five locations spread across Maine, Massachusetts and New Hampshire, Chadwick-Baross has offered SDLG products since 2015.

“We might not have known about SDLG if not for Chadwick-Baross,” Mountford said. “The company had the LG959 on display at a local tradeshow, and after researching SDLG, we were confident in the company's reliability and parts availability. Knowing we had a great dealer in our corner to service the machine made the decision a lot easier.”