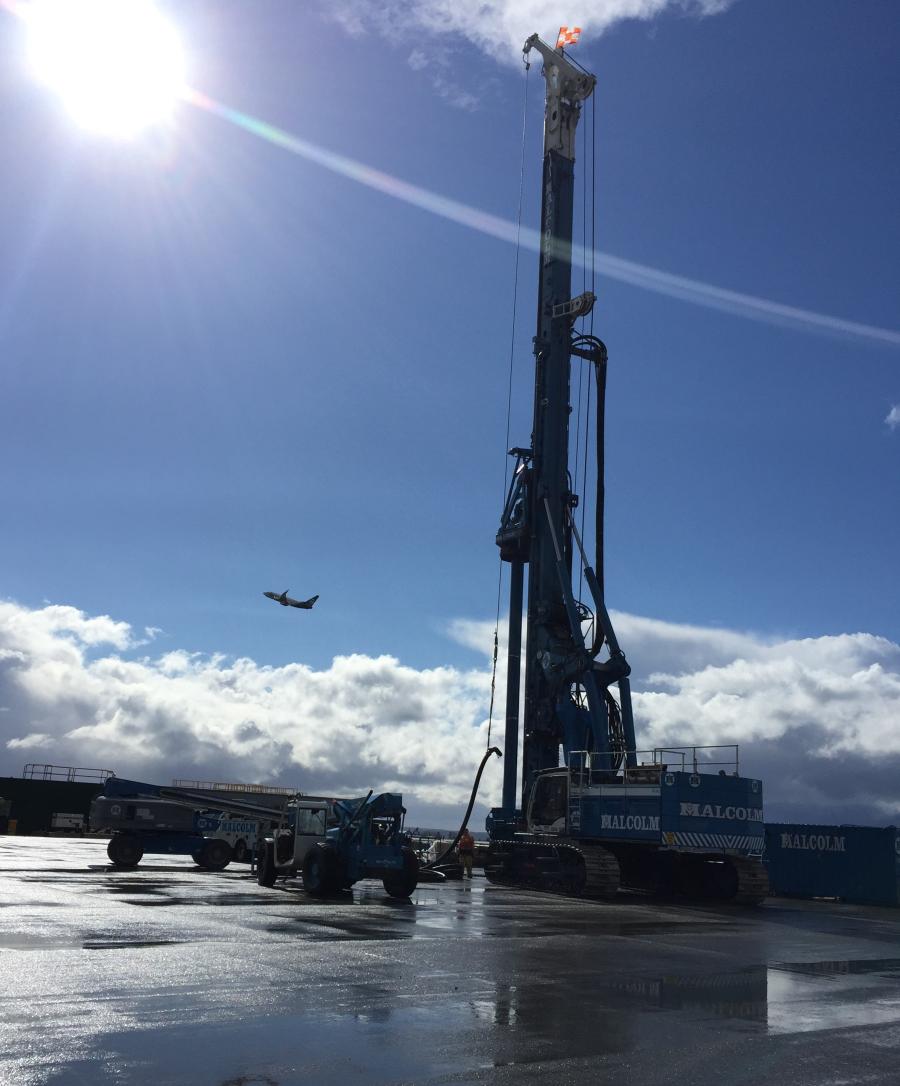 Work recently began on one the biggest projects, the modernization and expansion of the 45-year old north satellite at Seattle-Tacoma International Airport.

Travelers flying through the Seattle-Tacoma International Airport can expect to see major changes in the coming years as the airport expands and updates its facilities to accommodate the ever-increasing number of passengers arriving and departing the Pacific Northwest hub.

Work recently began on one the biggest projects, the modernization and expansion of the 45-year old north satellite. The project, a partnership between the Port of Seattle and Alaska Airlines, is designed to preserve resources and meet strict sustainability standards.

The $550 million expansion and renovation of the north satellite will include adding eight new gates with a 240-ft. extension of the building to the west, add an upper level mezzanine, more than double the existing dining and retail square footage, and introduce a rooftop Alaska Airlines lounge with views of the Olympic Mountains. The phase one expansion is scheduled to be open in 2019, followed by the renovation of the current facility to be open in 2021.

“The modernization project expands the footprint by about 40 percent, but the square footage is going to be doubled because we are adding a second floor,” said Rad Milosavljevic, resident engineer, Port of Seattle. “It's a pretty complex plan.”

One of the trickiest parts of the renovation and expansion is getting approval for equipment from the FFA, Milosavljevic said.

“Our challenge is we have to stay within a certain height. Besides that, the amount of space we've given the contractor is limited, so they have to use small tools to do big work. We are pretty close to the runways so our height limitations are pretty significant.”

They've already redesigned one piece of the project.

“We redesigned the pile depth to minimize our drill rig size,” he said. “The original pilings that are for seismic support were supposed to be between 90 and 100 feet deep. That would have required a drill rig of 150-200 feet. That presented a serious challenge because we couldn't get the FFA approval because of height. We determined that the pile depth could be reduced. But it is a pretty big piece of equipment still, but not as big as it would have been otherwise.”

They also will need to bring in two 4500 cranes to erect major trusses above the existing building.

“We will erect them in two pieces,” Milosavljevic said. “These are pretty significant cranes that will be used to hold the trusses while they are welded in place. It's happening over passenger pathways. I'm sure we'll have to shut down the satellite for a period of time, or find a window of time when there are no flights in or out of the satellite, or come up with another solution.”

Workers are currently placing the concrete basement walls and making way for the underground electrical and mechanical, said Kate Westerlund, project manager of Hensel Phelps. They plan to erect the steel in December.

“The train station up to the concourse will be completely renovated. There will be new architectural features, new escalators and elevators. We will partition parts of the station off, and we'll have the means of protection up and around these passenger pathways.”

The North Satellite project is just one on a long list of projects in Sea-Tac's Sustainable Airport Master Plan. Ground breaking on an expanded $660 million International Arrivals Facility is scheduled for this fall. The existing building was constructed in the '70s and is now beyond peak capacity. Sea-Tac has been the fastest growing large hub airport in the United States and is the 13th largest airport based on total passengers in 2015.

The new IAF will be a multi-level, 450,000 sq.-ft. facility located east of the current concourse A. According to the Sea-Tac website, features include:

• An iconic aerial walkway, which will span 900 linear ft. at a clear height of 85 ft. over the existing taxi lane, will connect arriving international passengers from the south satellite across the top of concourse A to the new IAF

The new IAF will increase passenger capacity by more than double to 2,600 passengers per hour and nearly double the number of existing gates capable of serving international wide-body aircraft from 12 to 20 gates. It will more than double the passport check booths and kiosks from 30 to 80 booths and increase the size and number of bag claim carousels from four to seven. The facility is scheduled for opening in 2019.

Other projects under the master plan include: the construction of an optimized outbound baggage handling system; a centralized pre-conditioned air plant and a safe corridor, which involves removing obstructions — primarily trees — to help ensure safe aircraft takeoffs and landing.