The House passed its version Nov. 16, and once the Senate completes its version the chambers will have to negotiate over their differences to produce a final bill they can send to President Trump. 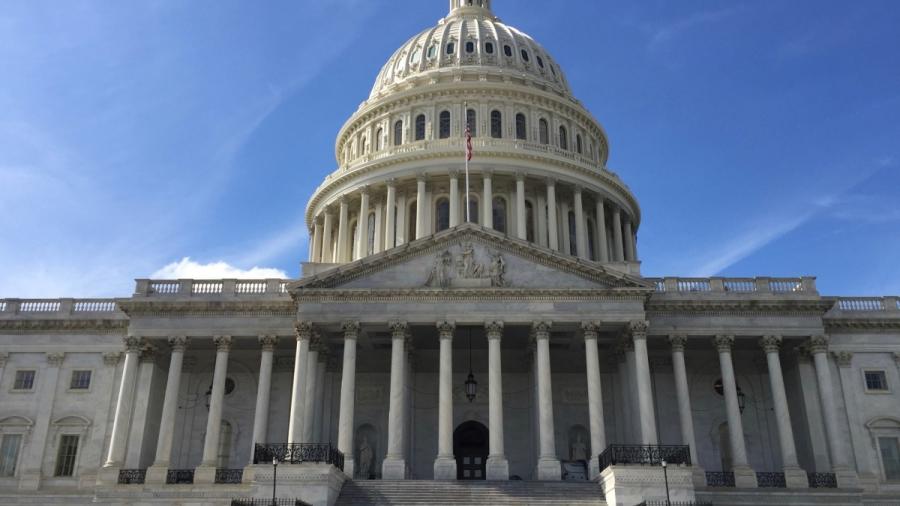 Senate Republican leaders said they expected to have enough votes to pass the final bill on Dec. 1.

The Senate took up tax-cutting legislation that makes no attempt to shore up long-term transportation funding, and which includes an "advance refunding" bond provision that would work against a debt-refinancing technique states and other government entities use to reduce their project costs.

Senate Republican leaders said they expected to have enough votes to pass the final bill on Dec. 1. The House passed its version Nov. 16, and once the Senate completes its version the chambers will have to negotiate over their differences to produce a final bill they can send to President Trump.

Meanwhile Congress must pass a new short-term government appropriation measure by Dec. 8, when a current funding bill runs out, or face a shutdown of most government agencies. That's because negotiations between the two political parties have not yet reached agreement on measures to fund the federal government for the rest of fiscal 2018 that began Oct. 1.

Congressional leaders were reportedly considering a strategy of passing two short-term "continuing resolutions," one that would maintain fiscal 2017 spending levels to Dec. 22 and a second that would extend into January if needed.

Any extension would also prevent state departments of transportation from accessing an extra $1 billion of federal highway funding for fiscal 2018. Congress both authorized and paid for annual highway funding increases in the 2015 Fixing America's Surface Transportation Act, but lawmakers still need to appropriate the money each year before states can use those funds.

For months, transportation industry stakeholders have said that tax reform legislation offered a major chance to pass overall tax cuts along with revenue-raising provisions that could put the Highway Trust Fund on a sustainable course for the long term, and set aside money that could be used to pay for a major infrastructure investment plan.

Bud Wright, executive director of the American Association of State Highway and Transportation Officials, told Senate leaders in a Nov. 14 letter that "we need to be honest with the American people. Failure to find the revenue for an infrastructure initiative now, as part of tax reform, will make passage of such a package nearly impossible in the future."

But neither the Senate nor House bill addressed either of those needs.

Pete Ruane, CEO of the American Road & Transportation Builders Association, said after the House bill's passage that lawmakers failed to address a "$1,000 per year 'hidden tax' borne by every American household due to ever-increasing traffic congestion on the interstate highways."

Besides missing the opportunity to fund project investment, the Senate tax bill would stop states and other government agencies from using tax-exempt advance refunding of government bonds to lower their debt service costs and plow the savings into other transportation projects.

For instance, the Idaho Transportation Department said in October that it would save about $13.1 million in interest costs after refinancing some highway bonds at lower rates, and would apply the savings to road and bridge maintenance.

The House-passed bill would both end advance government debt refinancing and the use of tax-exempt private activity bonds, a financing vehicle used in a wide array of public-private partnership projects including toll roads, bridges and freight intermodal yards. An array of transportation groups have called on Congress to reconsider.

On Nov. 29, a group of 21 House Republicans wrote House and Senate leaders that the signers "strongly object to the propose elimination of tax exempt private activity bonds and advanced refunding bonds" in the House bill.

"This change in policy contradicts the growing need of the federal government to rely more, not less, on states and municipalities, as well as the private sector, to help to finance needed infrastructure in a market-driven, cost-effective manner," they added.

The lawmakers urged the congressional leaders to make sure those provisions do not survive in a final tax bill.