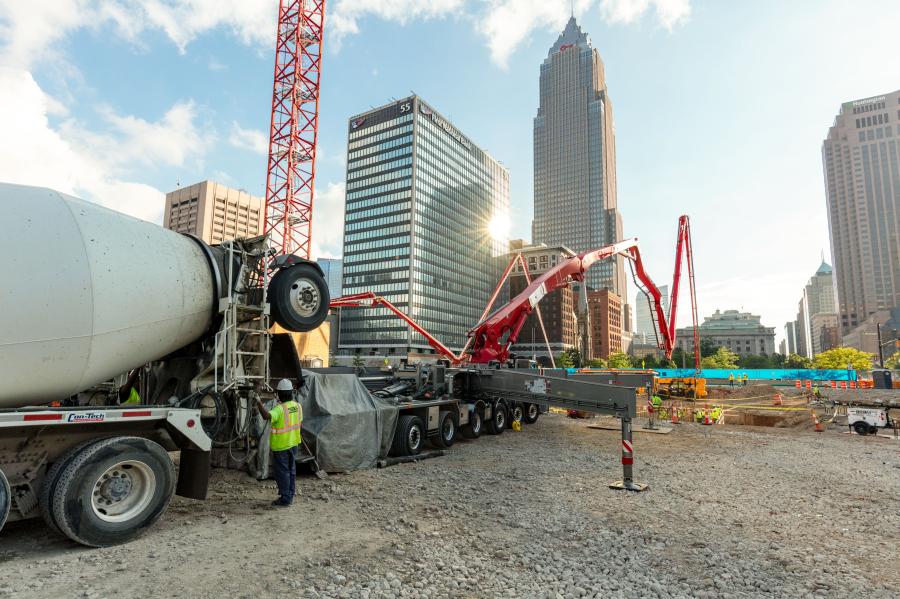 The mechanical arms of the concrete trucks had to be anchored to the ground to ensure stability as they were emptied. (The Sherwin-Williams Company photo)

A new $300 million Sherwin Williams headquarters construction project in Cleveland, Ohio, is on track for completion in late 2024.

"Concrete and underground utility work continues," the company reported in its September newsletter. "Ground improvement activities have begun for the podium and garage."

The company celebrated the construction kickoff of the new headquarters — one of two in its Building Our Future project — in January with Ohio dignitaries applauding the investment in the city. 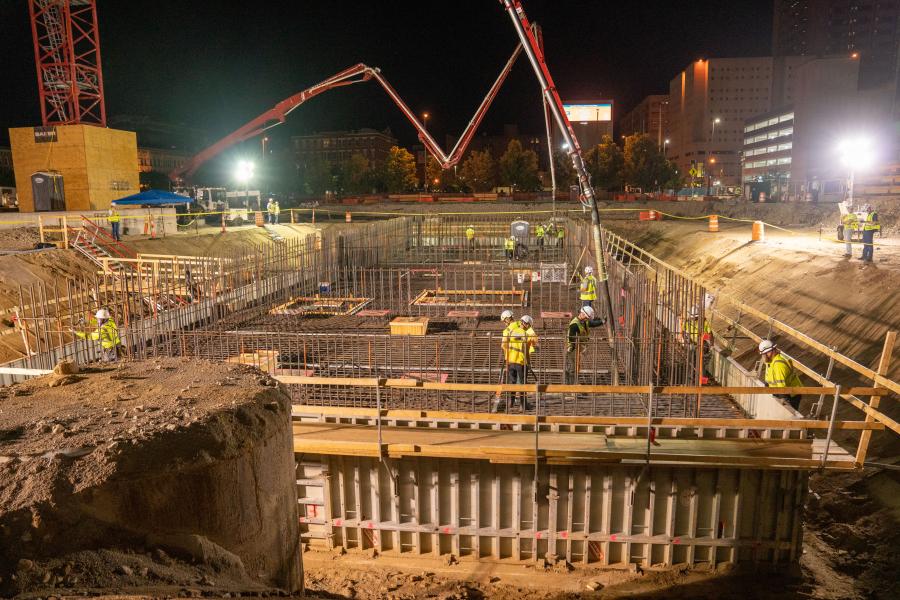 "Over the next three years, surface parking lots will be transformed into a global headquarters for Sherwin Williams," said Romona Robinson, emcee.

The approximately 1 million-sq.-ft. headquarters will be located in downtown Cleveland just west of Public Square, Cleveland's preeminent downtown park. It will feature three buildings: a two-story pavilion that will act as a "front porch to Public Square," a 36-floor office tower and an attached multi-level parking garage. The company expects 3,100 existing employees will move into the new headquarters when it is complete.

Sherwin Williams is committed to reducing the environmental footprint of its global operations, according to the Building Our Future website.

"We take a continuous improvement approach to reducing our carbon emissions, energy use and waste generation, while expanding our sourcing of renewable energy and recycling methods.

Likewise, the company recognizes the challenge climate change presents globally and is committed to addressing the challenge with forward thinking, additional tools and goals that provide the framework for significant progress.

"In 2020, we began aligning our climate strategy to reflect a science-based target approach, influenced by global efforts to limit global warming to well-below 2.0 degrees Celsius. We have adopted a new approach to better reflect and align with certain global efforts, including setting new GHG emissions reduction targets. Our goal is to reduce our absolute Scope 1 and Scope 2 emissions by 30 percent by 2030, compared with a 2019 baseline. In our view, the benefit of setting an absolute goal, rather than an intensity goal, is that it aligns best with what the planet needs – an absolute reduction of GHG emissions. We plan to further evaluate our climate-related risks and opportunities." 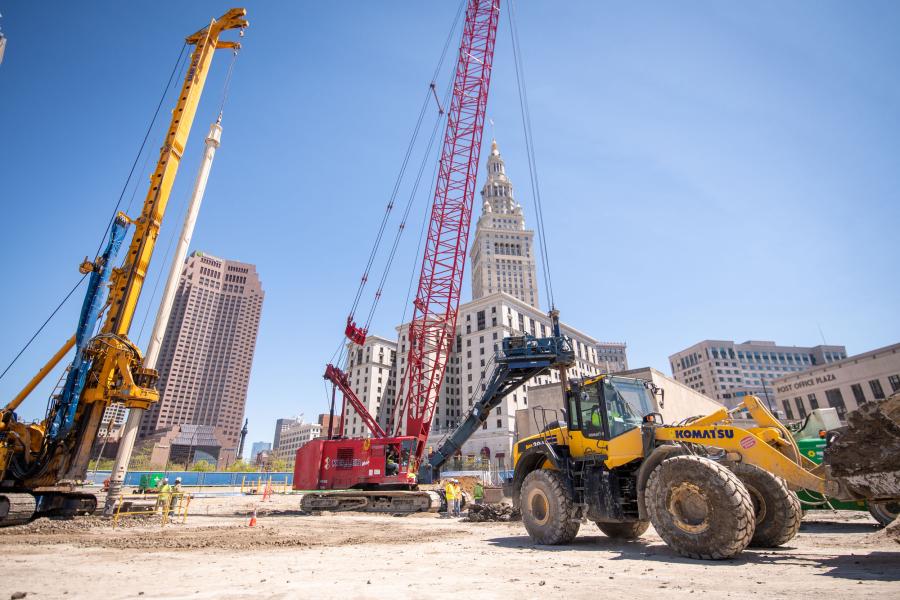 A third part of Sherwin William's efforts to be good corporate citizens includes ongoing steps to promote economic equity. In its newsletter, the company reported it has awarded $122 million in contracts to Minority Business Enterprises, Female Business Enterprises and Cleveland Small Businesses.

"We remain committed to helping uplift the entire Greater Cleveland community, including delivering on the supplier inclusion and diversity commitments asked of us by the state, county and city in our economic development packages."

The economic development package reflects the retention of 3,500 current jobs, the addition of a minimum of 400 new jobs over time and the overall long-term economic impact of the projects in the region.

"The incentives support leveling the playing field for northeast Ohio compared to states where the property tax rates are roughly half of the rates in northeast Ohio."

The second structure in the Building Our Future project is a new 600,000-sq.-ft. Research and Development Center in Brecksville, Ohio, about a 20-minute drive from the new headquarters.

Foundation, structural concrete and underground utility activities are under way. The $250-million center will bring chemists, engineers, technicians and support teams together into a hub for innovation and development of the company's future products and services. It will support product development, coatings, research, color technology and process engineering. Nine hundred existing employees are slated to move into the center, which is scheduled to open by the end of 2024. CEG