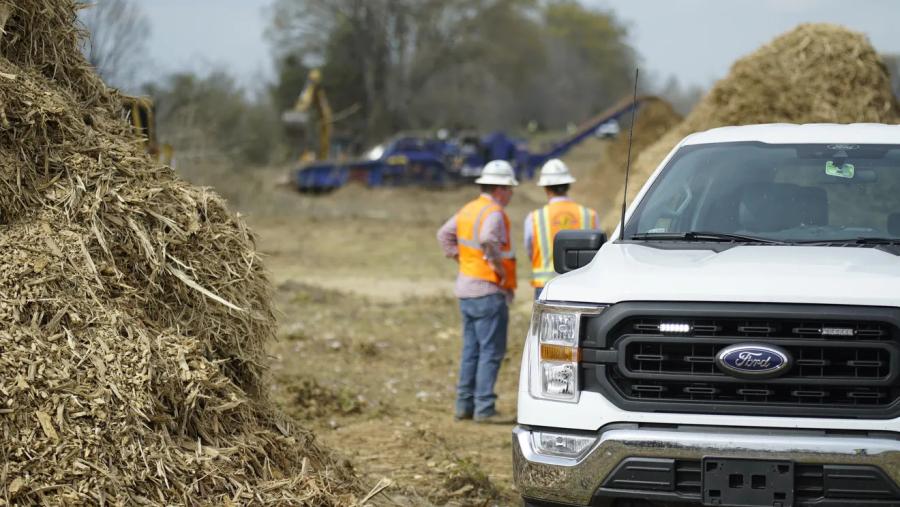 Ford's Blue Oval City entered the land prepping phase in the last week of March when a few hundred workers starting moving gravel around the site in the west Tennessee town of Stanton.

The daily arrival of crews on site marks a key milestone ahead of formal construction on the $5.6 billion electric truck and battery plant set to begin later this year.

Eric Grubb, Ford's new footprint construction director, told the Memphis Commercial Appeal that land prepping is important because without it the 4,100 acres of farmland is not otherwise conducive to development.

"What we're doing right now is leveling the site and removing all the vegetation so that we can then begin construction on a level piece of land," he explained.

The Michigan-based automotive giant recently obtained stormwater and wetland permits from the Tennessee Department of Environment and Conservation (TDEC) to begin the site work on Blue Oval City. That followed the West Tennessee Megasite Authority Board's approval of Ford's site plan for the Haywood County factory.

"It's exactly what happens when you build a house," Grubb said about the initial construction steps. "If you watch a housing development go up, they will do the exact same thing. We're just doing it on a larger scale."

The automotive company hired Walbridge, a Detroit-based contractor, as the project's lead construction firm. Greg Christensen, Ford's electric vehicle footprint director, had earlier told the Memphis news source that the plan calls for having 6,000 construction workers on site each day at the project's peak.

Ford officials, along with South Korean company SK innovation, announced plans in September 2021 for the multi-billion-dollar plant to produce electric trucks and electric vehicle batteries in Stanton. The project is expected to create about 5,800 jobs.

The auto manufacturer is slated to host a formal groundbreaking ceremony for Blue Oval City, but no date has yet been set, Grubb said.

Ford anticipates starting production in the new facility in 2025.

Ford Aims to Respect Its Neighbors During Build

As clearing, grading and construction ramp up in the next few months, Grubb said the intent is for the community to not feel any impact from the construction.

"We are taking steps to make sure we can contain anything on the site," he told the Commercial Appeal. "We will set up all the containment measures, so that when it rains [or when] we have weather events, that loosened soil … doesn't run off our site onto somebody else's property."

After work site grading is finished, the contractor will begin foundation work — likely in July, Grubb said. The number of construction workers onsite is expected to increase to 500 a day by this summer, he added.

"It's always exciting when you see action taking place that you can visually see," Grubb continued. "The team is very excited, and we're all very happy to get going."