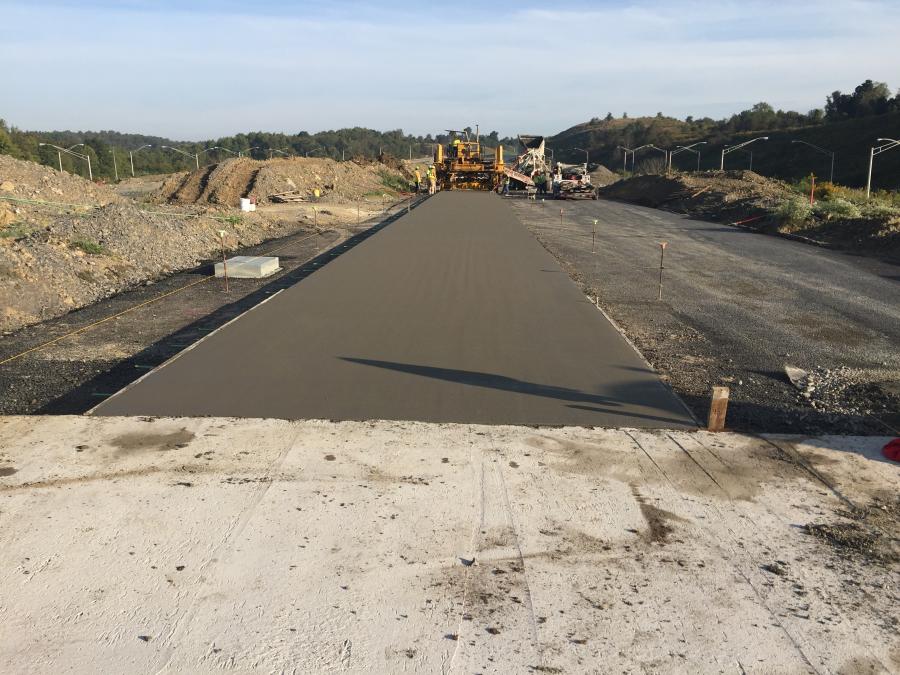 Acid mine drainage was challange during the Southern Beltway Project.

Although it is noted to be a rare challenge for the Pennsylvania Turnpike Commission to deal with on projects, acid mine drainage is a factor in this Southern Beltway Project. For several years, engineers have reportedly been studying it to determine what the best solution is.

"There is an abandoned mine just west of Noblestown Road (State Route 4037) that is filled with acid mine drainage [AMD]," explained John J. Dzurko, engineer project manager of the Pennsylvania Turnpike Commission."

Prior to any construction, an AMD passive treatment system will need to be built to handle the mine water.

"A sheet pile wall will be built so as not to expose the mine shafts while opening a passage-way for the water to release," he said. "After the sheet piles are installed, which likely will be around mid-April, the contained area will be excavated and then backfilled with limestone. Limestone is alkaline and will neutralize the acidic AMD."

Once all the limestone has been put in place, an embankment will be built. That earthwork will reportedly be finished sometime in June.

"The embankment will then need to sit for six months per Geotech standards so the ground has time to settle," Dzurko said.

Construction on a bridge abutment needed in this area is expected to begin in December 2019.