SRM Concrete's Huge Success Due to Teamwork of Family 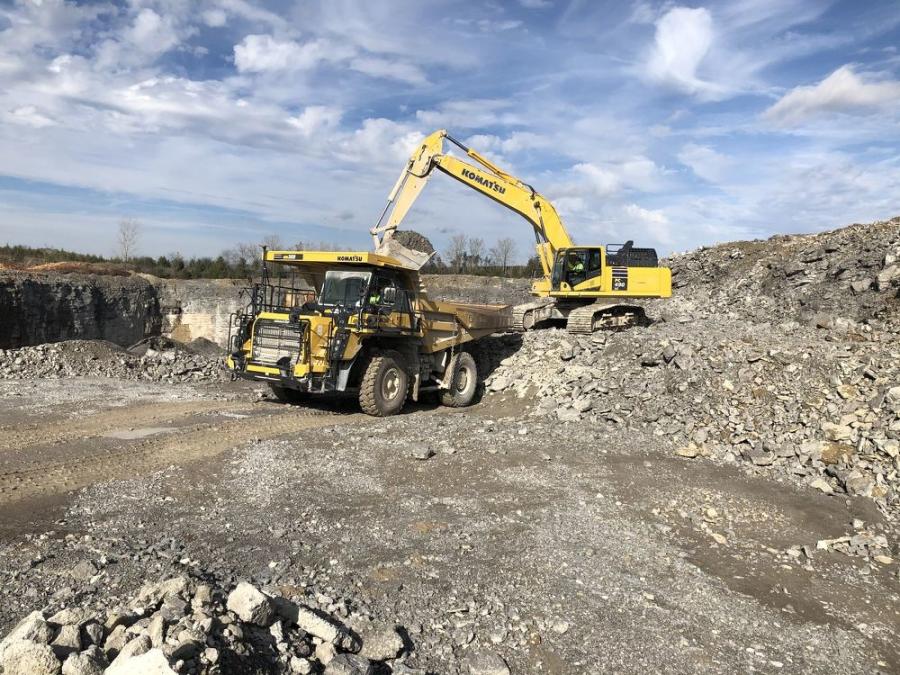 Back in 1999, Mike and Melissa Hollingshead decided that they needed to build a ready-mix concrete plant in their own Middle Tennessee backyard.

An unusual choice for most folks, certainly, but Mike did so only because he was often frustrated in getting the materials he needed to run his small concrete business.

What's more unusual is the fact that in only 22 years, Mike and Melissa's operation is today a huge company that employs a staggering 4,000 employees working in 13 states.

Smyrna Ready Mix Concrete, better known as SRM Concrete, offers a range of services, but its concentration on ready-mix, mining and materials production has made it one of the fastest growing operations in the eastern half of the United States.

Today, SRM is still rooted in providing superior customer service, just as it was in the early days when the personal touch was key to the growth of Mike Hollingshead's company.

How Did They Do It?

The level of drive, determination and faith that the Hollingshead family possesses is clearly behind SRM Concrete's success. 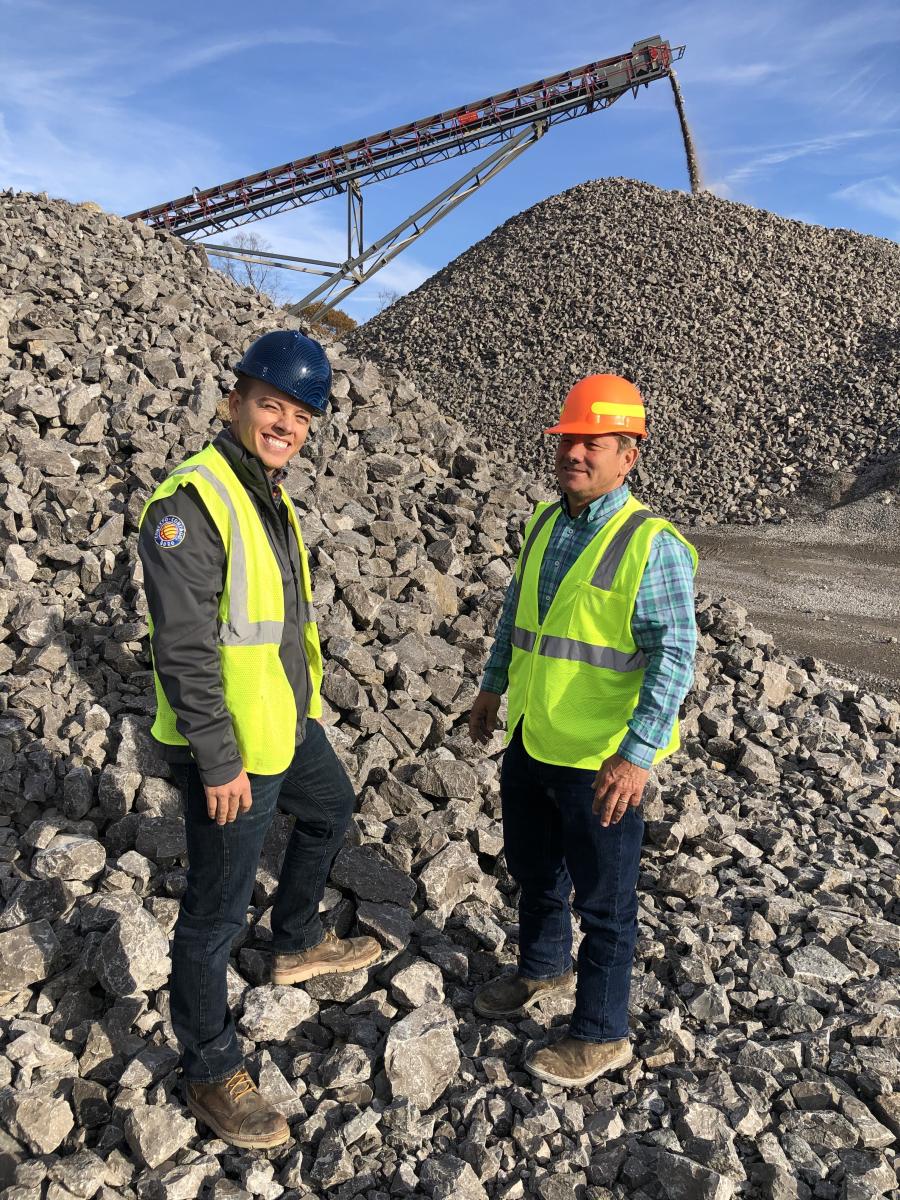 "Dad was in the ready-mix business working for himself finishing driveways and patios locally, but he kept getting poor service from a distributor due to the larger jobs they had going," said Ryan Hollingshead, Mike's son, and the current president of SRM Aggregates, a division of the larger company. "That is what made him want to put up his own concrete plant."

Although it was not an inexpensive proposition to do so, and with little money of their own, the couple scraped together enough to erect what is today known as Smyrna Plant 1, a larger and still fully operational facility at 4500 Hickory Grove Road in Murfreesboro.

"[Dad] did not have a clue going in about what he was doing, and he had to work through that, but he had the good Lord's grace on his side," Ryan added.

Within six months of launching SRM Concrete, though, other area concrete finishers took note of the new plant and began ordering from the family business.

Having Ryan as president of one of SRM's major divisions, and his other son, Jeff, serve as both company CEO and the family member in charge of the ready-mix operations, has allowed Mike Hollingshead in 2021 to enjoy his status as founder and owner.

But that's not to say he isn't involved with SRM's operations.

"I can assure you that my dad is heavily involved in everything he can get his hands on," Ryan said with a laugh."We don't have the turmoil you sometimes see in family-owned businesses. We have a good relationship that is carried over to our business. It means so much more because we are working as a team, and we do everything together outside of work, like go to church and go on vacations."

Interestingly, the younger Hollingshead said that in 2014, SRM Concrete was able to buy out the ready-mix company that had earlier denied his father the products he needed for his one-man projects, which, in turn, led to the creation of the large multi-service firm.

That acquisition was just one of many that SRM Concrete made over the years as its coffers grew and it identified opportunities to move into new markets. What was once a simple ready-mix plant is now a company capable of handling the multiple needs of countless numbers of building contractors. 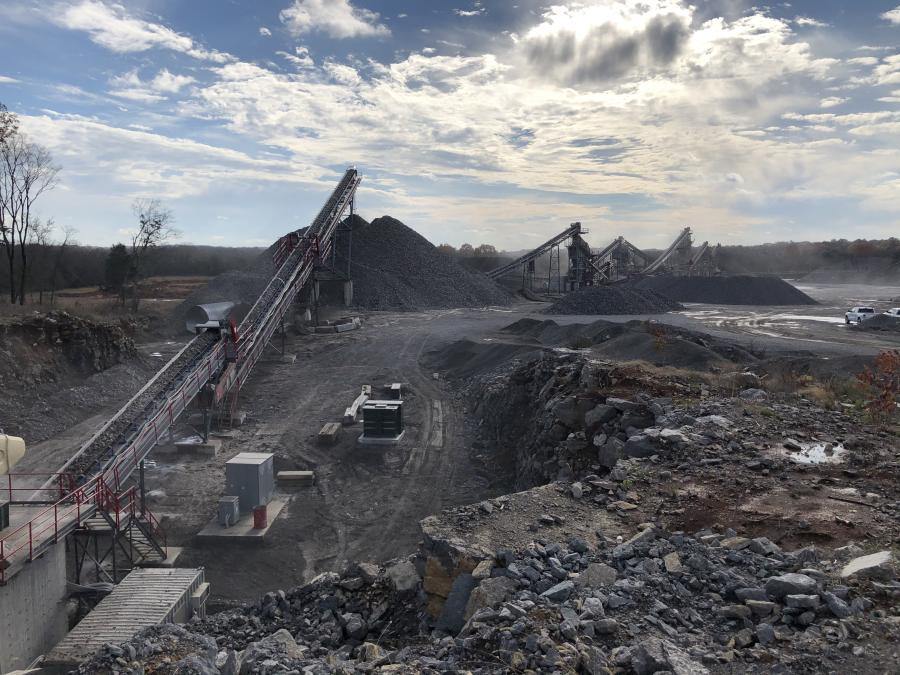 The SRM Materials Division, for instance, provides a vast range of products made or mined at facilities from Michigan to Florida, and as far west as Texas. The division is only a few years old but already counts 16 quarries that include plants to create crushed limestone, river rock and natural sand products.

SRM expanded its roster of quarries, Ryan noted, in what he described as "an organic fashion" to complement its other existing services in a particular marketplace.

"We, of course, are ready-mix driven, so as we acquire ready-mix companies, if we see a need to have a quarry in that area, we will look to obtain one close by," he said.

Through SRM Products, the parent company has expanded into building and maintaining facilities to support its different construction services, such as warehouses that stock and deliver a variety of concrete related products, including rebar, wire mesh, form lumber, masonry materials, waterproofing materials, decorative and color materials and finishing tools.

In addition, SRM Concrete Pumping Services is strategically located in the Midwest, Mid-South, and Deep South, while in Nashville, Houston, Detroit and Panama City, Fla., another of its divisions offers harbor delivery services to customers that need their raw materials moved quickly and efficiently.

"We now have over 300 concrete plants, and we have another set of deals coming up in the first quarter of 2022," Ryan Hollingshead said.

From the company's limestone mines, many in Tennessee and Alabama where the rock is abundant, 10 different aggregate sizes are produced, he said, although other products can be created with screen changes. 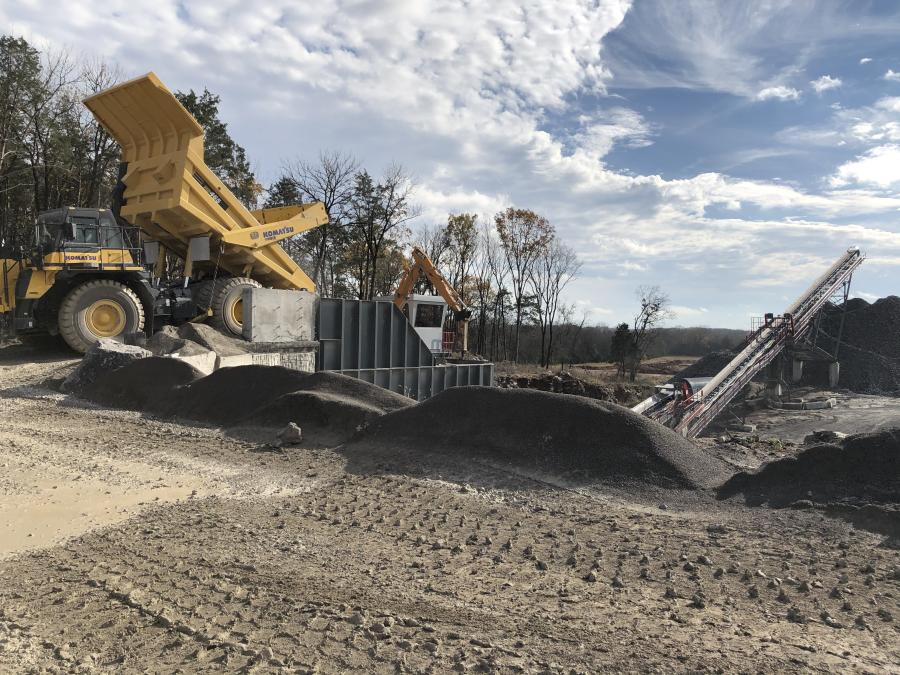 "Keep in mind that we also have sand mines, granite mines and gravel pits. In addition, we are on the water in Jackson, Ala., about an hour north of Mobile, where we are loading rock and hauling it south to Panama City, Fla."

With its concrete production, SRM concentrates its attention on residential projects, he said, adding that it is working at many large home developments along the East Coast.

The company also has been involved in many commercial jobs throughout its territories. Close to home, for example, some of SRM's largest contracts have included the building of the downtown Nashville Convention Center, and the nearby Bridgestone Tower.

Making sure SRM Concrete follows safe practices within its various divisions is something that has proven to be a demanding task, considering the far-flung nature of the company, its vast number of employees and the type of work that is performed.

"My main goal is keeping everyone safe," Ryan said. "At SRM, we consider safety an investment in our employees, and we want to make sure that our people can clock in and out every day. I know everyone on every site by name, and on the ready-mix side that is difficult because of the sheer number of people we have, but as a family-owned company we all have an open-door policy, so any Hollingshead can be reached, if needed."

Through both growth and acquisition, the company has amassed a heavy equipment fleet of more than 400 pieces. When it is time to replace or add new units, SRM Concrete has chosen to purchase all its machinery from Power Equipment's Nashville branch, a testament to the expertise of the dealership that a construction services company of SRM's size would rely so heavily upon it. 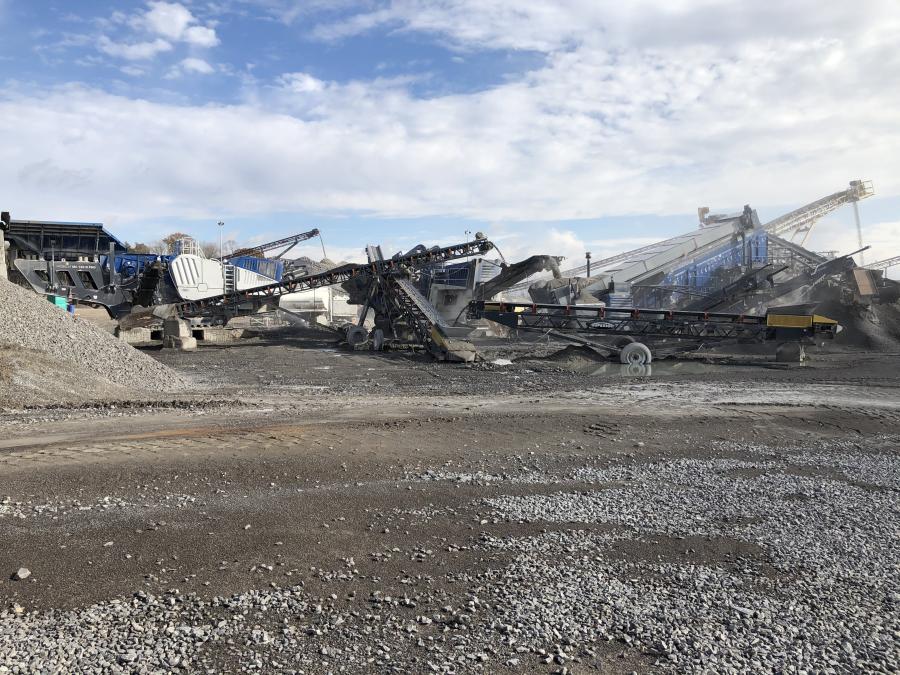 "It really is because of the Power Equipment branch we use, and the whole team that includes Jeff Walker, as well as the phenomenal machine service Robbie Allen provides," Ryan said. "I want to deal with people I trust and that goes a long way.

In fact, he added, "There is not one complaint against Power Equipment that I could ever make. It has surprised me, too, that despite being such a large distributor, dealing primarily with brands such as Komatsu, Epiroc and Sennebogen through Power makes it feel like you are working with a small, local company. We just feel comfortable with them."

Ryan said that he knows it is a given that even brand-new equipment is going to have a service issue, "but it is how you handle those problems that matters, and even with Power's other offerings, they have always stepped up and made it right for us."

Although now headquartered in Nashville, the Hollingshead family company has not forgotten the site and the service that helped put it on the map years ago.

"We crush rock here at Smyrna, but of all our many locations, this plant means more to us because we were born and raised within a quarter mile of this facility," Ryan said. "We started here and now consider it our signature quarry for digging limestone that we use to make numerous things, like concrete and asphalt for road construction."