STP Puts 'One Smart Tunnel' SR 99 Systems to the Test 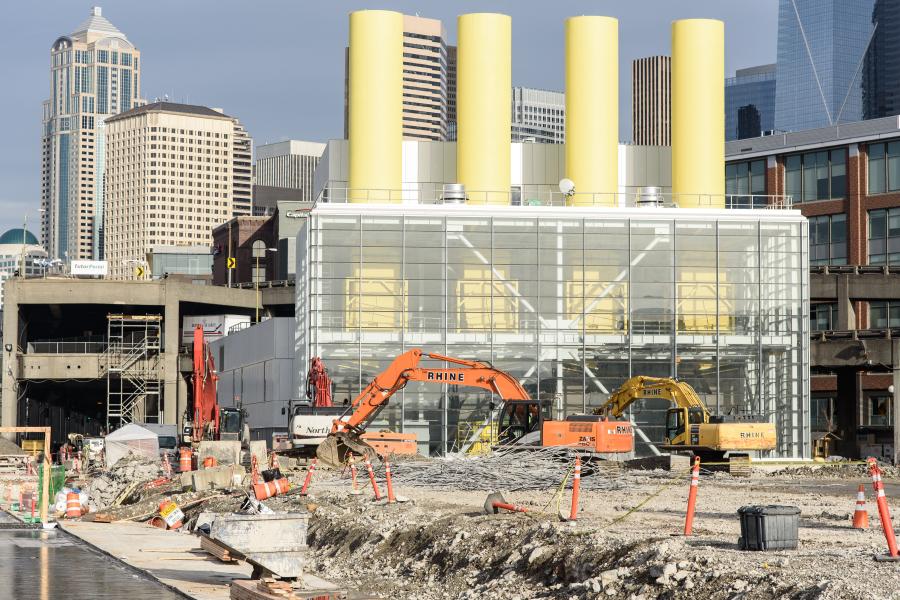 The new roads inside Seattle's $1.4 billion double deck tunnel are now complete with Seattle Tunnel Partners installing the last of 1,152 road panels that make up the lower — northbound — roadway in early March. Now it's time for crews to turn their efforts toward installing and testing the tunnel's operational and safety systems — features that are earning the SR 99 tunnel billing as one of the “smartest” tunnels ever built.

A new video on the Alaskan Way Viaduct Replacement Program website explains how the critical air quality and fire safety systems work together. The systems include:

• more than 300 cameras to monitor traffic and security at all times as part of an incident detection system;

• automated sprinkler systems design to put out a fire quickly at its source.

Crews will test the thousands of components that make up the safety and operational systems at least three times, according to the website. They'll test them once to ensure they work, a second time to ensure they work together as a system, and finally with all the other systems to make sure all the systems are integrated and functional. Once that work is complete. STP will turn the tunnel over to WSDOT, which will in turn bring in a different contractor to realign the roadway and build the final ramp connections to and from the tunnel.

The One Smart Tunnel video details each system and how it works, starting with the ventilation system.

“In normal traffic, vehicles pull fresh air through the tunnel using something called the piston effect. Every few seconds, electronic sensors on the tunnel walls sample the air. When there is an uptick in emissions, like during a traffic jam, the sensors activate the tunnel's fans. The strong fans pull fresh air from the entrances and push it into the tunnel.”

If that's not enough, say in the event of a car fire, large exhaust fans will kick in. The powerful fans act like giant vacuum cleaners, “suctioning exhaust and smoke through louvers on the tunnel wall, pulling it through the tunnel's ventilation corridor, then up and out of the large yellow stacks of the operations building.”

The fire suppression system is another component in the “smart tunnel” technology. Eight miles of fiber optic heat sensors line the tunnel ceilings. If heat is detected, the sensors activate the fans and alert the tunnel staff.

In the case of an actual fire, sprinklers activate over the flames. More than 100 divided safety zones with the tunnel allow the targeted response. Electronic signs, operated by tunnel staff, alert drivers to the situation ahead. Staff also has the option of making announcement on the public address and AM/FM override systems.

“In the rare case of an emergency, flashing lights lead to the exit doors, where inside, there's a safe place to wait or get assistance. The exit corridor also has a separate ventilation system so fresh air stays inside, even when the exit doors are opened. Finally, if an evacuation is needed, a protected passageway allows safe exit from the tunnel. 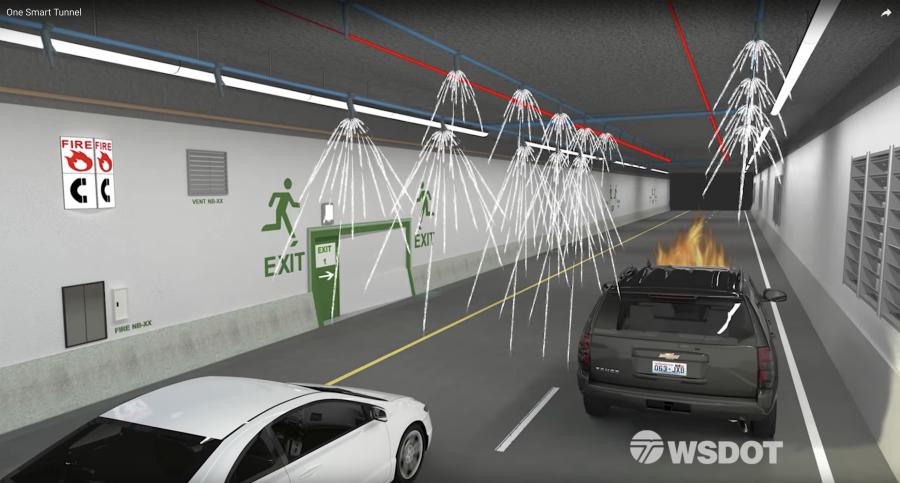 “These are just some of the ways WSDOT has safety covered so you can travel with confidence when the new tunnel opens.”

Here are some “smart tunnel” details:

The SR 99 tunnel has approximately

The tunnel could open to traffic as early as this fall, WSDOT said.

The $1.4 billion double deck tunnel is part of the Alaskan Way Viaduct Replacement Program. The viaduct, an elevated section of State Route 99 in Seattle, was built in the 1950s, but age, wear and tear and its vulnerability to earthquakes make replacement critical to public safety, according to a fact sheet from WSDOT.