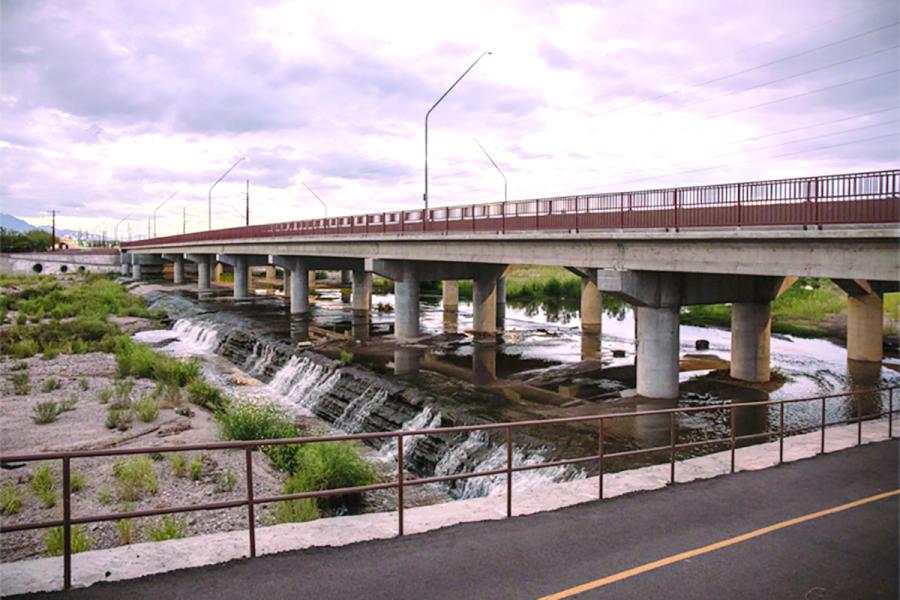 "Sundt is extremely grateful to receive such a prestigious award," said Ryan Cannon, Sundt project manager. "Our partnership with ADOT was essential to the outcome of the project. It's a true example of how planning, attention to safety and quality and a focus on partnering can result in a successful project."

The joint venture team began work in January 2017 to elevate the Ina Road interchange, widen I-10 and Ina Road and replace the existing Santa Cruz River Bridge. The improved infrastructure helps reduce delays and increase safety for the nearly 25,000 drivers who use the interchange every day.

Of the various improvements made, the most notable is the bridge, which takes traffic over the Union Pacific Railroad tracks and reduces delays on a heavily used four-lane road. Railroad crossings were previously at street level, causing frequent backups for daily drivers. Now drivers have safer, faster access to and from the interstate.

The award was presented during AGC's annual banquet held at the Heard Museum in Phoenix. The Build Arizona awards celebrate the construction achievements of Arizona AGC contractors recognizing excellent projects, partnerships and individuals that make the project successful.

Sundt Construction Inc. is one of the country's largest general contractors. The 130-year-old firm specializes in transportation, industrial, building and concrete work and is owned entirely by its 2,000+ employees. For more information, visit www.sundt.com.