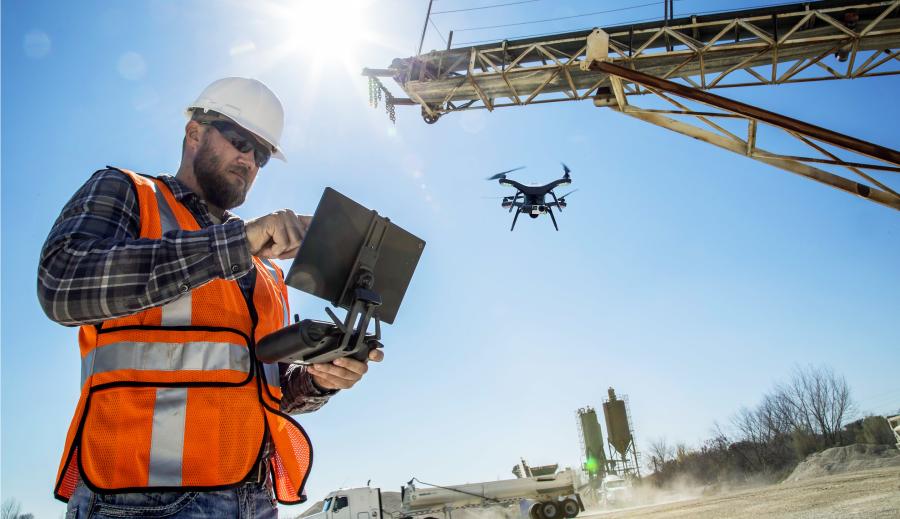 Identified Technologies, a Pittsburgh startup, has helped companies in mining to construction to work in landfills use the flying devices and corresponding software to aid their work with analytics and data collection since 2013, according to the company's website.

For everyone who hates orange barrels and construction traffic, a Pittsburgh, Pa., company is using drones to speed up roadwork times and help crews.

Identified Technologies, a Pittsburgh startup, has helped companies in mining to construction to work in landfills use the flying devices and corresponding software to aid their work with analytics and data collection since 2013, according to the company's website.

Local construction company i+iconUSA is currently using Identified Technologies on several projects in Pennsylvania and Maryland, including Route 219, being built between between Meyersdale and Somerset.

In the past, a surveyor would travel the job by foot or vehicle to gather data and points along the construction route, said Jason Tosi, construction technology coordinator for i+iconUSA. It would take “a day or a couple of weeks” to gather several hundred or 1,000 points.

Now, crews can “fly the drones and get hundreds of millions of points in a couple hours,” he said, adding that the drones “really simplified the process of gathering the information” and “absolutely” save time.

That's helpful for projects that require a lot dirt to be moved, Tosi said, adding the drones improve safety, too. If there are steep slopes in a project (think quarries or high piles of dirt), it can be dangerous for a person to survey those angles by foot, he said. The drones make the slopes visible via camera.

In western Pennsylvania, all of this could be very good news for commuters.

After all, summer is the “height of the season” for construction in and around Pittsburgh, said Jim Foringer, PennDOT assistant district executive for construction overseeing Allegheny, Beaver and Lawrence counties in district 11.

There are currently 57 road and bridge construction projects, as well as 16 rapid bridge replacements underway in Allegheny County, per PennDOT. Think: Liberty Tunnel and Liberty Bridge, the Fort Pitt Tunnel, PA 28 and more.

Foringer said he's heard of a few projects using the drones and said there are even more tech tools that speed up work. Crews also use 3-D models and automated machine guidance, he said.

So will all of this tech make your commute more bearable?

Although the timelines for projects are carefully planned, about 30 to 40 percent of construction jobs need extensions, Foringer said, but often traffic can resume as normal while the work continues.

Timing can also be affected by things like sporting events, concerts, summer festivals and … trout season, Foringer said. Sometimes there's unforeseen work added by an underground discovery. Utility coordination can get very complicated, too. But in general, more efficient and productive crews are better for everyone.

“The contractors are trying to get the jobs done as soon as they can,” he said.