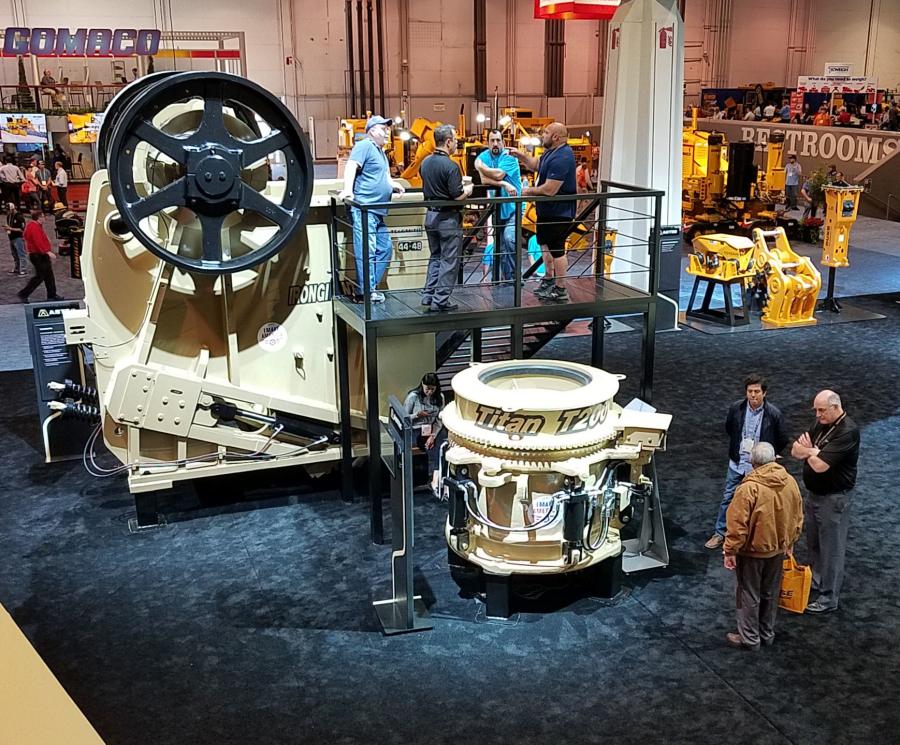 Despite the show's low attendance this year, the new Titan model, Iron Giant jaw crusher and Vibro-King TL screen drummed up a ton of interest.

"Ten foot tall and bulletproof describes our 4448 Iron Giant jaw crusher perfectly, but may also be a good description of those who attended the show," said Jeff Gray, vice president of sales and marketing, Telsmith Inc. "We enjoyed all of the detailed discussions with many current and future customers during the show and appreciate the extra effort involved in attending ConExpo 2020."

The T200 cone is the newest model in the line-up of Titan series crushers that were originally introduced in 2012, which are designed to deliver maximum uptime availability while also minimizing maintenance costs.

Attendees were excited to see the inner workings of the 10 ft. (3 m) tall, 126,000 lb. (57,152 kg) Iron Giant jaw crusher. The Iron Giant jaw crushers are designed with a long, high-volume crushing chamber that delivers reliable performance even with the hardest materials such as basalt or granite and can be used in aggregate, frac sand and mining operations as the primary crushing unit.

Telsmith also displayed a cutaway version of its Vibro-King TL screen that included Durex Screen media. Available in portable and stationary configurations, Vibro-King TL screens are ideal for heavy-duty aggregate processing, 24-hour mining operations, along with recycled asphalt and concrete products. The Vibro-King TL screen design creates outstanding performance and longevity for heavy duty scalping and fine sizing in either wet or dry applications, according to the manufacturer.