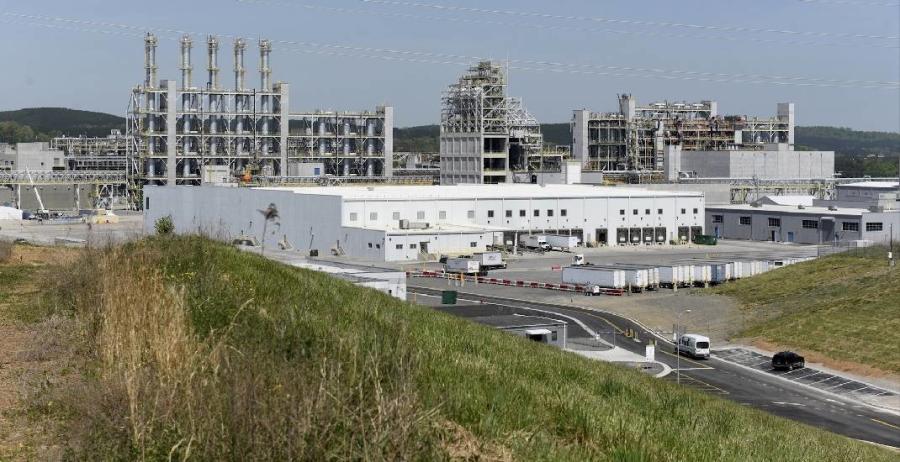 A hydrogen chemical release at the Wacker Polysilicon plant briefly shut down a busy section of the interstate in Tennessee. (John Rawlston /Times Free Press photo)

CHARLESTON, Tenn. (AP) An explosion caused by a hydrogen chemical release at a Tennessee plant briefly shut down a busy section of the interstate and spurred orders for people nearby to take shelter, emergency officials said.

A late-afternoon alert from the Bradley County Emergency Management Agency urged people to stay out of the Charleston area in southeastern Tennessee as authorities responded to the event at the Wacker Polysilicon plant.

Charleston is 30 mi. northeast of Chattanooga.

Tennessee Highway Patrol Spokesman Lt. Bill Miller said the interstate was closed in both directions when emergency crews responded to the explosion.

In statements to media outlets, Wacker said there was a mechanical failure at the plant with a hydrogen chemical release. The company said the equipment was shut down, and all employees, contractors and firefighters are accounted for. There are no injuries, the company said.

Wacker said the plant is temporarily closed, and the company is continuously monitoring air quality and the tests show the air quality is not harmful.

The Chattanooga Times Free Press reported that five workers at the plant recently suffered chemical burns from the release of silane, a highly flammable compressed gas.

Wacker in June began a $150 million expansion of the sprawling $2.5 billion plant.