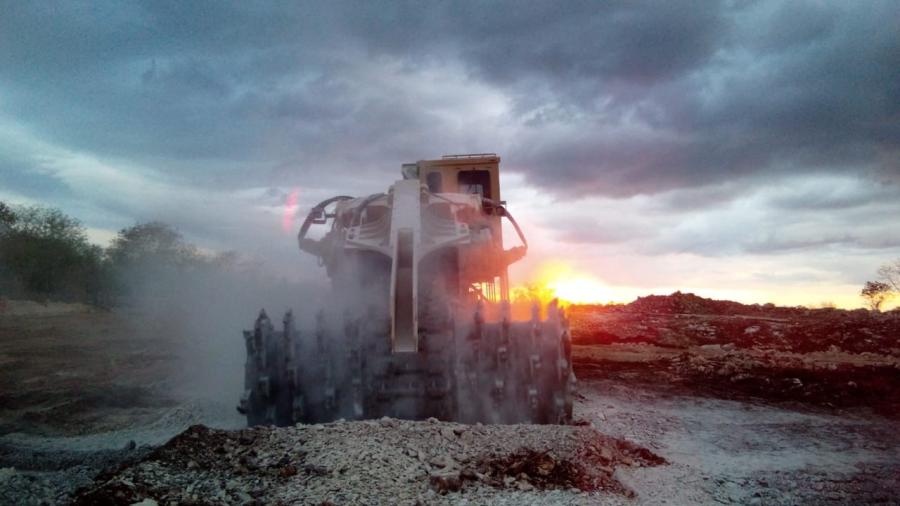 The 1475 RH hard at work on the Tren Maya project in Cancun, QRO, Mexico. (Photo courtesy of Tesmec.)

As the saying goes, when the going gets tough … the tough get going.

This is the reason why customers have been choosing Tesmec Trencher for their jobs in the hardest rock, not just in the United States, but globally.

Based out of Alvarado, Texas, Tesmec USA Inc. is a leader in engineering and manufacturing of large track trenchers and surface miners for oil and gas pipelines, utilities, heavy civil, renewables and mining projects. 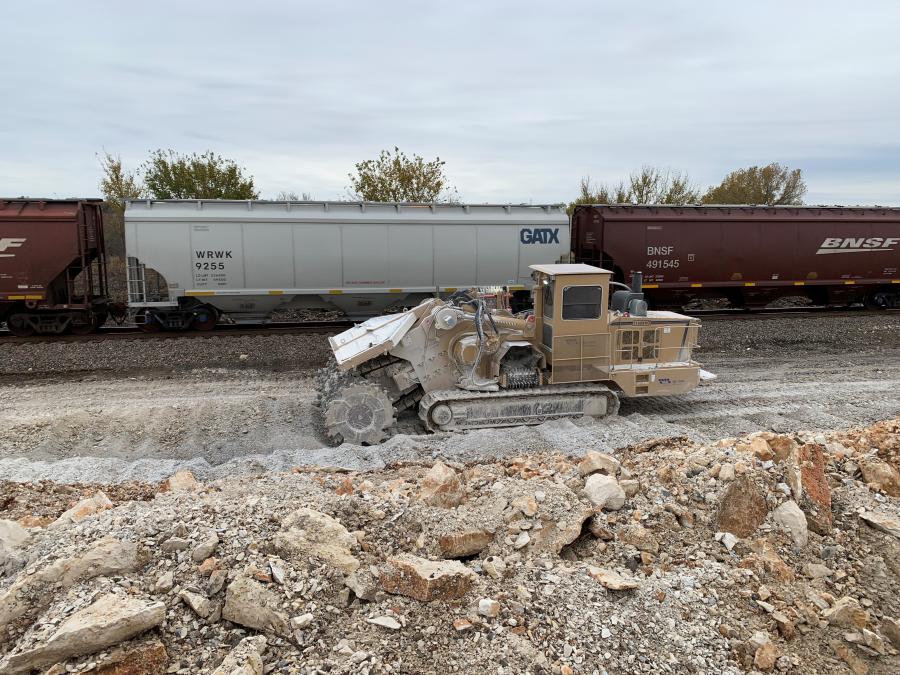 Due to the sturdiness, high production, reliability and low CAPEX and OPEX, the Rock Hawg (RH) line of Surface Miners is witnessing an extremely high demand. Contractors from Texas to Florida, Las Vegas to Mexico, all over Australia, the Arabian Peninsula and southern Africa are turning to this highly-efficient technology to minimize cost and their environmental footprint.

Tesmec's RH product line consists of surface miners used for crushing rock to grade and are mainly used in heavy civil jobs and mining/quarry applications. The three models that make up the product line are the 975, 1150 and 1475; each capable of being retrofitted with a chainsaw backend for utility and oil and gas pipeline construction.

While the 975 RH has proven extremely strategic for Europe's smaller jobs, the 1150 RH and 1475 RH have been heavy hitters in the North American market for a while. The approximately 130,000 lb. 1150 RH is a favorite among heavy civil contractors who can take advantage of great production and one-load transportability. On the other hand, due to its greater performance and two-load logistics, the 1475 RH is more suited for mining/quarries or long heavy civil jobs where the machine does not have to be mobilized often.

Blasting has always been a greatly sought-after technique when the rock is too hard to excavate with conventional methods. However, the ever-changing anti-blasting laws driven by population growth and environmental concerns are fueling contractor's interest into the Rock Hawg product line.

The highly sophisticated drum, available in 9-ft. 6-in.; 10-ft. 6-in. and 13-ft. 9-in. widths, according to the model, and capable of digging up to 1-ft. 8-in. deep, allows for up-to 3-in. minus spoil and eliminates the crushing and screening processes. On top of the financial and manpower savings, the Rock Hawg also reduces the amount of equipment on the job site.

Mesa Equipment was able to complete the job on time and has been a highly successful 1475 RH user ever since. So much so that it bought a second machine and both units are still running today. D.A. Murray had contacted "a couple of other vendors and Tesmec was the only company that stood up and committed to work with us under our requirements. Tesmec was easy to work with."

Right next door to Mesa Equipment, Mike Sanders of Central Backhoe & Utilities, concluded that the Rock Hawg was the answer to oil pad construction in West Texas and New Mexico and proceeded with the purchase of a 1475 RH and a 1150 RH in 2019. Working on federal jobs at the U.S. border wall and countless heavy civil projects in South and Central Texas, Sanders has become one of the most prominent and knowledgeable users of the Rock Hawg technology in the Lone Star State.

Each Rock Hawg model has its place and benefits. However, heavy civil contractors seem to really like the 1150 RH due to its good performance and one-load transportability since it weighs approximately 130,000 lbs. 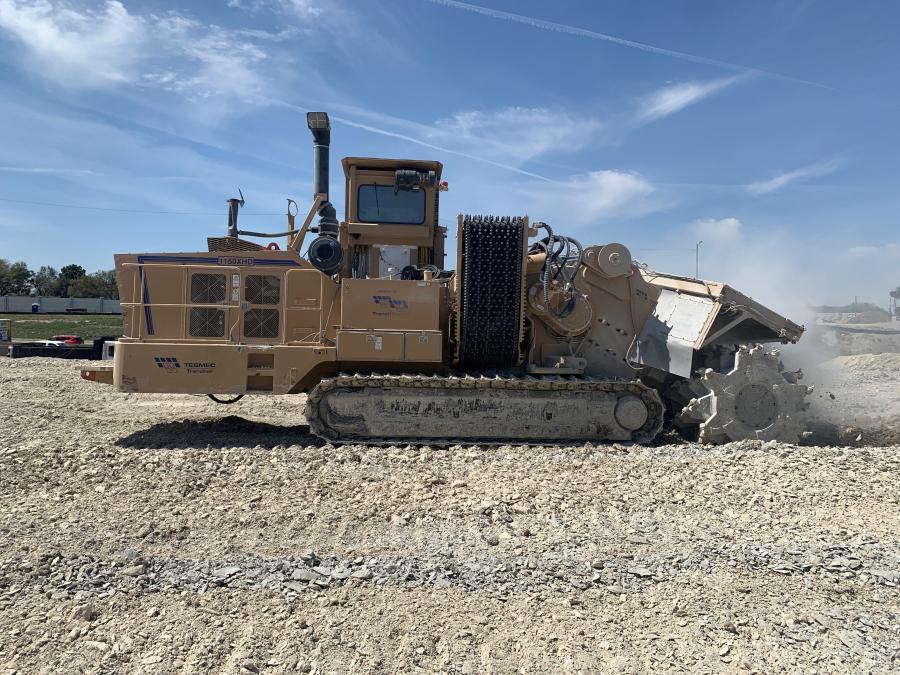 David Saab of SPS Pipeline, a proud owner of an 1150 RH, surely agrees after his successful project building a right-of-way for a major railroad project in the Kansas and Oklahoma flint hills.

A similarly inspired project also is proving a perfect match for the Rock Hawg line of surface miners: the Tren Maya. In 2021, the Mexican Government's Tourism Fund (FONATUR) greenlit a 1,000-mi. passenger train from Campeche to Cancun, QRO and back. This massive project is crossing many states and many geological formations, with some of the main stretches being in hard limestone. Due to the proximity to live transmission lines, hotels and federal highways, blasting is not allowed.

Bernardo Romero, owner of KIIN Mexico, approached Tesmec USA Inc. in 2021 to discuss the 1475 RH and its potential performance in 10,000 psi limestone. Romero's knowledge and the 1475 RH have proven vastly successful: the 1475 RH cuts the right-of-way during the day, and, while waiting for other equipment to catch up, it is moved to a limestone quarry to produce base.