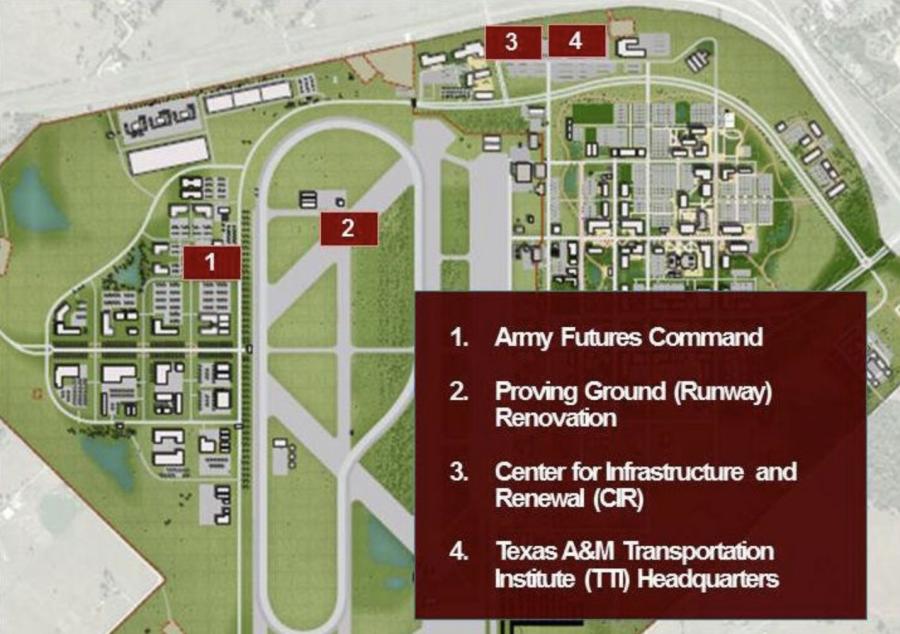 The Texas A&M University System plans to authorize construction on a $130 million combat development complex for the Army Futures Command at the RELLIS campus in Bryan, Texas.

The Eagle reported on Aug. 2 that the complex will include a $50M facility with laboratories, accelerator space and offices. Currently, the command is located in Austin, but plans to modernize and intends to use the new facility to develop and test next-generation technologies.

Gen. John "Mike" Murray, commanding general of the Army Futures Command said in a statement, "This effort will certainly prove vital as we work together to discover, develop and test ideas and concepts that will help our soldiers and our future soldiers to protect America's tomorrows beginning today."

Also, according to The Eagle, Gov. Greg Abbott sees this as strengthening the state's relationship with the United States military further establishing the state as a tech hub.

"The state of Texas will continue to work with the Texas A&M System and the Army Futures Command to modernize our defense and keep our Armed Forces at the forefront of technological advancement," said Abbott in a statement.

According to a news release, a groundbreaking ceremony is scheduled for this fall.