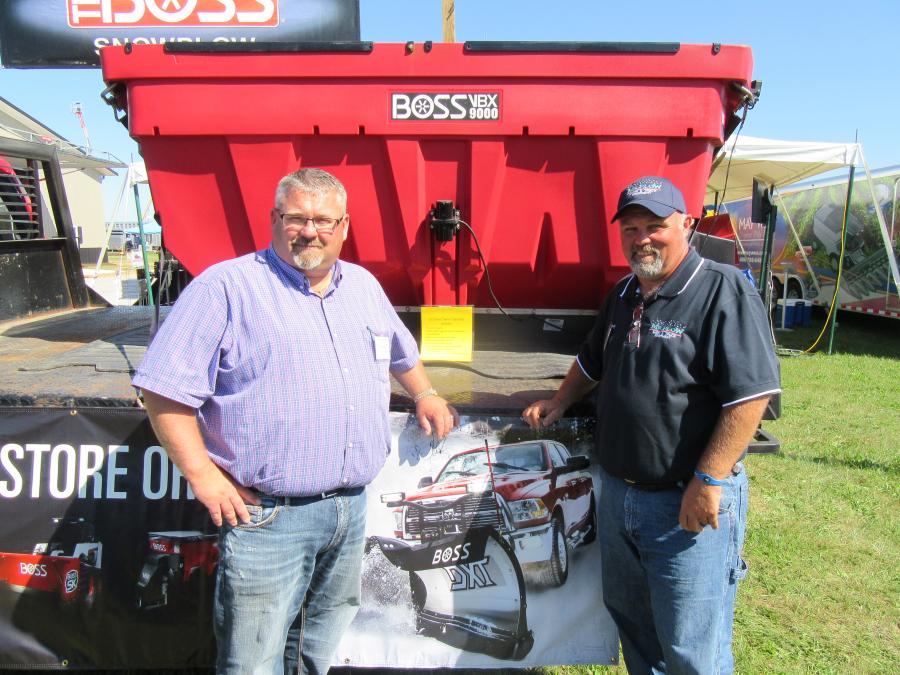 Kevin Flory (L) and Kevin Crawford, both of Mr. Plow Snow & Truck Equipment, talk about their lineup of snow plows and salt spreaders from Boss and other manufacturers.

Sponsored by Ohio State University, the Farm Science Review was held on Sept. 20 to 22 at Ohio State's 2,100-acre Molly Caren Agricultural Center, located west of Columbus in London, Ohio. This year marked the 54th anniversary of the annual event, which featured 4,000 product lines presented by 600 commercial exhibitors, and educational programs conducted by Ohio State and Purdue specialists in agricultural production. The event featured an 80-acre exhibit area, and 600 acres of land were devoted to live field demonstrations.

The event attracted approximately 140,000 farmers, industry professionals, FFA students and others in the agricultural field from the United States and Canada.