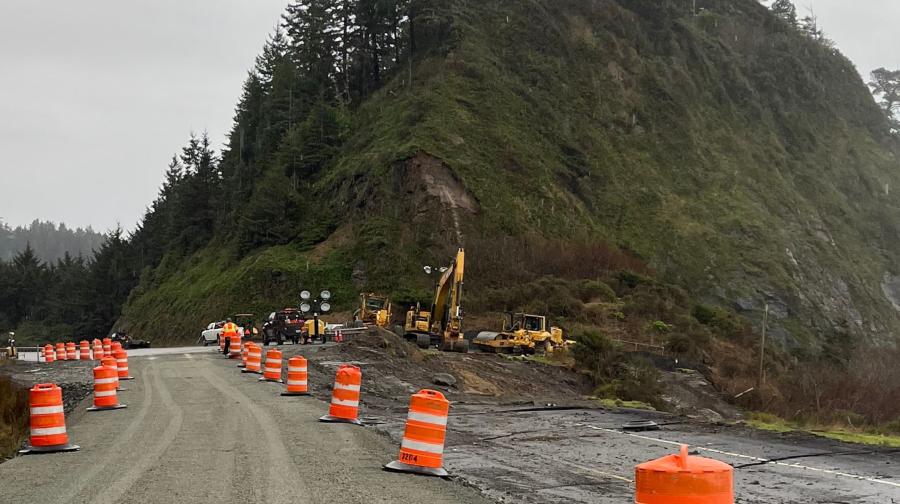 The landslide caused approximately 200 yds. of highway to drop as much as 12 ft. in some spots.(Photo courtesy of ODOT.)

After a landslide south of Port Orford closed U.S. 101 indefinitely in the beginning of January, the highway is back open thanks to quick recovery work from Tidewater Contractors.

The Brookings-Ore.-based contractor was able to build a temporary road out of gravel and rock to allow cars to travel on the highway once again. 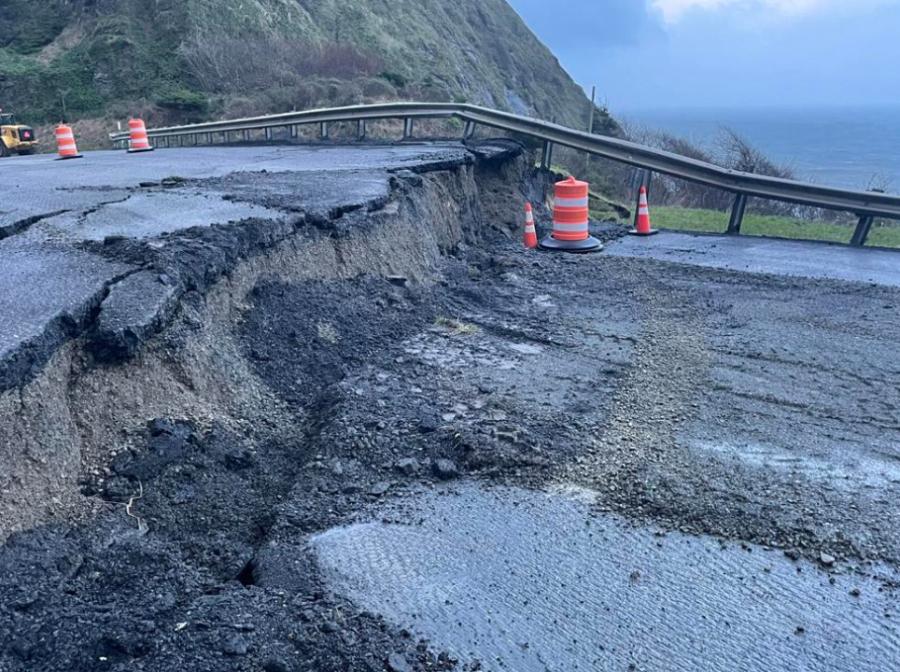 "We thank Tidewater for their quick, efficient work," Oregon Department of Transportation (ODOT) District Manager Glen Pederson said. "As a local contractor, they understood how important it was to get the highway open for their communities."

The landslide caused approximately 200 yds. of highway to drop as much as 12 ft. in some spots.

The highway was reopened to residents a few days later.

According to ODOT, the temporary lane has no vehicle weight restrictions and it can accommodate up to 14-ft.-wide loads. Wider loads will be evaluated on a case-by-case basis.

What made this natural disaster an even bigger headache was that there was no local detour on this stretch of U.S. 101. This closure applied to emergency services, too.

Crews first noticed landslide activity on Jan. 2, when large cracks formed in the pavement. The cracks were patched, but by Jan. 6, a sunken hole had formed in the northbound lanes, prompting a lane closure and 24-hour flagging for traveler safety. 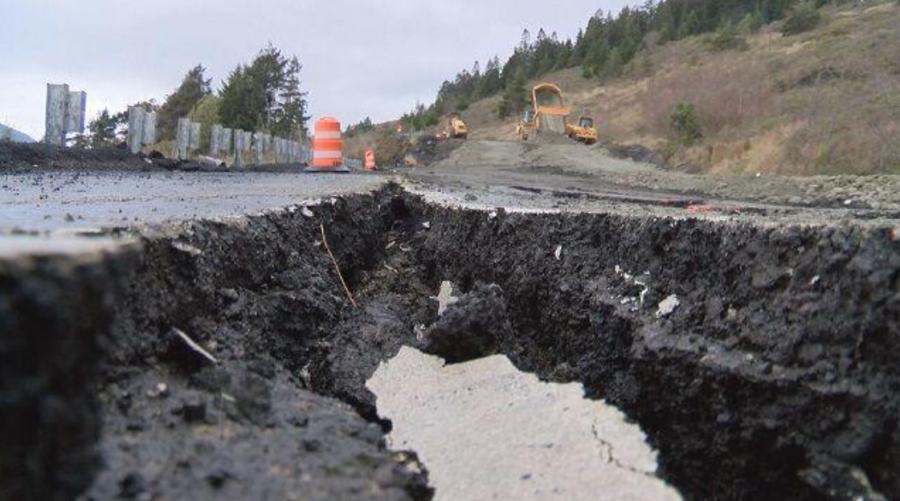 At approximately 3 a.m. on Jan. 9, a larger section of U.S. 101 sank approximately 5 ft. and ODOT made the decision to close the highway. U.S. 101 continued to drop through mid-morning, although movement slowed as the day progressed.

"Our staff will monitor the landslide for any more activity in the coming weeks, but the landslide has been stable since [Jan. 11]," ODOT said in a statement. "We may need to close the highway again with short notice if we detect further slide activity."

ODOT expects to open additional temporary gravel lanes through the slide during the next few weeks. 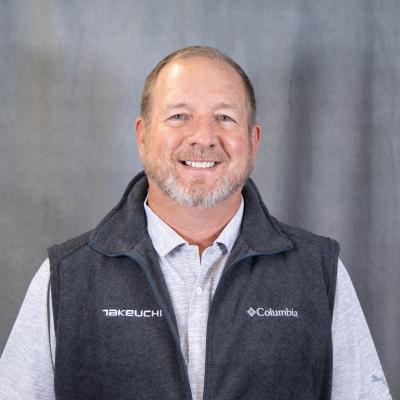