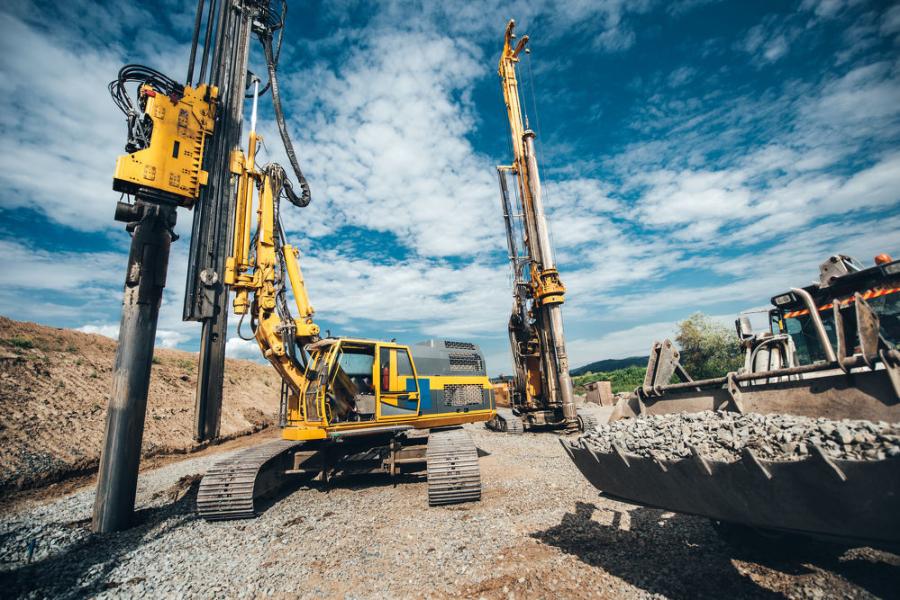 The IIJA provides $407 billion in funds for highway, bridge and transit over the next five years. That includes a 39 percent funding increase in FY 2022.

Funding for America's surface transportation needs has increased markedly over the past two years — that's due in large part to the Infrastructure Investment and Jobs Act (IIJA).

In 2021, approximately $53 billion in highway formula funds were made available to states. The DOT FY 2023 budget includes $68.9 billion for the Federal Highway program, representing a $19.8 billion increase from the 2021 enacted level.

"The investments in the president's budget make traveling safer, easier, cleaner and more affordable for the American people," Transportation Secretary Pete Buttigieg said of the funds.

"From roads, tunnels and bridges, to airport and port improvements, electric vehicle chargers, safe bike lanes and more, we are building a first-rate transportation system for all Americans."

"The increased economic activity due to the IIJA will benefit U.S. residents – increasing disposable income by an average of $232 per household," according to TRIP researchers.

Included were those projects covered by formula funds, discretionary grants, COVID relief funds and supplemental appropriations for years 2018 to 2021.

Beyond those figures, some $14 billion in more than 5,000 projects approved using future federal funds, were not included in the total.

According to the road builders association, federal investment over the past decade has accounted for more than 50 percent of state highway and bridge capital outlays.

Of those outlays, nearly half were for repair or reconstruction of highways. Existing roadway capacity was added through an additional 20 percent of funds in the form of new lane or major widening jobs.

"This investment has supported the repair and reconstruction of structures on the National Highway System [NHS], which includes the Interstate Highway System and the major roads that connect U.S. airports, ports, rail and truck terminals, pipeline terminals, and intermodal facilities," reports ARTBA. 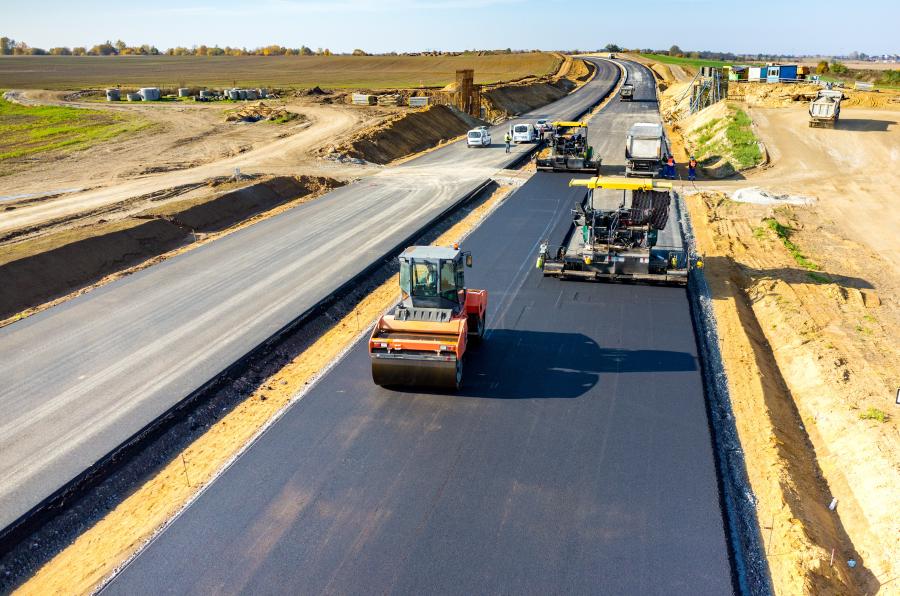 Just 6 percent of funds were invested in new roads or bridges, stated ARTBA.

"One of the most attractive benefits of major public investments in transportation infrastructure is they foster immediate economic growth and create tangible capital assets that are long-lived," said ARTBA Chief Economist Alison Premo Black. "In addition to creating jobs and generating tax revenues throughout the economy during the construction cycle, infrastructure improvements also foster economic growth and efficiency over many years beyond the initial investment."

FHWA maintains that for every $1 billion in highway and bridge infrastructure investment at least 13,000 jobs throughout the U.S. economy are supported.

This includes work in retail, manufacturing, transportation and warehousing, food services and other industries.

"We expect to see even more projects in the coming year as states work to obligate the record increase in FY 2022 federal funding available through the Infrastructure Investment and Jobs Act that was approved by Congress earlier this month," said Premo Black.

The five largest projects were earmarked by federal, state, local and private funds, including $3.8 billion in Georgia for the SR 400 North Sprints Marta Station to McFarland Road Express Lane; $899 million in Arizona for the I-17 Split; $715 million in Texas to construct new roadway lanes on IH 35E, and $524 million to Louisiana for Phase 2 of the LA 1: Leeville to Golden Meadow project.

State transportation departments have until Sept. 30 to obligate the highway funding, according to ARTBA. Bridge formula funds can be spent over five years.

The $52.5 billion earmarked for FY 2022 is an increase of more than 20 percent over 2021 for federal highway apportionments.

Distributed annual by FHWA for the Federal-aid Highway Program, the funds are based on a statutory formula contained in the IIJA.

"We are committed to delivering on the promise of the Bipartisan Infrastructure Law, and putting people to work modernizing our infrastructure and making it safer, more sustainable, and more efficient," said Buttigieg.

Through IIJA's implementation, the Department of Transportation and FHWA believe the apportionments, additional Highway Infrastructure Program monies, and grants will address critical safety and performance needs of America's roads, bridges and highways.

"Today's funding will help reduce the backlog of major repairs for highways and bridges and increase the number of communities that have strategies to reduce traffic deaths and serious injuries," according to a DOT announcement.

Additional funding to be announced in 2022 will contribute to: 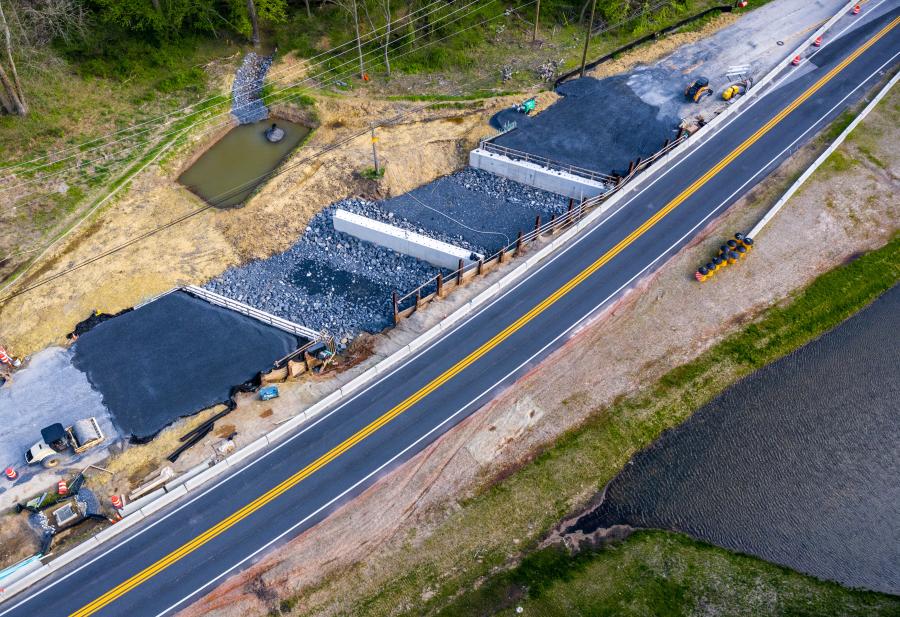 "Providing states with information on their apportioned funds today is an important first step in using the resources provided in the Bipartisan Infrastructure Law to make transportation systems across the country safer and more resilient," said Stephanie Pollack, deputy federal highway administrator. "We look forward to working with transportation agencies and the communities they serve to use these resources to build a better America."

DOT explained that Federal-aid Highway Program funds are authorized periodically by Congress in multi-year laws "to assist the states in providing for construction, reconstruction, and improvement of highways and bridges on eligible Federal-aid routes and for other special purpose programs and projects."

The IIJA establishes or continues FHWA programs and authorizes funding for those programs from the Highway Trust Fund.

FHWA is distributing funds through the apportionment process, using a statutory formula to determine the amount available to each state.

The agency also issued obligation limitation, allowing states to commit part of their apportioned funding, for the period through Feb.18, 2022, when the current Continuing Resolution for Federal Fiscal Year 2022 appropriations ended.

"Obligation limitation represents the ability of a state or other entity to enter into a project using Federal funds, with the federal government making a binding promise to pay or reimburse the state or other entity for the Federal share of the project's eligible costs," according to the DOT.

In late March, the Biden administration submitted to Congress its FY 2023 proposed budget. Including $27 billion in guaranteed IIJA advanced appropriations, the DOT reports its total budget will be $142 billion.

The department noted that FY 2023 will be the second year of the implementation of the IIJA, which "provides a once in a generation opportunity to modernize our transportation infrastructure and build the foundation the American people need to compete and win in the 21st Century."

The president's budget makes critical investments in the American people that will help lay a stronger foundation for shared growth and prosperity for generations to come, stated the department.

Advance safety on highways is an aim of the Biden administration, which has earmarked funds accordingly. Some $3 billion is set aside for FHWA's Highway Safety Improvement Program, which seeks to reduce the number of lives lost on our nation's highways, bridges, and roads.

Those investments include $4 billion for the National Infrastructure Investments grant program to support transportation projects with significant benefits across multiple modes. This figure is $3 billion above the 2021 enacted level.

The budget also earmarks $1.64 billion for the Infrastructure for Rebuilding America grant program, which has a focus on reducing freight and highway bottlenecks. CEG