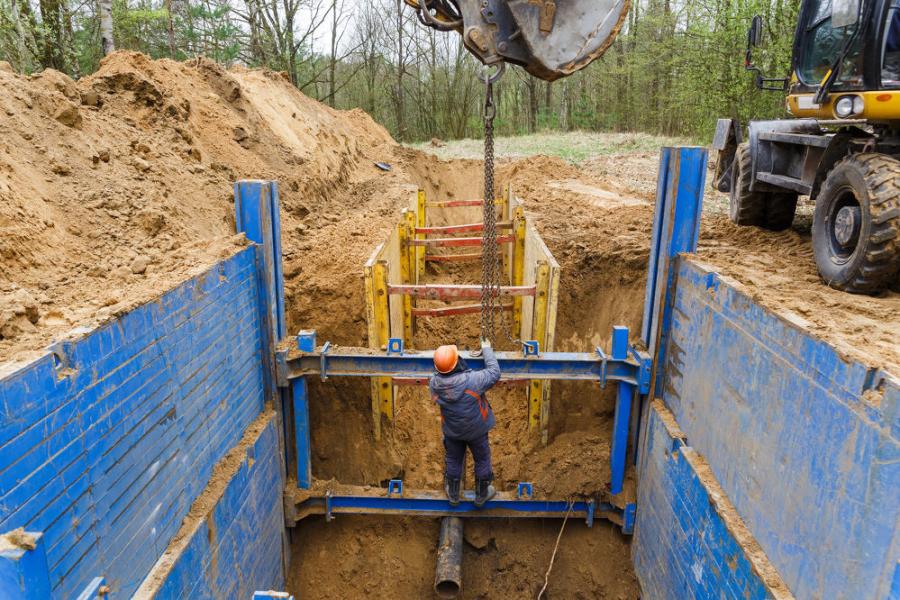 Some contractors misunderstand the right way to build and install a trench box. What may be considered a minor mistake can have huge unforeseen consequences.

One of the most beneficial and tricky devices used in specialty construction, trench boxes have obvious benefits. They can hold up their end in all types of soil conditions, but they can be a bear to install and move. Understanding best practices for use of these devices can save lives and protect property.

A cage made for a construction crew to safely work in a trench, the device does not support the trench walls, but instead protects workers in the event of a cave-in. 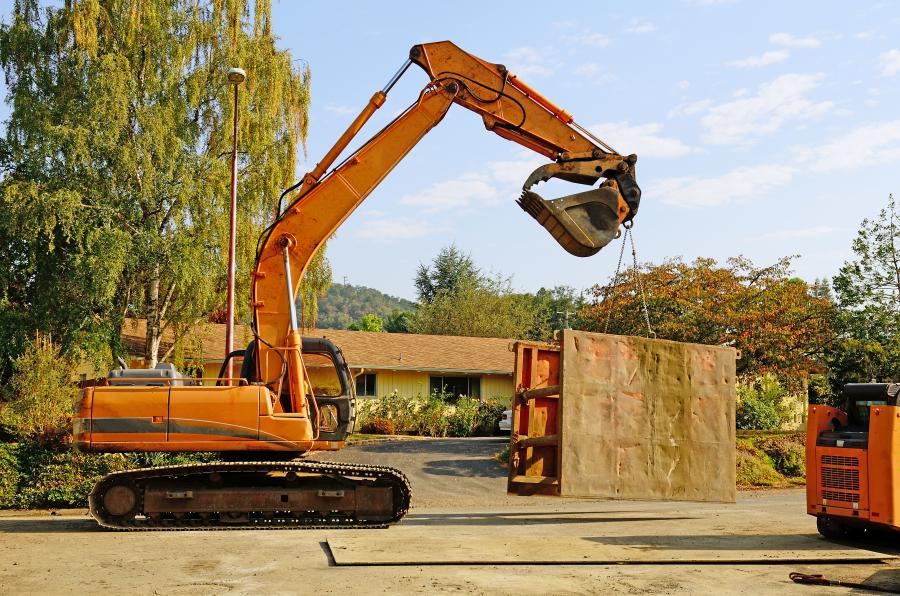 Trench boxes are designed to be dragged along the trench using the backhoe or a crane. They allow the trench wall to be steepened to reduce the amount of excavation, backfill and right-of-way needed.

Teaching a course titled "Trench and Excavation Support Options and Excavation Slope Design," continuing education provider PDHonline.com, Fairfax, Va., explains these shields are can be used in a wide range of soil conditions.

They are heavy and cumbersome in tight quarters, and become much less efficient when underground utilities are common. Trench boxes must be lifted over the utilities or the utilities must be cut and restored later.

The devices also can cause the pipe to shift off line and grade as it is dragged forward.

For these reasons, PDH instructors advise matching box size to the configurations of the trench and trenching equipment.

"If the shield is too heavy, the backhoe or crane selected for the job may not be able to efficiently move it," they stress. "If the shield is too small, it may require many extra moves and not provide sufficient space to allow the crews to bed and set the pipe as well as such activities as dewatering."

The shield should be at least 4 ft. longer than a joint of pipe and should extend at least 18 in. above the top of any slide-prone bank, advises the continuing ed provider.

"Generally shields can be economically rented and are much less expensive than fixed shoring systems," the company added.

"Used appropriately, a trench box can help protect workers from serious and sometimes fatal injuries if a cave-in occurs," said Shane Wareham, director of sales and marketing of United Rentals.

Too often, contractors misunderstand the right way to build and install a trench box, and some take shortcuts that put workers' lives at risk, said Wareham.

"A seemingly small mistake with a trench box could have huge unforeseen consequences. When in doubt, contractors should always turn to experts to help keep workers safe."

Protective systems also are required for trenches less than 5 ft. deep if the soil could cave in when the trench is dug, according to United Rentals. "A competent person must evaluate the conditions and determine which type of protective system is needed."

Though not designed to prevent a trench wall from collapsing, trench boxes protect workers from the pressure and weight of soil in the event of a cave-in.

These shielding devices are engineered to withstand great pressure from the earth that surrounds them, and are made from aluminum or steel construction in varying sidewall thicknesses

Their walls are held apart by spreaders or panels to the desired width. The soil pressures and depth ratings on a trench box are determined by their designs.

In its 29 CFR Part 1926.650-.652 Subpart P-Excavations, OSHA includes these rules on the installation and use of trench boxes:

OSHA Training Services stresses workers must not climb up and down the spreader pipes. 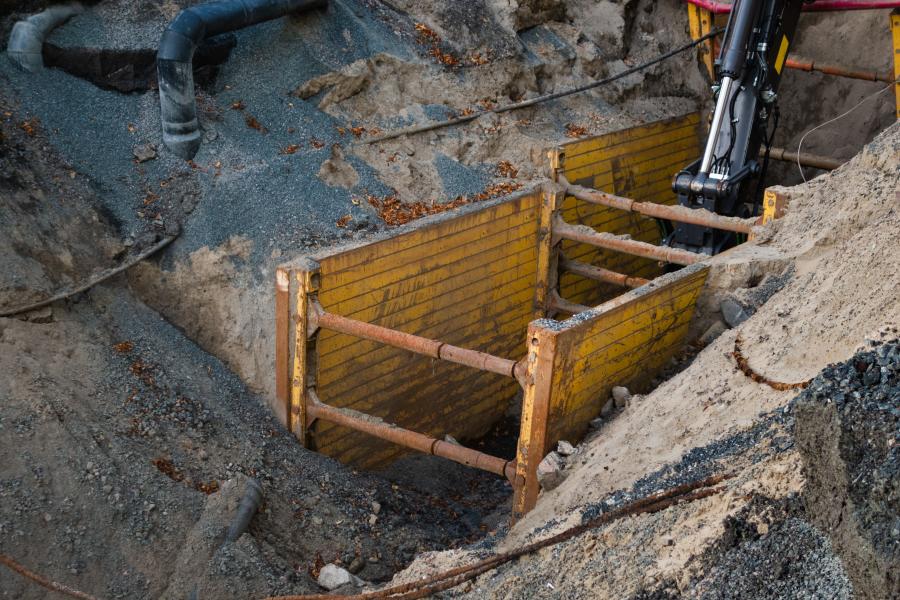 "When using a portable ladder to enter or exit the trench, make certain it is located inside of the trench box or other protected area of the trench."

Secure the ladder against unintentional displacement, and make sure the side rails extend at least 3 ft. above the top of the ground or other landing surface "so you have something to grab when getting on and off of the ladder."

If the workers are using a structural ramp as their egress, a "competent person" qualified in structural design has to design it.

"Designating a competent person and making sure that person is adequately trained is one of the most important steps to preventing trench injuries and fatalities," noted OSHA.

In addition, OSHA requires employers "to train employees on the hazards they may be exposed to, how to protect themselves and what PPE is necessary to work safely."

Trench boxes are popular for their relative ease of installation and use compared to building a timber shoring system or other forms of protective system.

But there are a few things OSHA Training Services instructors suggest contractors and workers keep in mind when utilizing a trench box as a protective system: