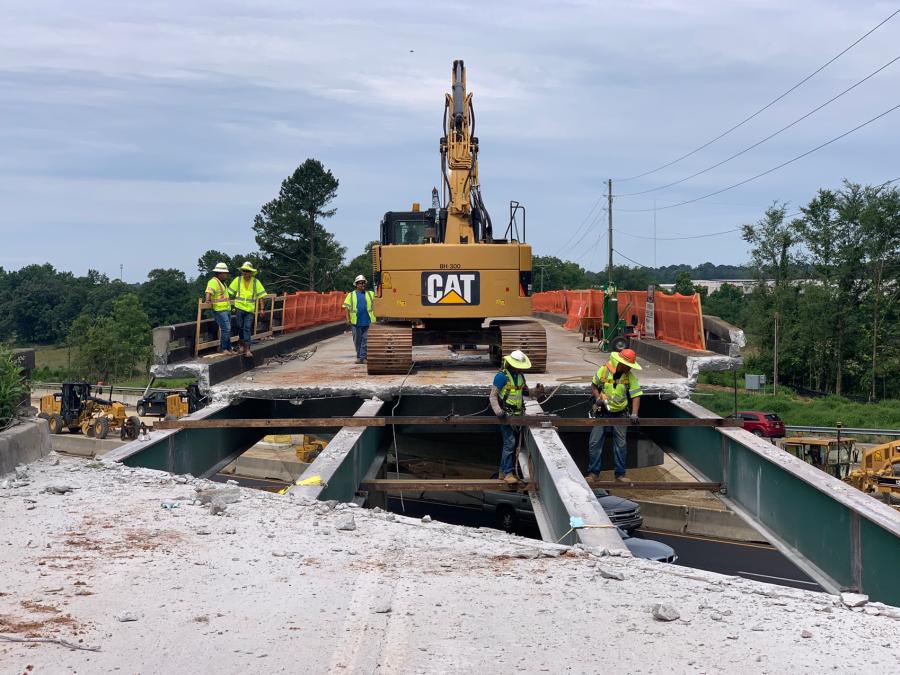 Crews from C.W. Matthews, which is engaged in GDOT’s $111 million I-85 widening, Phase 2 project that is taking place in the area, noticed damaged concrete and immediately informed GDOT officials, which led to the emergency repairs in March.

The Georgia Department of Transportation (GDOT) is one of the largest and most active DOTs in the country and it recently sprang into action when emergency I-85 northbound bridge deck repairs were required near Exit 137 in the city of Jefferson, between the municipalities of Braselton and Pendergrass.

Crews from C.W. Matthews, which is engaged in GDOT's $111 million I-85 Widening, Phase 2 project that is taking place in the area, noticed damaged concrete and immediately informed GDOT officials, which led to the closure of an outside lane on March 16. The deck is above the mainline track of the CSX Railroad.

The effort had crews working nonstop to complete the repairs and ensure the safety of motorists. A detour was established to provide space for the construction workers to complete the job.

"Although this temporary detour will be a short-term inconvenience, Georgia DOT is working to protect motorists traveling this vital corridor," said GDOT Project Manager Butch Welch. "We're grateful to the contractor for their quick, proactive actions to inform the Department and get to work repairing the bridge. We look forward to reopening the roadway as soon as possible."

The repairs were completed in 36 hours.

Kyle Collins, a communications and marketing strategist of Georgia DOT's Office of Strategic Communications, indicated that the bridge deck suffered from deck spalling and a compromised edge beam.

"There was a patch of deck spalling that was approximately one inch," he said. "The patch started settling and the damage grew. The damage was not severe when it was originally discovered, but the situation changed quickly. The damage grew to 4-foot-tall by 12-foot-wide and straddled both lanes of the bridge.

"This was absolutely a well-executed emergency effort between the contractor and GDOT," he added. "As soon as an issue is detected, the team notifies GDOT's principal-in-charge. Emergency notifications are then sent to GDOT's traffic management center [TMC] to notify approaching motorists via the Dynamic Message Signs along the highway. Subject matter experts were dispatched from the Georgia DOT Bridge Office as well as the Office of Materials and Testing to make sure Georgia DOT standards of inspection and repair work are being upheld. Once the damage was discovered, the team closed the inside lane and performed further inspections to discern the extent of the work needed. After three to four hours the full closure was being implemented."

The bridge is one of six mainline bridges being replaced as part of the I-85 Widening, Phase 2 project, and thus these repairs are temporary while the overall replacement is being completed.

As noted, the emergency repairs were completed in approximately 1.5 days.

"Effective traffic management and the full closure was key to performing the work quickly," said Collins. "Allowing crews the space to work around the clock was key to getting the work done and reopening the roadway as soon as possible. As the owner, GDOT provides the standards for quality of work, oversight and final decision-making, and direct communications with motorists."

With crews and equipment already on-site, it was easy for C.W. Matthews to switch gears and deal with the emergency.

The project team consists of C.W. Matthews; HNTB, the program management consultant; inspectors; and GDOT officials. An Atkins inspector noticed the damage and began notifying the rest of the project team.

Collins pointed out that traffic control was the biggest challenge.

"I-85 is a critical, heavily traveled corridor for northeast Georgia and interstate travel through the Southeast," he said. "Coordination with local law enforcement to implement the detour was crucial in the success of traffic management during this emergency. The project team coordinated with CSX and made sure they were aware of the work on the bridge, but there was no impact to them and train travel. No repair work happened directly around the tracks or ballasts that would impede trains." 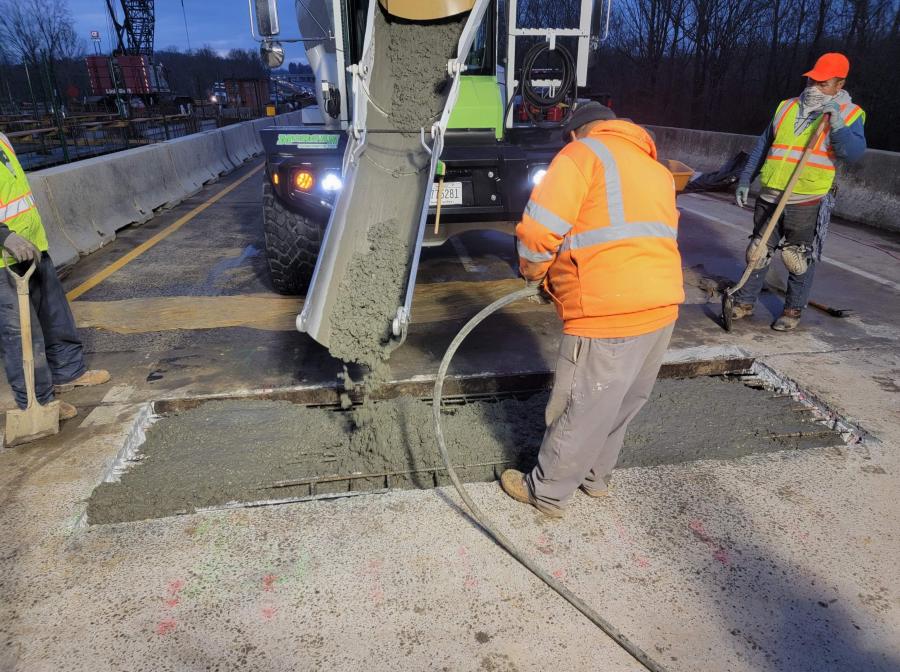 The work had crews repairing the bridge deck edge beam.

"Crews used a 24-hour quick cure concrete with a 5000 psi mix," said Collins. "The team allowed time for the concrete to cure and also utilized plates over the roadway and the shoulder."

"Comanche Construction was involved in most of the repair work," said Collins.

C.W. Matthews, which has been operating in Georgia since 1946, has completed emergency work for GDOT on several occasions.

It's not often that emergency repairs for GDOT infrastructure make the news.

"We pride ourselves on swift and efficient emergency responses to road and bridge issues," said Collins. "Georgia has more than 50,000 lane miles of interstates and state routes along with nearly 7,000 state-owned bridges. Though we have GDOT and contract staff monitoring infrastructure conditions daily, we often rely on partner agencies and the traveling public to help us identify problem areas along our highways. We appreciate public engagement and alertness to what's occurring on their daily routes." CEG