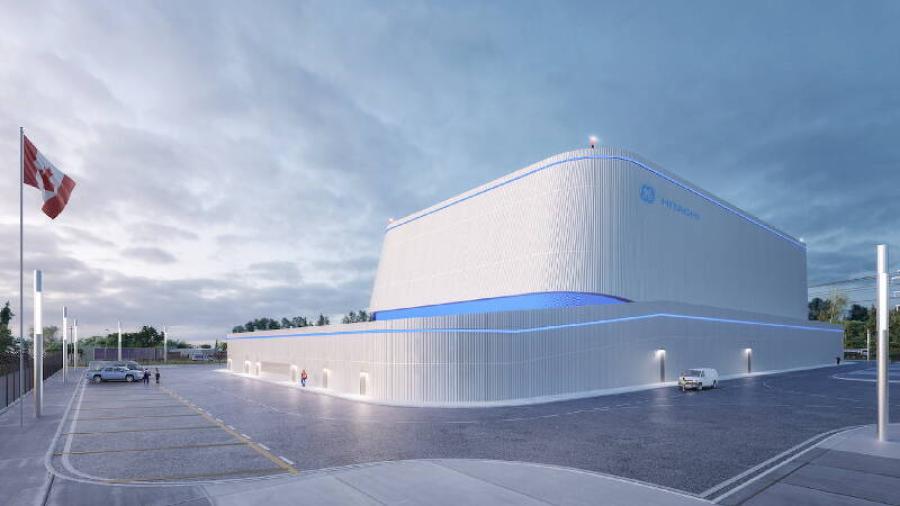 Considering a "new nuclear generation," the Tennessee Valley Authority (TVA) wants to move forward with plans to construct smaller nuclear reactors to help the federal utility achieve a long-time goal of being carbon-free by 2050.

The decision comes almost 40 years after TVA abandoned the construction of more than half of the nuclear plants it once planned to build.

Earlier in August, the agency announced that it had an agreement with a nuclear manufacturer to pursue a small modular reactor design at the Clinch River Nuclear Site (CRNS) near Oak Ridge, Tenn. In addition, TVA said it will spend the next year preparing a construction permit to build a couple of the 300-megawatt reactors.

TVA President Jeff Lyash explained to the Associated Press that smaller nuclear reactors, such as the GE-Hitachi BWRX-300 being studied by the agency, can be built more cost effectively and offer more flexibility than the earlier generation of nuclear plants. He added that while TVA is pursuing a range of energy options for its future, he thinks the small modular reactors will be needed to help TVA achieve its long-term goal of being carbon-free by 2050 while still supporting reliable and relatively low-cost power.

Under the agreement between TVA and GE-Hitachi, Lyash said his agency will be able to plan and apply for "a preliminary licensing for the potential deployment of an SMR (small modular reactor)" at CRNS in eastern Tennessee. In addition, the accord, he said, "will provide additional information to analyze the viability of SMRs in the [Tennessee River] Valley."

Environmental groups question TVA's latest pursuit of more nuclear power, noting that most of the 17 reactors that the agency first proposed to build more than 50 years ago were scrapped due to cost overruns or other problems.

TVA is the nation's third largest nuclear power operator, with seven reactors at its Sequoyah, Watts Bar and Browns Ferry nuclear plants. Ten other reactors TVA proposed were never built even though more than $10 billion was spent to do so.

Stephen Smith, executive director of the Southern Alliance for Clean Energy, and an opponent of TVA's efforts, told the AP in a recent interview that the federal utility already gets more than 40 percent of its power from nuclear units, but it trails behind most of its neighbors in the share of solar and wind generation used to produce electricity.

In the second quarter of this year, Smith noted 21 percent of TVA's power came from natural gas-fired plants, and the agency is proposing to build more gas plants to replace some of the coal-fired generation it is shutting down.

TVA has pledged by 2035 to shutter the last of the 59 coal units that it once ran to help reduce its carbon emissions, and aid in President Biden's appeal to decarbonize America's electricity grid.

TVA Regards Nuclear as One of Several Reliable Power Sources

Now, Lyash said TVA is pursuing a new and diverse generation portfolio to ensure a reliable and resilient power system, and he is eager to explore and expand solar generation, battery storage, pumped hydro generation, advanced hydrogen technologies and other carbon-free power production.

The utility recently announced it is seeking proposals for up to 5,000 megawatts of carbon-free power in one of the biggest such requests for the clean generation anywhere in the country.

"But I think to meet the increased demand we expect in electricity, and to do so in a reliable, resilient, cost-effective and clean manner, we need to consider new nuclear generation," he explained.

He added that TVA is targeting the fourth quarter of 2023 or the first quarter of 2024 to send an application for a construction permit for the smaller reactor design, which could be built as soon as 2030.

The AP reported that TVA's latest move is part of a plan adopted by its board in February allocating up to $200 million to explore and develop the GE Hitachi BWRX-300 reactor design. The reactor model is one of more than two dozen small designs under development.

TVA was the first utility to obtain an early site permit to build up to 800 megawatts of nuclear power generation from small modular reactors at its CRNS in Oak Ridge.

The U.S. Nuclear Regulatory Commission (NRC) voted 3-1 in 2019 to issue TVA a 20-year site permit for the 935-acre site as an acceptable location for the Knoxville, Tenn.-based utility to potentially construct and operate small modular reactors.

Lyash said the Oak Ridge project should serve as a model for other small modular reactors that TVA might also build on former coal power plant sites or the abandoned Bellefonte nuclear plant site in Alabama.

TVA recently showed that it has spent $98 million to study small modular reactors, including the early site permit application for the CRNS.

The U.S. Department of Energy, which runs the Oak Ridge National Laboratory near the Clinch River site, is partnering in some of the research on the project and has so far reimbursed TVA $29 million.

"Additional expenditures will be determined based on future project development," TVA said in its latest financial filing.