The U.S. Composting Council advocates for compost manufacturing, compost utilization and organics recycling to benefit the environment, its members and society as a whole. Each year the USCC hosts more than 100 exhibitors and equipment demonstrators at its annual conference.

With 75-plus unique workshops, tours and information sessions, Compost 2020 was held Jan. 28 to 31 at the Charleston Convention Center in South Carolina. Patrick Geraty, president of St. Louis Composting and USCC Executive Committee member, spoke to a select audience of Hills Machinery personnel to highlight the origins of his company, beginning with 1992's Senate Bill 530, to focusing on future challenges in composting such as how to handle food waste. 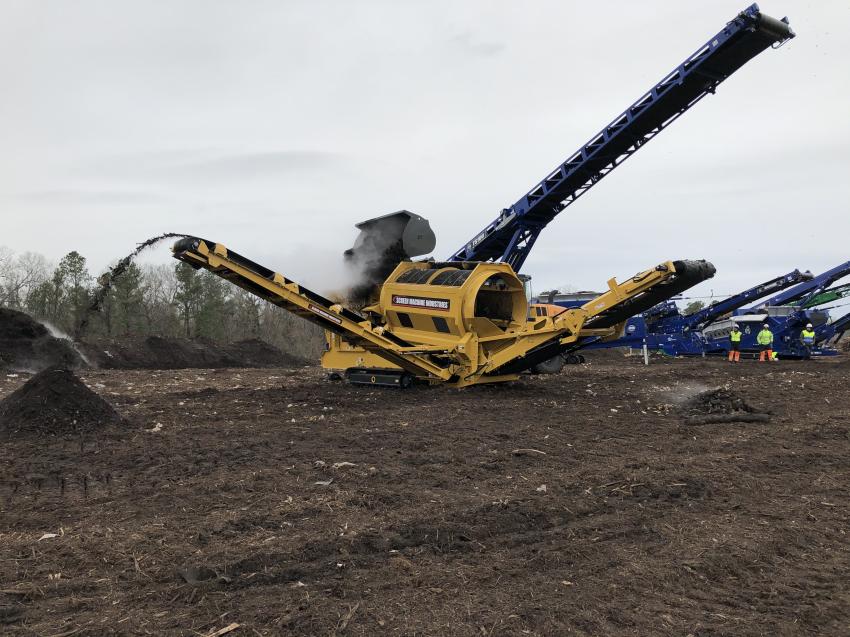 Screen Machine’s 612T trommel is put through its paces. 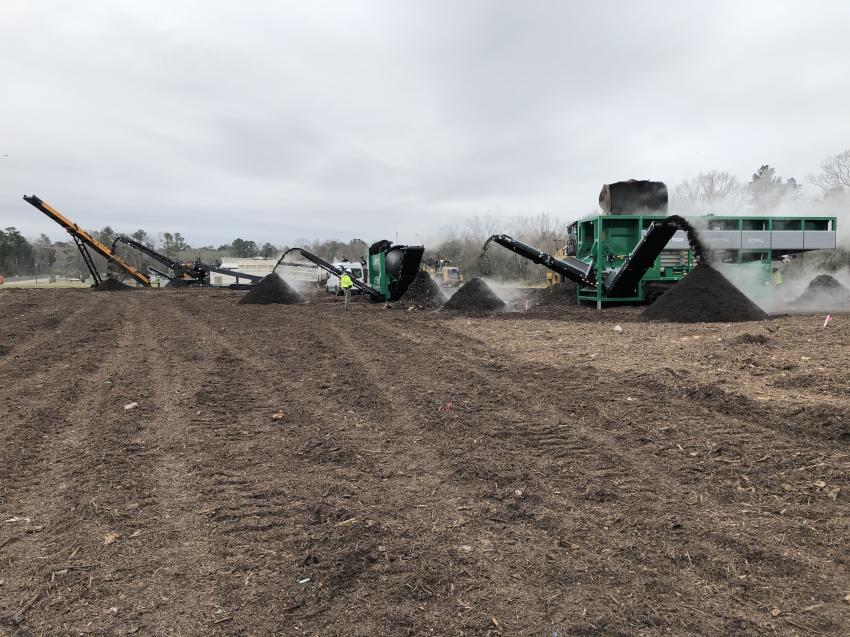 A Komptech trommel screen is demonstrated. 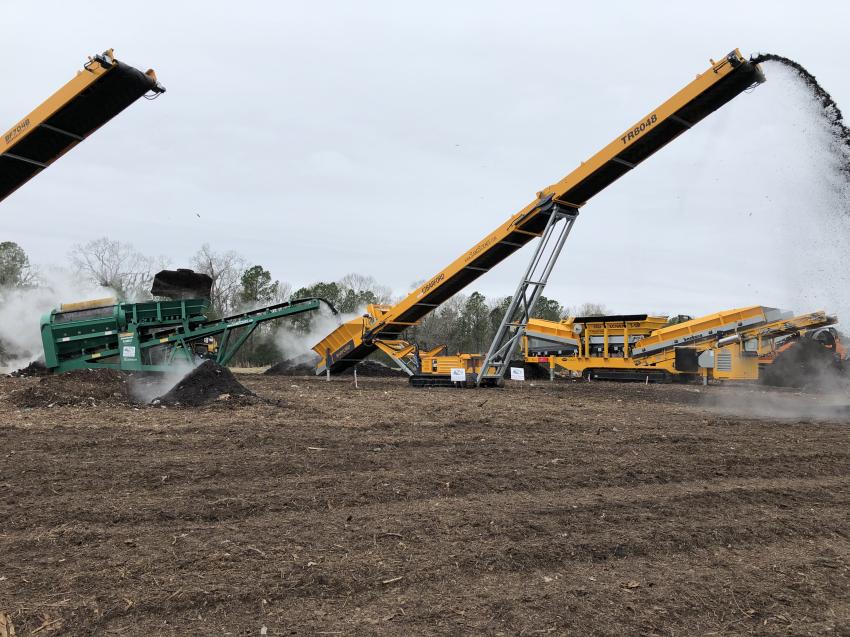 Roto-Screen Recuperator R4541D and Barford track stacking conveyors were on display at Compost 2020. 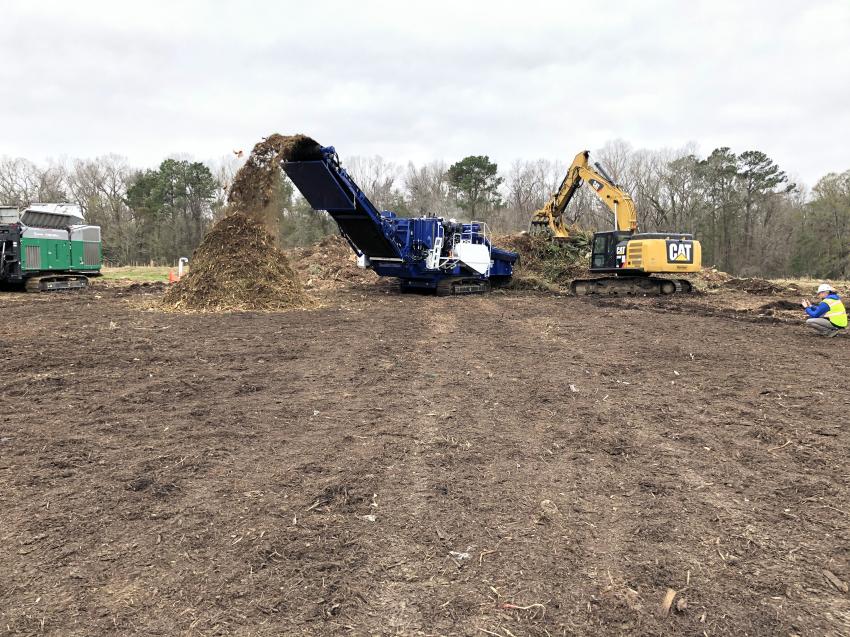 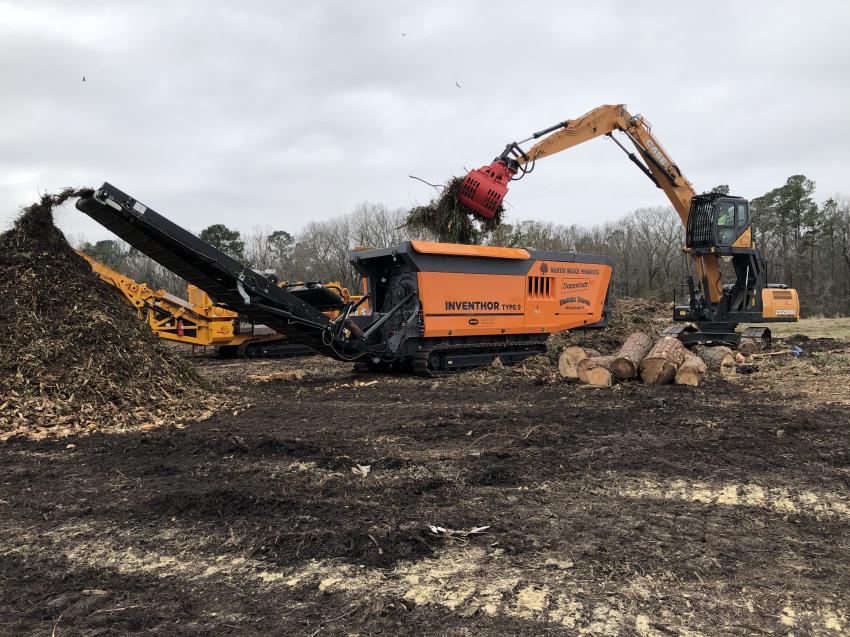 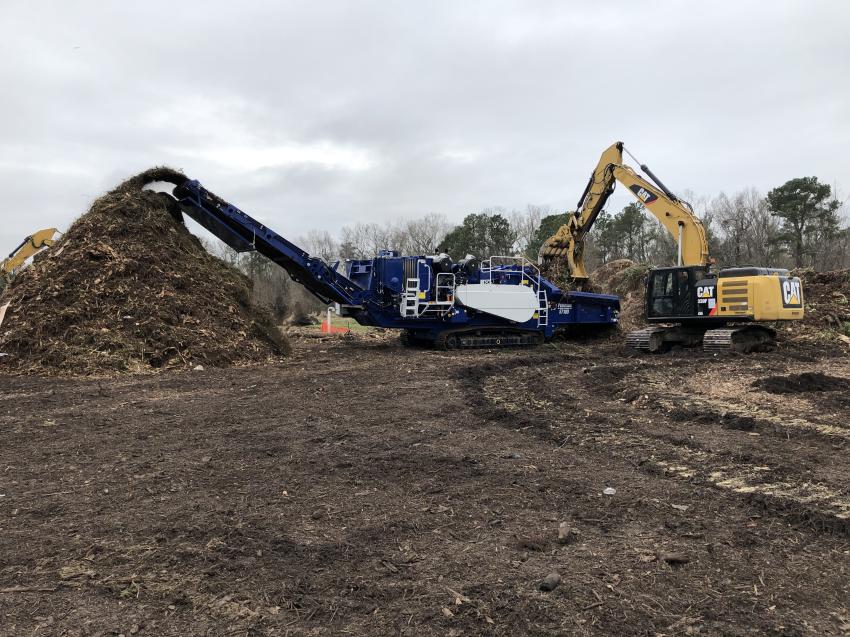 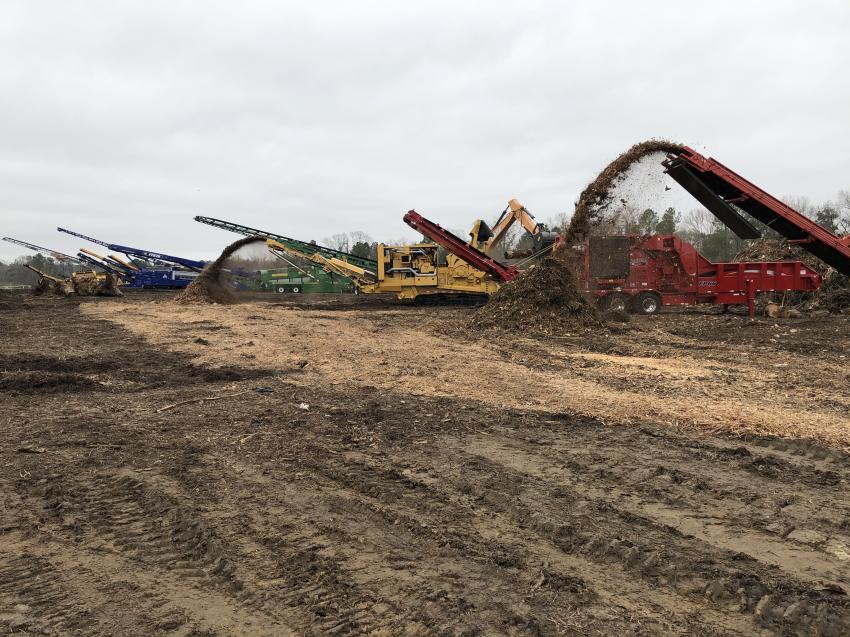 The visitors were able to see a variety of machines during the live demo. 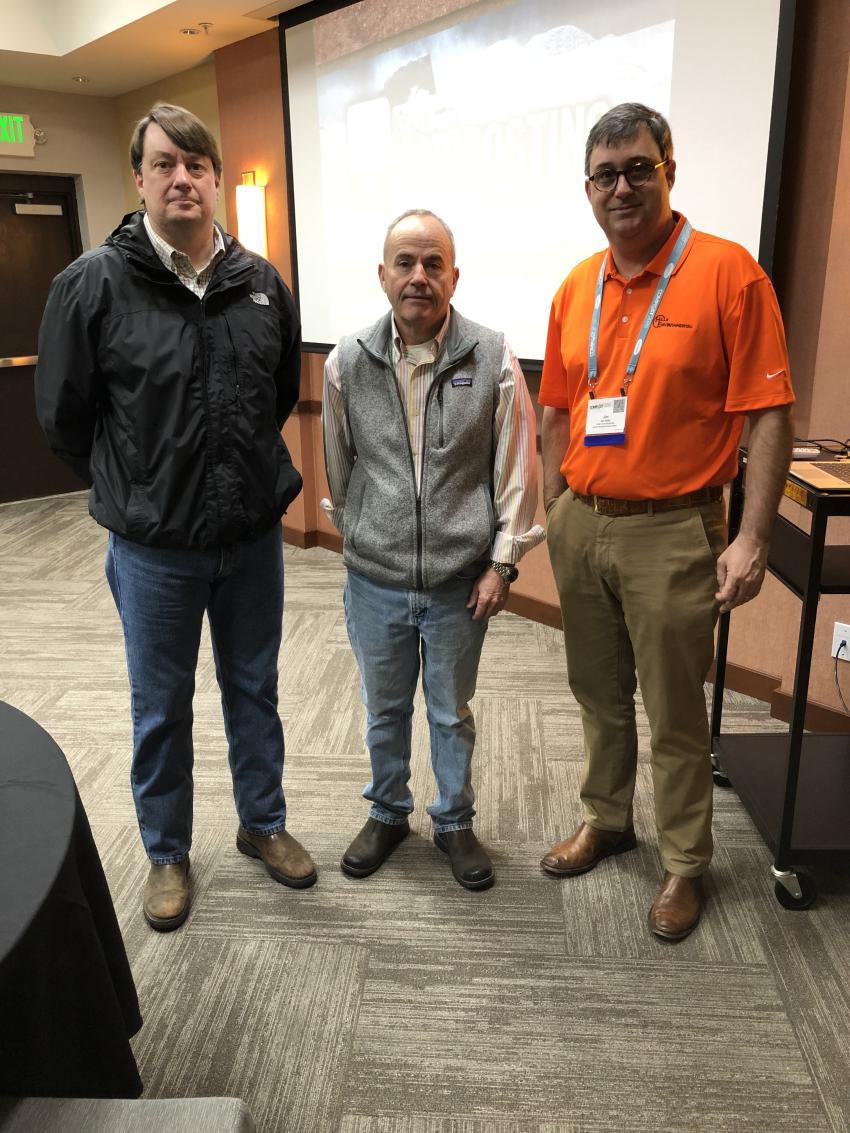 Adam (L) and Jim Hills (R) of Hills Machinery in Charleston, S.C., hosted a breakfast at the conference where Patrick Geraty, president of St. Louis Composting, was the keynote speaker. 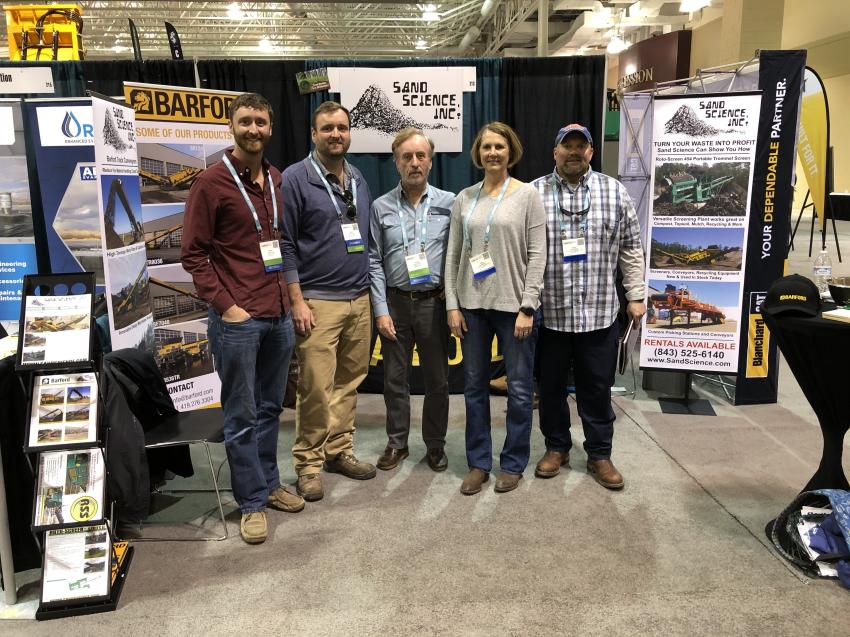 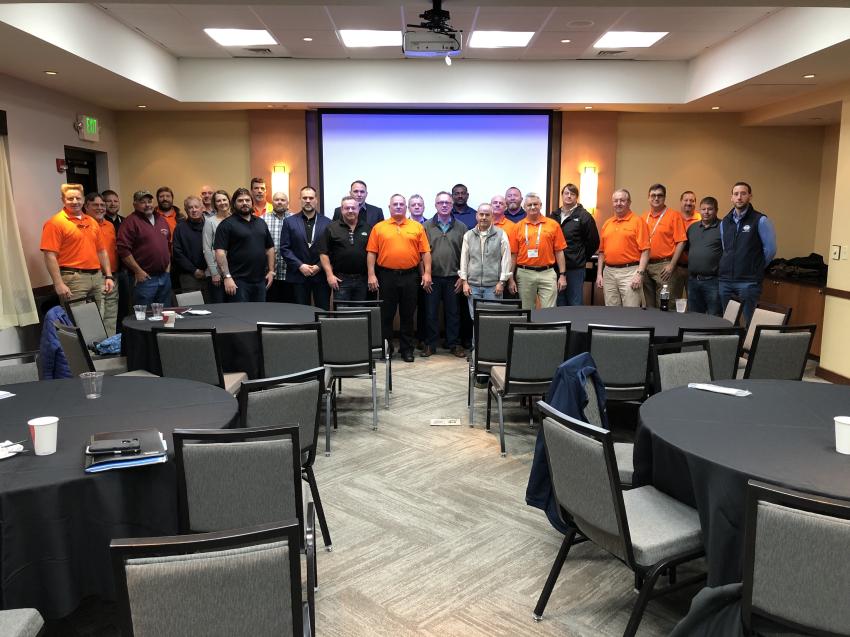 The folks who attended the Hills Machinery breakfast. 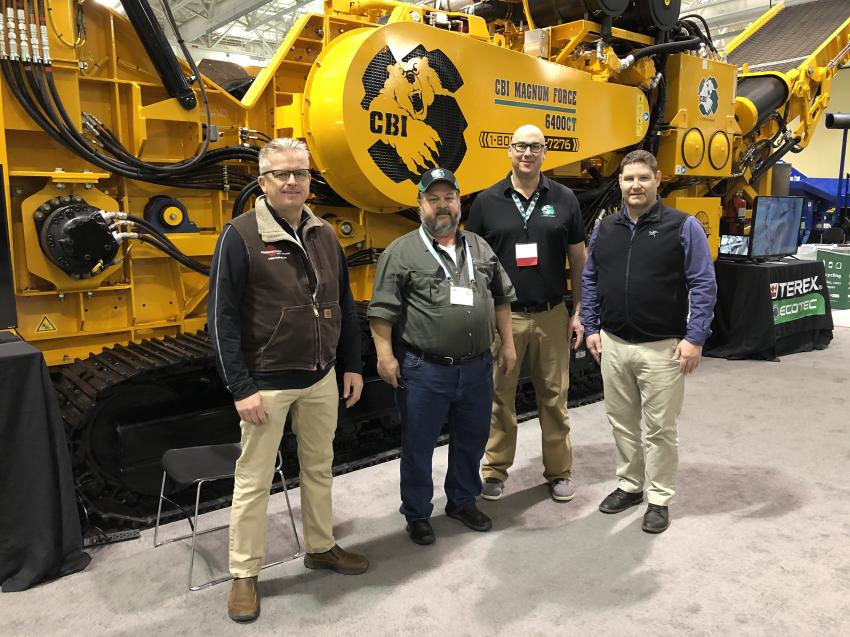 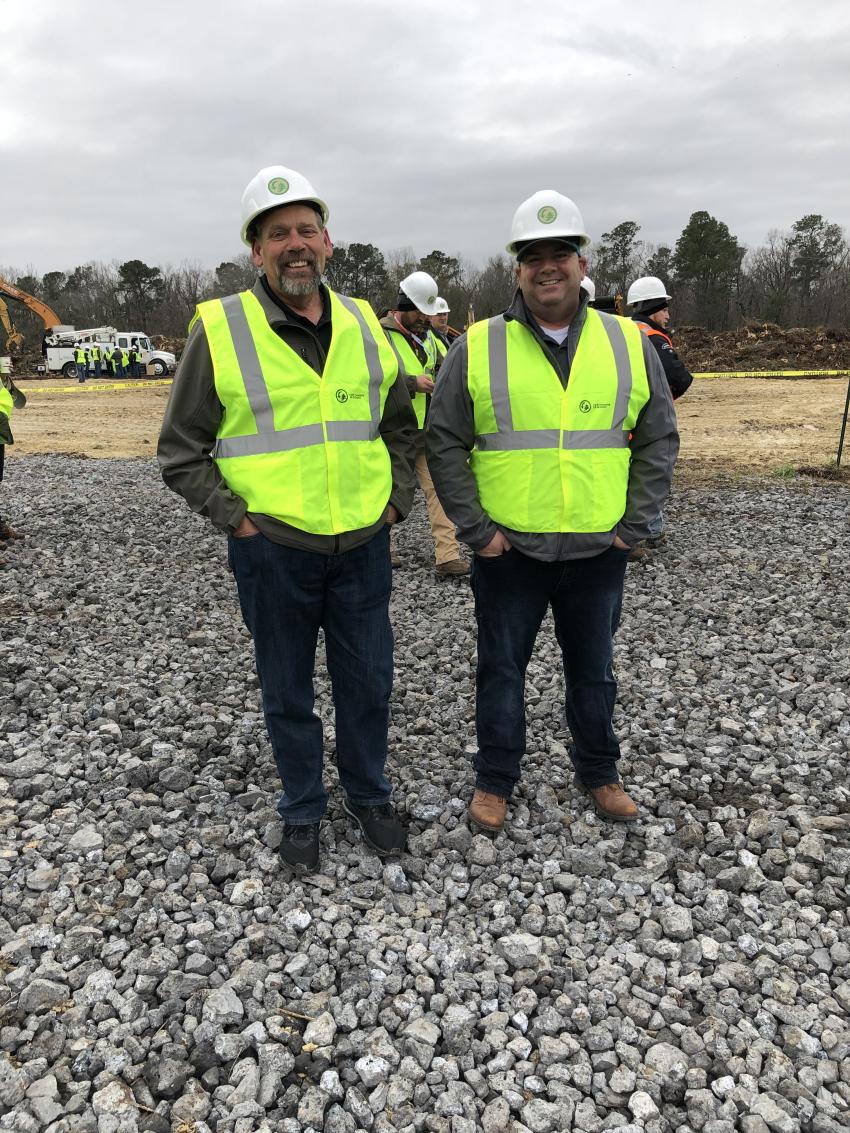 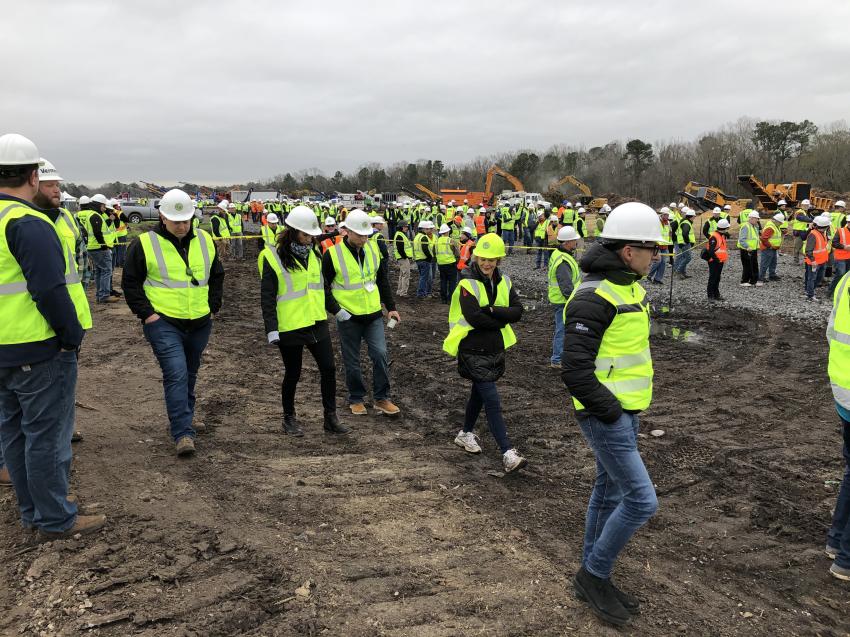 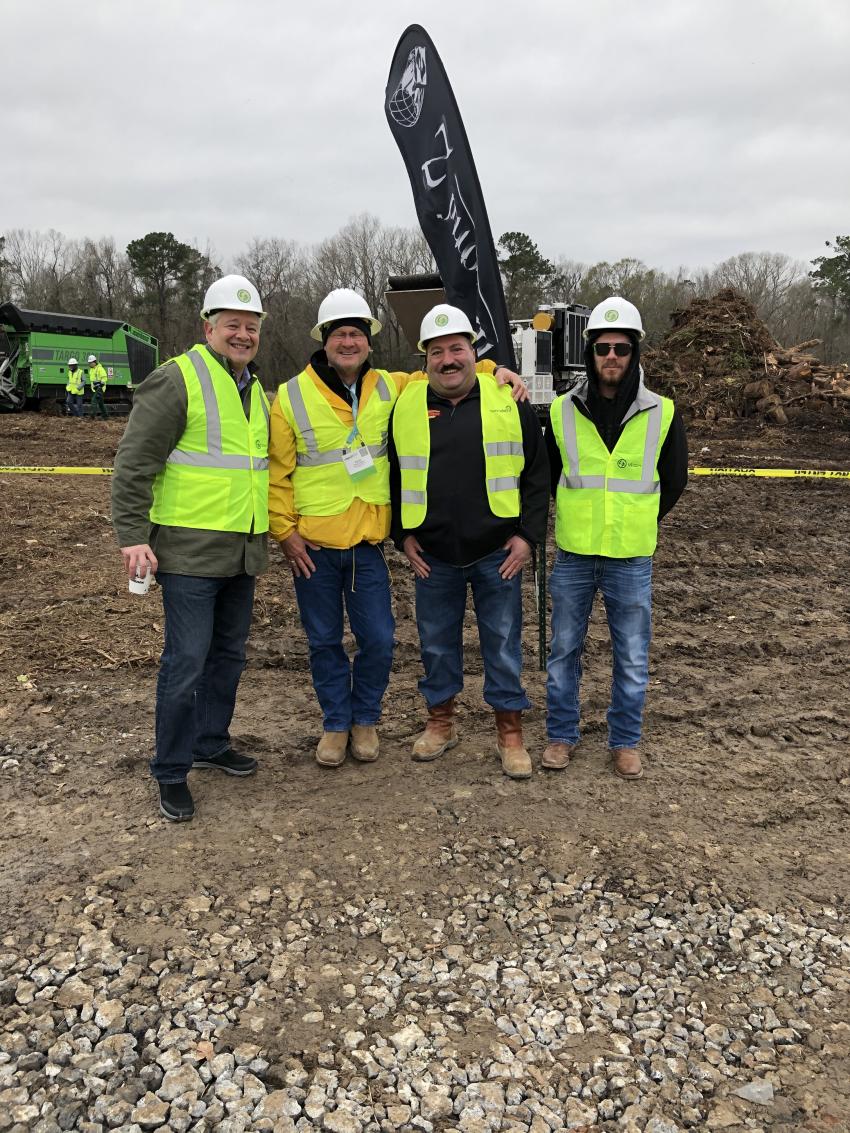 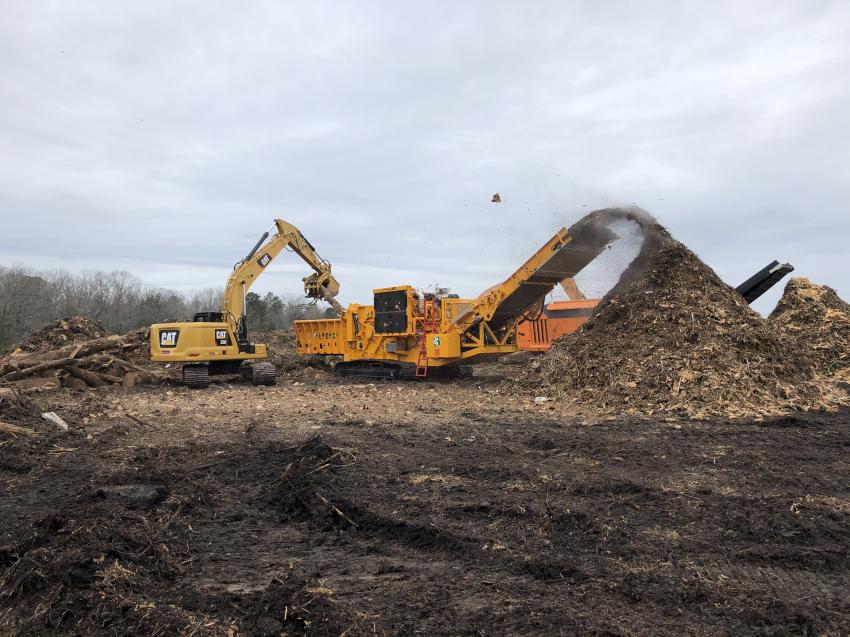 A Terex CBI is being fed by a Cat 320 excavator. 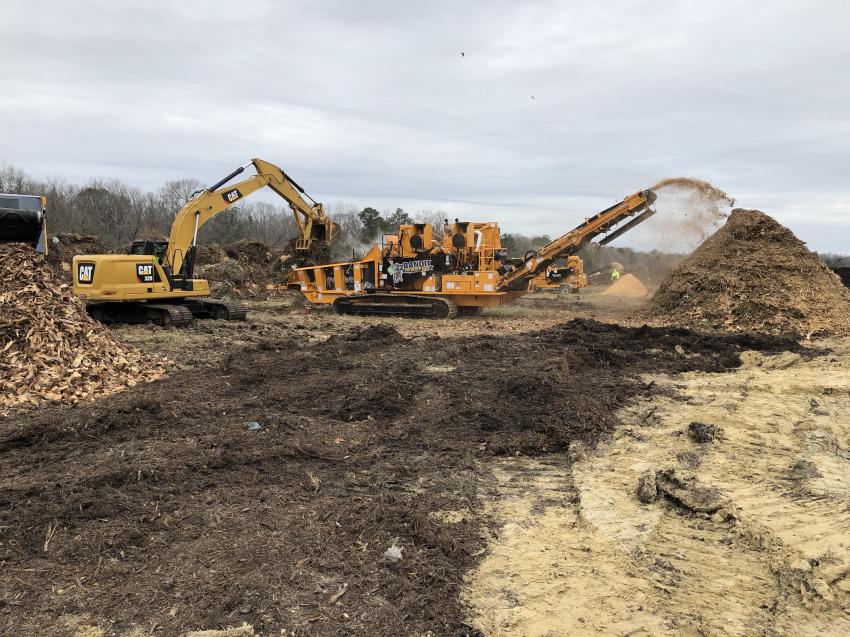