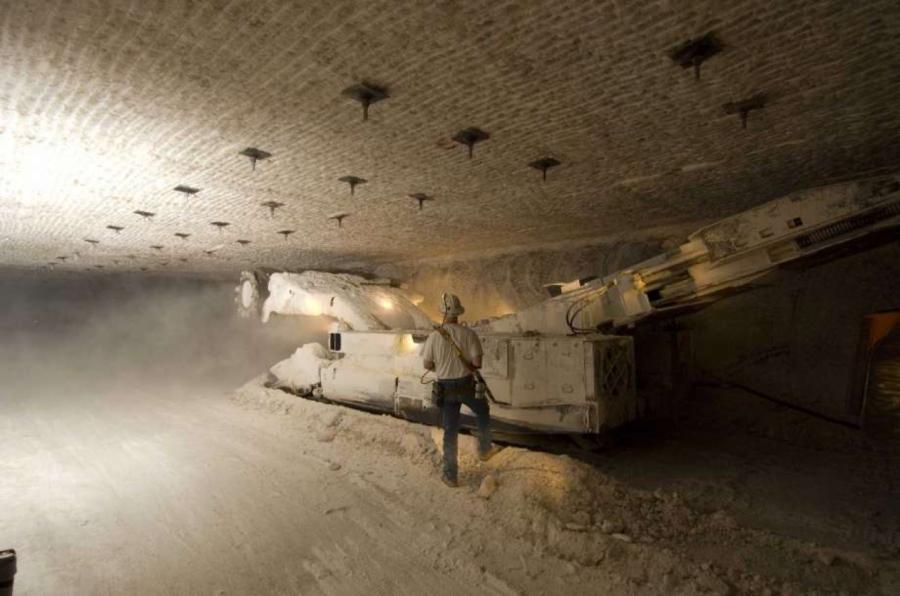 Workers are expected to begin mining operations at the U.S. nuclear waste dump in New Mexico for the first time in three years following a radiation release that contaminated part of the underground repository. (U.S. Department of Energy photo)

ALBUQUERQUE, N.M. (AP) Workers are expected to begin mining operations at the U.S. nuclear waste dump in New Mexico for the first time in three years following a radiation release that contaminated part of the underground repository, the Energy Department said on Oct. 17.

The work to carve out more disposal space from the ancient salt formation where the repository is located will begin later this fall and should be completed by 2020, the department said in a statement.

The repository, named the Waste Isolation Pilot Plant, began accepting shipments of radioactive waste from defense sites and national laboratories earlier this year after being closed for nearly three years.

It's working to catch up with the nation's multibillion-dollar program for cleaning up tons of waste left behind by decades of bomb-making and nuclear research. The waste includes radioactive tools, gloves, clothing and other debris.

The pace of shipments is increasing slowly, but federal auditors recently raised concerns that the repository could run out of space. The U.S. Government Accountability Office also found that the Energy Department has no plans for securing regulatory approvals and expanding the Waste Isolation Pilot Plant before it reaches capacity in less than a decade.

Mining for the new disposal area first began in 2013 but was halted after the radiation release in February 2014.

A chemical reaction inside a barrel of waste that was inappropriately packed at Los Alamos National Laboratory before being shipped to the southern New Mexico repository was blamed for the radiation release.

Twenty-two workers at the repository were exposed, and monitors at the surface recorded low levels of radiological contamination. Officials maintained that nearby communities were not at risk.

The incident resulted in a $74 million settlement with the state of New Mexico for numerous permit violations at both the lab and the repository. Investigators said the misstep could have been avoided if existing policies and procedures had been followed.

The settlement, signed in early 2016, was at the time the largest ever negotiated between a state and the Energy Department.

Since then, some areas of the repository have remained off-limits, making it impossible for crews to do maintenance to prevent its ever-shifting salt ceilings and walls from collapsing.

In one area, monitors recently picked up on increased movement, indicating some instability. A rock fall last November forced a brief evacuation of workers but there were no injuries or contamination.

As the mining work resumes, officials said crews will install rock bolts to provide stability inside the new disposal vault.

A machine called a continuous miner removes the salt. It's loaded into a large truck and then a hoist that carries the material nearly a half-mile (0.8 km) to the surface.