USDOT Will Loan $537.1M to NYC for Moynihan Train Hall 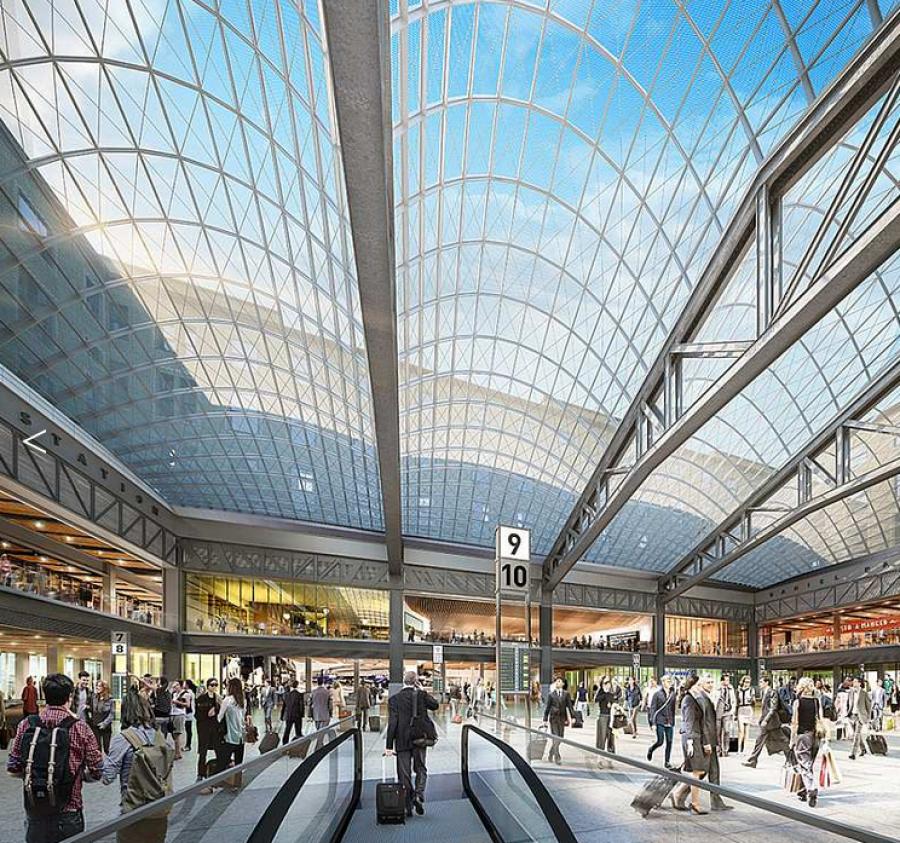 Located in the James A. Farley Post Office Building, the project will be the new home of Amtrak and will serve as the arrival and departures hall for all Amtrak passengers in New York City. (Image by SOM & Methanoia Inc. — Courtesy Gov. Andrew Cuomo's office.)

The project will deliver critical improvements and expansions that will ease congestion and delays and facilitate future passenger demand. The Train Hall will benefit the entire Northeast Corridor (NEC) service area, as two-thirds of all NEC rail trips pass through Penn Station today.

“This TIFIA loan will help transform the James A. Farley Post Office Building in Manhattan to include a modern, state-of-the-art train station, delivering extensive improvements for passengers in easing congestion and delays,” said Chao. “This is an important investment in the Northeast Corridor's rail service and the economic vitality of the region.”

The project is expected to relieve congestion at New York City's Penn Station, which is the busiest passenger transportation facility in the United States with 650,000 passengers per weekday.

Located in the James A. Farley Post Office Building, the project will be the new home of Amtrak and will serve as the arrival and departures hall for all Amtrak passengers in New York City. It also will provide ticketing and other facilities for Metropolitan Transportation Authority's (MTA) Long Island Rail Road service (LIRR).

Construction of the project has commenced and is expected to conclude in December 2020. The TIFIA loan for the approximately $1.85 billion project will provide critical financing to this public-private partnership, in which ESD, the Port Authority of New York and New Jersey, MTA, Amtrak and private developers will provide the remainder of the approximately $1.3 billion in funding for the project.

The department applies the appropriate statutory criteria and evaluates projects individually on their merits to advance and renew America's infrastructure. The Moynihan Train Hall presents a well-supported application for loan assistance that will relieve congestion at a significant location.