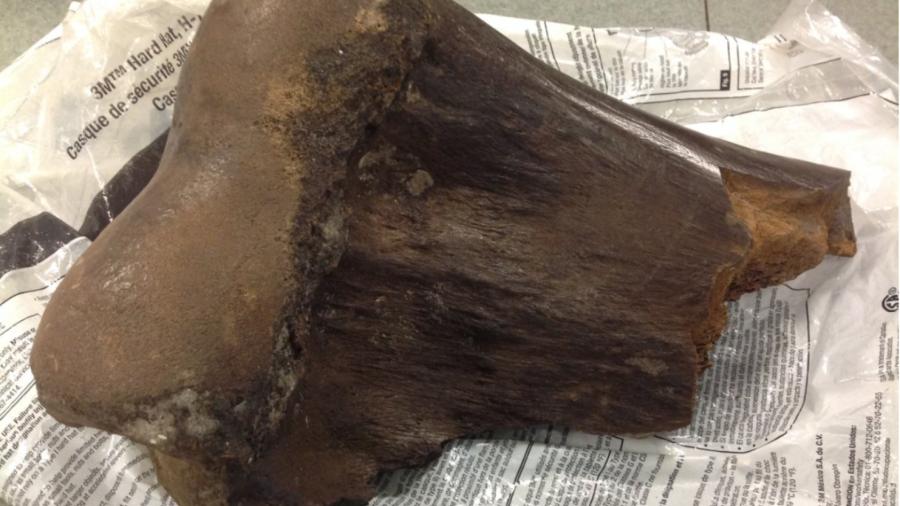 The Cape Coral Daily Breeze reported that the fragment appears to be part of a humerus bone.

A Florida construction crew recently found a piece of history – or rather, pre-history – at a site in Cape Coral.

The crew was doing utility work about 17 feet deep when they dug up an enormous bone, which is presumed to be from a mastodon, or mammoth, the New York Post reported. Paleontologists will attempt to determine exactly what species the bone belongs to. According to researchers, the bone is likely around 250,000 years old.

The Cape Coral Daily Breeze reported that the fragment appears to be part of a humerus bone.

According to Kevin Higginson, UEP project manager, the fragment was “not something we typically find while we're constructing utility, but we thought it'd be interesting to share,” the News-Press reported.

The size of the bone, which measures about one-ft.-by-one-ft., suggests that there may be more of the fossilized skeleton in the surrounding ground, the New York Post reported.

“It's a fairly large bone fragment and is unlikely to be the only bone in the area, said Ryan Franklin, assistant director of the Archaeological and Historical Conservancy, Inc., Fox News reported.