The Raiders want to kick off the 2020 season at the 65,000-seat domed stadium they plan to build near the Las Vegas Strip. 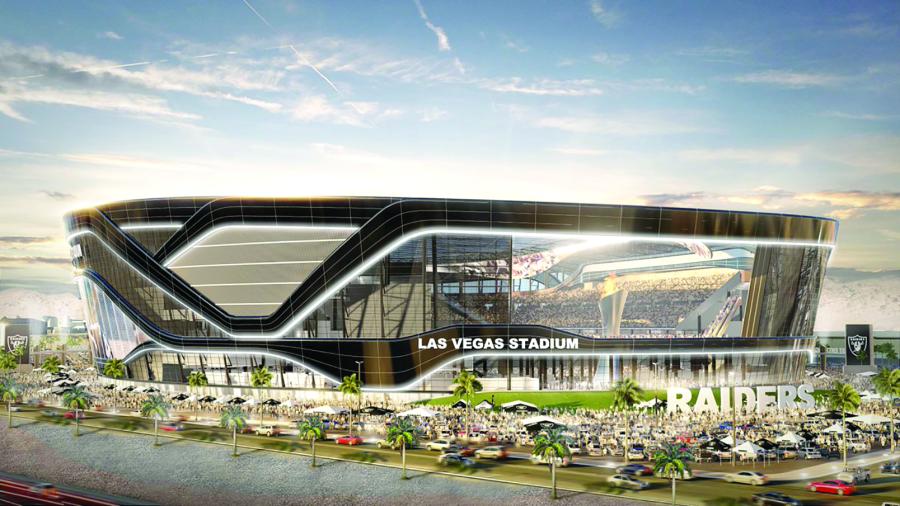 The Raiders want to kick off the 2020 season at the 65,000-seat domed stadium they plan to build near the Las Vegas Strip. (Manica Architecture photo)

LAS VEGAS (AP) When the Oakland Raiders received a $750 million commitment from the Nevada Legislature in October to help build their future home in Las Vegas, they also were directed to ensure the greatest possible participation by the local community in the design, construction and operation of the stadium.

Months later, after the team already has picked a general contractor and a design firm — neither based in Nevada — how that mandate will be carried out is still being negotiated.

Construction workers cheered when the public board that oversees the proposed stadium approved an agreement kicking off the $1.9 billion project. But since the cheering, minority-owned businesses and others have continued reminding the board and Raiders executives to remember them.

"We want to ensure that the communities who fought for the stadium benefit from the stadium with small businesses, employment and community quality of life," Shaundell Newsome, vice chairman of the Urban Chamber of Commerce board of directors, told members of the Las Vegas Stadium Authority Board at a recent meeting.

The law that authorized a tax increase to partially fund the stadium called for the development of a "community benefits plan" and an accompanying oversight committee to ensure that as many local residents as possible would have access to the economic opportunities the stadium is expected to create. Other recent NFL stadium deals have included similar requirements.

In Nevada, Democratic state Sen. Aaron Ford was the main advocate for requiring the benefits plan and oversight committee. He told The Associated Press he wants the document to address several such issues as workforce development and training, entrepreneurship and community investment.

"It's a once-in-a-lifetime opportunity that can move southern Nevada's economy forward," Ford said. "But we wanted to ensure that all local residents of every diverse background that we have are prepared to compete and participate in those opportunities."

The Raiders want to kick off the 2020 season at the 65,000-seat domed stadium they plan to build near the Las Vegas Strip. The team faces a series of tight deadlines after several weeks of work were lost when an instrumental financial backer backed out, forcing team executives to scramble to get a $650 million loan from Bank of America.

The team has selected Missouri-based Manica Architecture to design the stadium. Minneapolis-based Mortenson Construction — which beat the timeline to build the Minnesota Viking's stadium — has been hired as the general contractor in a partnership with McCarthy Building Companies Inc. of suburban Las Vegas.

Stadium Authority board consultant Jeremy Aguero said the Raiders are working on the community benefits agreement "to make sure that they get it right." Board chairman Steve Hill said a draft of the agreement will be reviewed in July, but stressed that the document "doesn't have to be in place" for outreach efforts to begin.

Similar documents used in other stadium deals have included hiring guidelines. In Minnesota, the state set a goal in 2012 for 32 percent of construction workers at U.S. Bank Stadium to be minorities and 6 percent women. The Vikings' project surpassed the goal with 37 percent minority hiring and 9 percent women.

In Inglewood, Calif., the City Council in 2015 approved an agreement for the construction of the Rams and Chargers stadium requiring that no less than 18 percent of the funds awarded for construction-related contracts and subcontracts go to minority and disadvantaged businesses.

When Ford touted the inclusion of the agreement in the law last year, he said he expected the team to use "reasonable best efforts" to hire local residents for at least 50 percent of the jobs.

Melvin Green, principal architect with a Las Vegas firm, has testified before the stadium board about his concerns that minority professionals are being excluded.